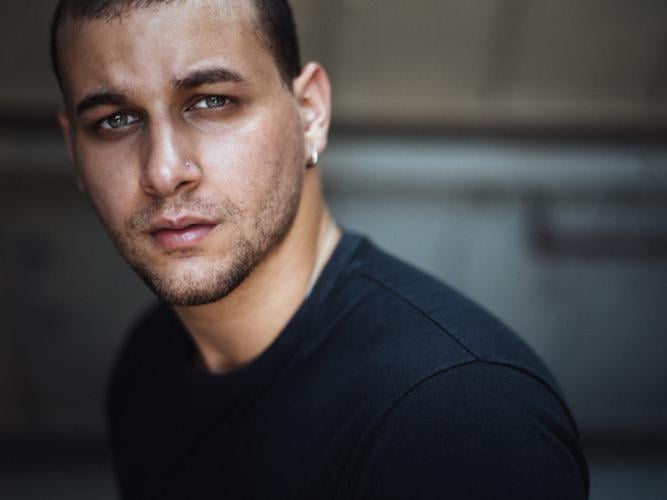 Long-time Hamilton resident Alejandro Hernandez has spent the past three years as a regular recurring cast member on the medical drama “New Amsterdam,” which airs Tuesdays at 10 p.m. on NBC and Wednesdays on Peacock. 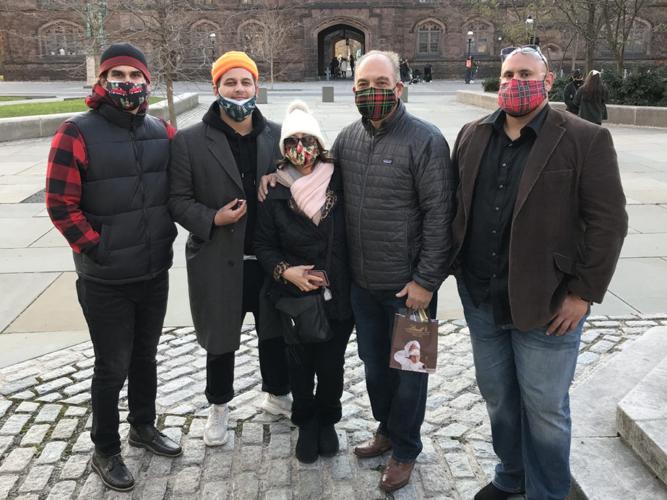 Stealing the microphone at his nursery school graduation may not have seemed like a momentous occasion in young Alejandro Hernandez’s life at the time, but his father says that was when he knew his son was going to go on to do big things.

Hernandez has gone on from that moment to appear star in a variety of network TV shows in recent years, including Gotham, Blue Bloods, and now in his most recent role on New Amsterdam.

He plays Nurse Casey on New Amsterdam every Tuesday at 10 p.m. on NBC. New Amsterdam stars Ryan Eggold as the main character, Dr. Max Goodwin. When Goodwin becomes medical director at a New York hospital, he must take on the responsibilities that come with caring for patients as well as his staff.

The show follows these different staff members and their various journeys while working at the hospital.

A new part of Hernandez’s life with his recurring role on New Amsterdam has been people recognizing him at various different places. He recalls his most surreal moment with a fan to be while he was on vacation in Paris with his girlfriend. A man from Brazil went up to Hernandez and spoke about how he watches the show and how much he enjoys it.

Aside from this encounter, he has been recognized at places such as a local Walgreens and in Hoboken with friends.

As with every job though, there are hard parts that come with a career in acting. Being on set in New York for 12-13 hours a day can drag sometimes, but he says the other members of the crew are always there to lift each other’s spirits and keep a positive atmosphere.

Then three years ago he joined the cast of New Amsterdam. He describes his colleagues as, “sweet and genuine,” being the best he has worked with.

Because New Amsterdam is a medical drama, there are often also nurses and consultants on set to help the actors portray things as accurately as possible.

Hernandez says talking with healthcare workers on set helps him understand what those workers have been going through during the pandemic.

Not being able to save everyone is a big part of what these on-set consultants in the medical field struggle with, along with long days and just being tired. Hernandez does his best to do them justice in his portrayal of Casey.

He finds that acting is going deep inside yourself and displaying the pieces necessary for that specific character. “You have to dig into yourself to find some common ground with the character,” Hernandez says.

Hernandez is the middle child of Roberto and Aida Hernandez. His older brother, Carlos, is 34. Younger brother Roberto is 26.

Hernandez remembers his family moving from Trenton to Hamilton in 1993, He said it felt like a new world. His was one of few Hispanic families in the community.

Eventually he made friends and adjusted to the new surroundings. He says growing up there was a sense of both Hispanic and American culture inside the house.

“It shaped who I am and the stories I wanted to tell,” Hernandez says.

When he was younger, sports were a big part of his life. He grew up playing basketball and baseball at the YMCA in Hamilton.

After graduating from Steinert High School in 2008, he made a move from the fields to the dance floor. His dream was to become part of an international ballet group, and he enrolled at the University of the Arts, in Philadelphia, to study dance.

But there came a time when he realized that dancing was not his future. He left the program, enrolled at Mercer County Community College, and changed his focus to drama.

After Mercer, he went on to earn a bachelor’s degree in theater from Montclair State University.

His first real gig came soon after he graduated. He went down to the Actors Theatre of Louisville, in Kentucky, where he performed in a whole season of shows. The people he was working with ranged from being on Broadway to from Los Angeles.

He says being in that environment helped show him exactly what it meant to be an actor.

After the season in Louisville, Hernandez signed with HCKR agency in New York. The representation helped him get audition after audition as he sought to forge a career on TV.

Hernandez first appeared on television as a guest star in Gotham in 2016. Over the next few years, he appeared in a number of other TV shows, including Madam Secretary, Elementary, Blue Bloods and Law and Order: Special Victims Unit.

Then in 2018, he was cast in recurring roles in two shows: as a detective for seven episodes of the CBS’ police drama Instinct, and as nurse Casey Acosta in New Amsterdam. He first appeared on New Amsterdam in the third episode of Season 1, and has now appeared in 34 episodes and all three seasons.

“Everyone’s extremely personable whether it’s interacting with the cast or crew,” says Hernandez about life on the show.

Ever since he was younger, Hernandez has understood the value of helping out in his community. says Roberto, who is director of El Centro. For more than 20 years, El Centro has been a major resource providing services for the Spanish-speaking community in and around Trenton.

Roberto talks about how much his son contributed over the years, doing things like making food deliveries and helping people fill out forms that were difficult for them to understand.

Roberto says that when Alejandro was younger, he always wanted to give money to anyone he saw experiencing homelessness. To this day, he still does small acts of kindness like that.

Hernandez has also been involved with Special Olympics for many years. The organization holds a special place in his heart since his brother Roberto was diagnosed with autism.

From the time Hernandez was in high school, he has helped out at his younger brother’s school anywhere from assembling sets for plays, to attending and helping out at swim practices. “He’s been a great son and a great role model.”

When he comes home, Aida, loves to make his favorite foods, such as rice and beans. Roberto says he tries to spend time with his brothers by catching a movie or just hanging out at their house.

Even with his successful acting career so far, he continues to be himself. “He comes home and he’s just Alex….I’ll tell him, ‘Your socks are on the floor go pick them up,’” Roberto says with a laugh.