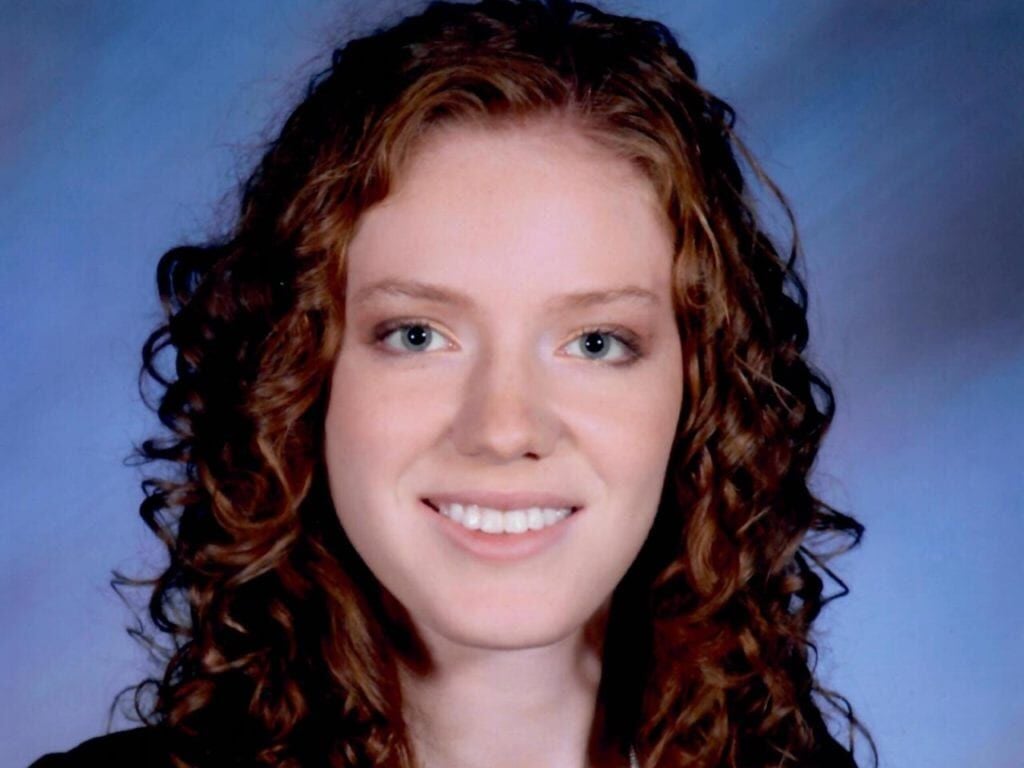 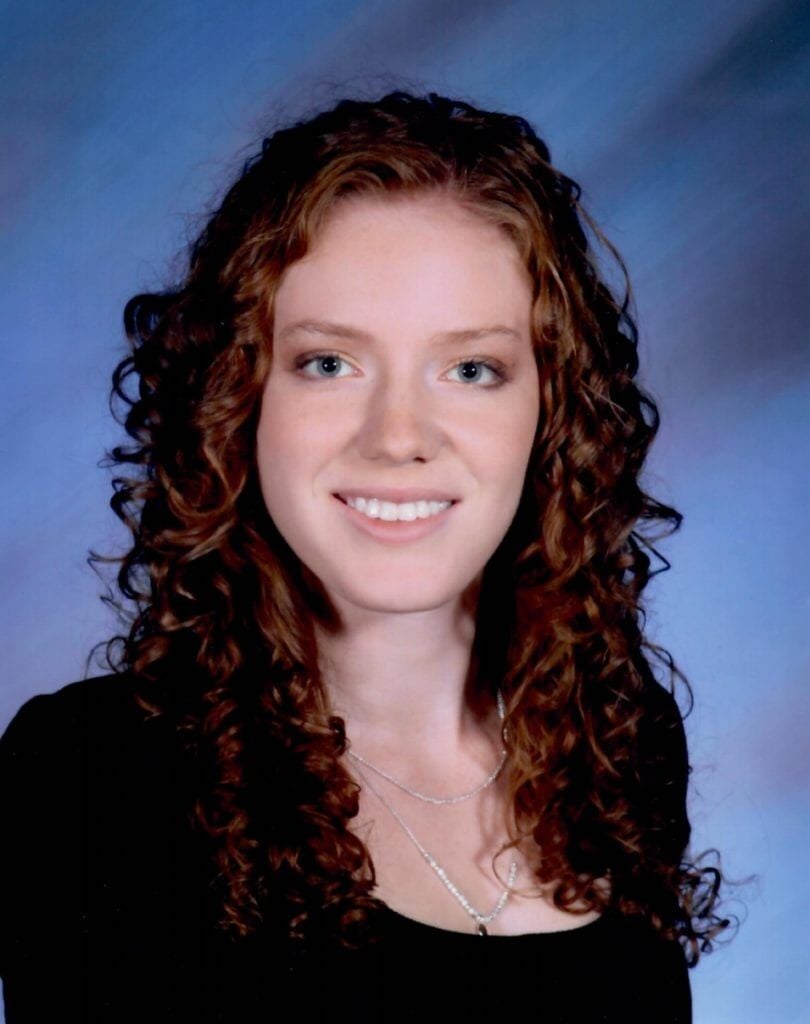 Amanda Steele loves to volunteer in the Robbinsville community, but she always felt that she wanted to do more. So she got cooking.

Steele, a 16-year-old Robbinsville High School student, is currently working on the Robbinsville Community Cookbook, a crowdsourced book for recipes by residents. The book will be sold at this year’s Community Day celebration, and proceeds will go to Ability Tree NJ, based in Robbinsville.

Ability Tree has become one of Steele’s favorite charities. She learned about the group through her community church in Robbinsville and decided to get involved with the organization.

She started working at the nonprofit’s Respite Nights, an evening where parents who have a child with a disability can leave their son or daughter with volunteers (siblings without disabilities can also attend), so that the parents can have a night out. The children play with each other, along with the volunteers, during the course of the evening.

“After that, I volunteered as much as I was able to,” Steele said.

But, for Steele, that wasn’t quite enough.

“I really wanted to do something on my own, and it occurred to me that a really big part of any culture is food,” she said. “There are so many different cultures in Robbinsville that I thought a really good way to unite our community was through the different foods that our cultures represent. And that’s when I thought of a cookbook. It could serve two purposes: There would be a fundraising aspect, to help raise money for Ability Tree NJ, but the actual cookbook could be a little part of Robbinsville’s collective culture.”

And so, Steele, who herself loves baking (she spent Christmas break baking every day for her family) went to work. The planning started last August, when she started researching different companies who could produce the cookbook.

“I decided on Morris Press Cookbooks: they have a nice function for inputting recipes and organizing how the cookbook will look,” she said. “I did that so I could create a legitimate proposal to pitch the idea to Dr. Natalie Schuberth [president of the New Jersey chapter of Ability Tree].”

Schuberth loved the idea and helped Steele with strategizing ways to publicize the cookbook and elicit recipes.

“I asked her how to market it, how to reach out to people,” Steele said. “We both agreed that social media would be a main vehicle for advertising.”

It was at that point that she decided to create a short video summarizing the cookbook idea.

Robbinsville High student Amanda Steele is creating Robbinsville's first Community Cookbook, with all the proceeds from the eventual sale going towards Ability Tree NJ – a non-profit organization that assists individuals and families impacted by disability through R.E.S.T. (Recreation, Education, Support, Training).In order to create a cookbook that truly represents the entire Town, Amanda is collecting recipes from all facets of the community. Submit a recipe to RvilleCooks@gmail.com.

In the video, you see the curly-haired, smiling Steele talking in front of a giant old tree, with a soft wind blowing, and the cookbook email address on the bottom left-hand corner, with the Ability Tree logo on the right.

“We have one of the best and strongest communities in New Jersey. People from all backgrounds, ethnicities, religions and walks of life have chosen to make Robbinsville their home,” Steele says in the video. “Through sharing our recipes, we will be sharing little slices of our lives, connecting us with community members that we may not even know.”

Steele then goes on to talk about Ability Tree and how the recipes will help build the cookbook that could then help the charity.

“My mom was amazing with helping with the video,” Steele said. “She was the one driving me around Robbinsville, and was so patient along the way. I wrote up a short script and then we had to look for a place to film it. I wanted it to be outside, and so we drove around town, looking for a place.

“But, on summer mornings, every place seemed too loud. Everyone in Robbinsville seemed to be out, you could hear the highway, or people mowing their lawn. I never realized how loud this town was. Finally, we went back to my neighborhood, and it worked out, because things had quieted down by the afternoon. I ended up in a perfect spot, on my neighbor’s lawn in front of a tree.”

Once the video was finished, Steele sent the raw footage over to her friend Johnny Blando, a junior at Robbinsville High School, and president of the film club.

“He edited the video, input the email address I wanted recipes sent to, did a fade in and fade out,” Steele said. “He did a great job.”

Once Steele had the video in hand, she posted it to the two Around Robbinsville pages on Facebook. The video went up Nov. 13.

“I thought those two pages were the best platforms because it is localized to Robbinsville, more targeted,” Steele said. “Natalie wrote a nice little message about the cookbook.”

Almost immediately, Steele started seeing the fruits of her labor. Residents were watching, commenting and sharing. The video racked up a couple of thousand views.

And apparently, that also did the trick in terms of soliciting the content she needed. As of this writing, Steele has about 70 recipes, a diverse list of just about “everything,” she said.

“I have a bunch of desserts, chicken recipes, dishes for all courses, all types of food,” she said. “I have mandel bread, Greek dishes, Middle Eastern recipes like hummus and tabbouleh, Cajun catfish, even English dishes like shepherd’s pie.”

Once Amanda finishes inputting all the recipes, she will design the cookbook. The original deadline was March 1, but “It’s a soft deadline,” she said. Steele recently pushed it back to March 10 to coincide with the publication of this article.

The official launch of the cookbook is Robbinsville Community Day on June 13, where Steele will either be at her own booth or at the Ability Tree Booth, selling the book (right now she estimates the price to be $20), with all profits going to the charity.

“The price point is determined by the number of recipes in the book and what it will take to produce,” she said.

“Simply The Robbinsville Community Cookbook,” Steele said. “It’s simple, straight to the point, and says just what it is.”

“That is my shoot for the moon, you will land among the stars goal.”

If you have a recipe you would like to submit to the cookbook, send an email to Steele at rvillecooks@gmail.com.