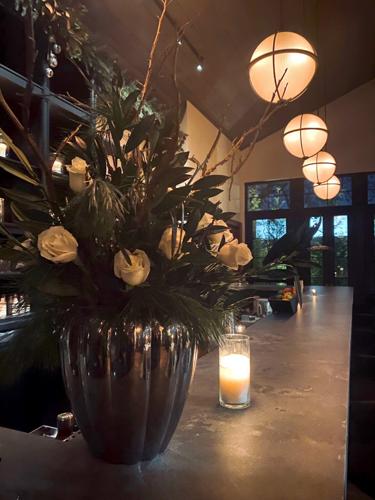 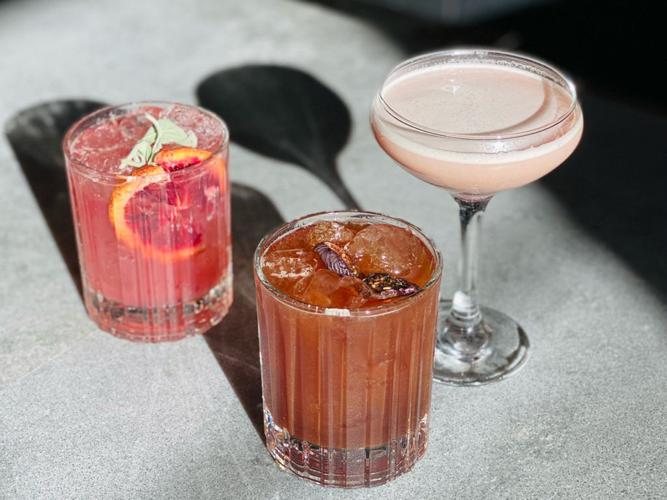 Cocktails are available at Boro’s bar. Boro is the only restaurant in Pennington with a liquor license. 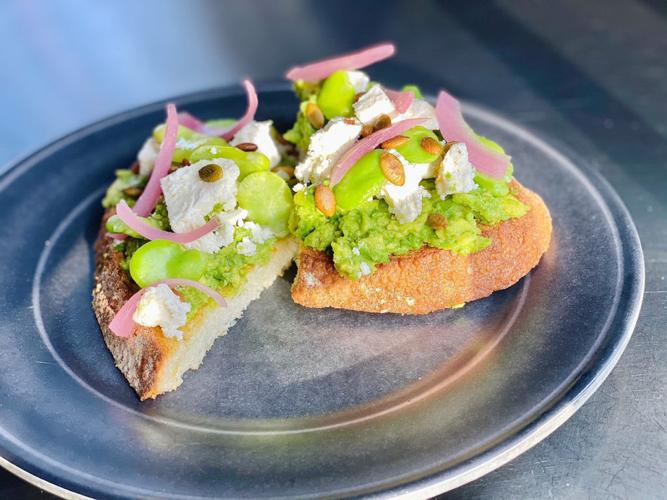 Boro, Pennington’s newest restaurant, is about refinement. Refinement in cooking, refinement in dining — and refinement of a concept that owners Ben and Katie Sanford have nurtured for a decade.

The freshly renovated Boro — known until November as Cugino’s Italian Market — is now essentially two businesses in one. Boro Market is a reimagined version of Cugino’s, the shop the Sanfords opened on Pennington Circle in 2011 and moved to Old Mill Square in 2016.

It will offer the same types of prepared foods, fresh pasta, light fare and imported specialty items that Cugino’s was known for, only with a more continental approach. Soups, salads, pizzas, sandwiches and more are available for takeout or, pandemic restrictions notwithstanding, to eat in at the market’s expanded seating area.

“We wanted to step away from the Italian focus, go a bit more of a worldly approach,” Ben Sanford says. “We have cheeses and meats from France and Spain as well as Italy, as well as Greece. We didn’t want to be pigeonholed as Italian, which is why we wanted to rebrand.”

Sharing space with the market is Boro Restaurant/Bar, a whole new food and dining experience. Chef Jason Santillo is using many of the same products and ingredients available in the market to build his menu of small plates, salads, pastas and mains.

“We’re taking top quality ingredients from around the world and putting them together in a straightforward approach. Simple components, but presented beautifully,” Sanford says. “We don’t overdo it. No foams, nothing of that nature. But when the food comes out, it looks like a work of art on a plate.”

New and exciting for both sides of the business will be a first for Pennington: Boro has purchased the borough’s only liquor license. Cocktails, wine and beer are available in the restaurant as well as the market, which features a brand new wine and espresso bar.

“We always had the dream of having a restaurant, and when Za went out of business, we took a look at the place. A lot of things were enticing about it. It’s close to our previous location, so we felt we’d be able to retain our existing clientele,” Sanford says. “The liquor license was one of the main motivations for moving our store from Pennington Circle (which is technically Hopewell Township) to this location in Pennington Borough.”

The borough had attempted to auction off several times since 2010, without any takers. Consumption licenses are relatively scarce in New Jersey, and therefore typically a big expense for a restaurant.

“We felt we had proved ourselves as far as establishing a successful business, and by adding this liquor license, we thought it would be a really big draw for people in the Hopewell Pennington area,” Sanford says.

Boro Market reopened in time for Thanksgiving. The restaurant officially opened on Dec. 8. Back in 2011, the Sanfords had opened Cugino’s in a partnership with Ben’s cousin, Joe Egitto.

In 2014, they took over Cafe 72 in Ewing, which they still own and operate. In 2016, they moved the market to West Delaware Avenue with the intention of doing what they are doing now. Egitto and the Sanfords have since parted ways.

Over the past several years, they have been working on their plan to update and expand what they had in Pennington. Sanford says during the renovation phase, he dealt mostly with matters relating to finances and construction, while Katie took on interior design duties as well as developing the menu and cocktail program.

“She spent a lot of time over the past year and a half, kind of seeing what a lot of other restaurants are doing around the country, around the world, and putting her twist and vision and passion into it, then working with our chef to be able to execute it,” Sanford says.

There came a time when they decided they wanted to push the business past the constraints of an Italian market. “When we were thinking about the menu, we were thinking that if we limit ourselves to selling only Italian products, we lose out on a lot of great food that’s out there,” Sanford says.

When the Sanfords opened Cugino’s, there were not many Italian markets in the area. There was Porfirio’s, the Chambersburg staple that had moved to Hamilton the previous decade, but not many else. In the years since, several more have opened, including Dolce and Clemente’s in Robbinsville and D’Angelo’s in Princeton. That market proliferation is one of the motivators for their decision to broaden the menu at both the market and the restaurant.

“You have to look at what’s going on in the market to stay at the top of your game, you have to adjust and adapt to what is happening in the world,” Sanford says. “We are looking at what successful restaurants around the country are doing to be successful, and taking a page out of their book.”

He says that despite the COVID-19 pandemic, response to the opening of the new restaurant was pretty good. “The first couple days were quiet, which we kind of expected. But each day seemed to get a little better. We’re hoping to continue that momentum into some nice regular business, especially as vaccines come out.”

Café 72 has been holding its own as well, Sanford says. “Business has been slower than it was when weather was nicer, because outdoor dining has taken a big hit since it got colder. But it has a good loyal customer base and we are thankful that we have been able to keep going.”