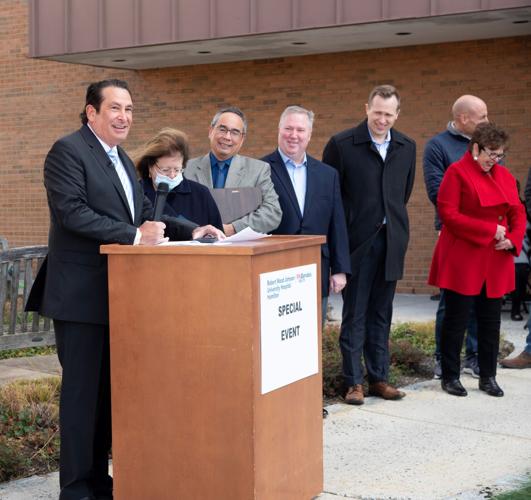 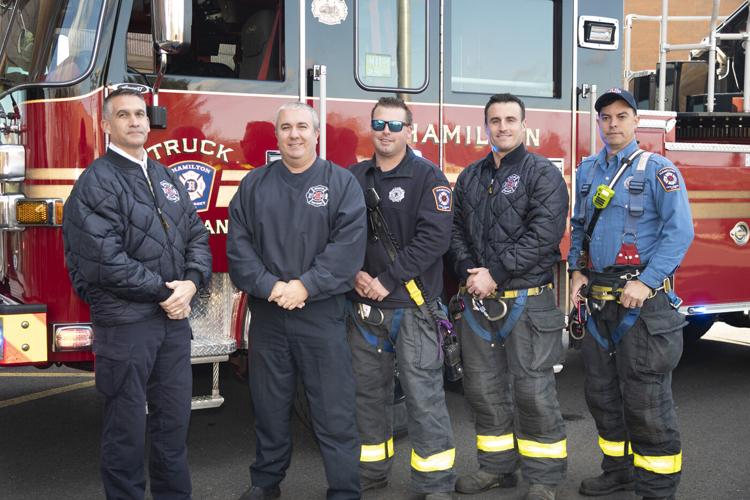 Fifty years ago, in response to Hamilton Township’s growing population, Trenton General Hospital relocated from the capital city to its suburban neighbor, becoming Hamilton Hospital in the process.

On Nov. 15, 1971, ambulances transported patients from Trenton General across the border to its new, 43-acre home at the corner of Klockner and Whitehorse Hamilton Square Roads.

On Nov. 19, the hospital, now known as Robert Wood Johnson University Hospital Hamilton, invited township fire and rescue squads to re-create that journey in a ceremony held at the hospital’s main entrance.

Emergency vehicles and fire trucks rolled onto the now 67-acre campus one after the other and parked in the circle outside the hospital’s main building — the only building that stood on the site 50 years ago when those first patients were transported in.

Hospital executives and staff, as well as local, county and state officials were in attendance for the ceremony celebrating the occasion. Those who spoke included hospital president and chief executive officer Richard Freeman, hospital vice president of health promotion Diane Grillo, and Mayor Jeff Martin. Nina Melker, a Mercer County Commissioner, chair of the RWJUH Hamilton Foundation and vice chair of the RWJUH Hamilton Board of Trustees, also spoke.

Trenton General Hospital opened in 1941 on South Clinton Avenue. “Here we were in the 40’s, we were a newbie, we were the smallest and the newest, but the board was extremely visionary and agile,” Grillo told the Hamilton Post in February. “In the 60’s they started looking around for a new location, and (then-committeeman) Maury Perilli was on that board. He started pushing the board in the 60’s. He said, ‘Residents of Trenton are moving out to the suburbs, we need to move with them.’”

Perilli, Grillo says, had the vision to get the lake moved to where it is today — and the political will to make it happen. He put forth the idea of putting Hamilton Hospital on one side of the lake and a community park — now Veterans Park — on the other. That idea took shape, and the park, the lake and hospital all became reality within a decade.

At the hospital’s dedication ceremony in 1971, following its move from Trenton, James R. Cowan, then the New Jersey Commissioner of Health, proclaimed: “You have a beautiful building; now you have to build a hospital.”

In the decades since, the hospital has seen considerable growth. Today it sits as a regional medical complex, an important part of the RWJBarnabas Health system, a regional destination for cancer care, neurosciences, orthopedics and bariatrics.

In February, Freeman told the Post that for the staff of the hospital, being a part of the Hamilton community means even more today than it did 50 years ago.

“We never lose sight of our role as a community hospital. But over the years, with the support of our community, we’ve grown to provide services that before, only large city hospitals would provide. Today, at RWJUH Hamilton, you can count on getting the care you need, close to home,” he said.