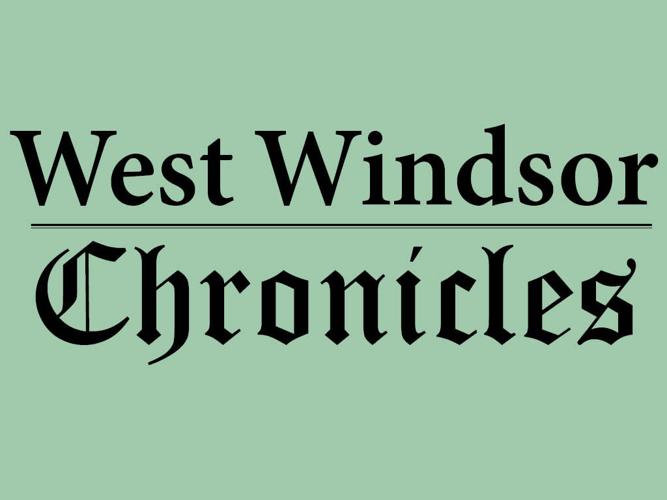 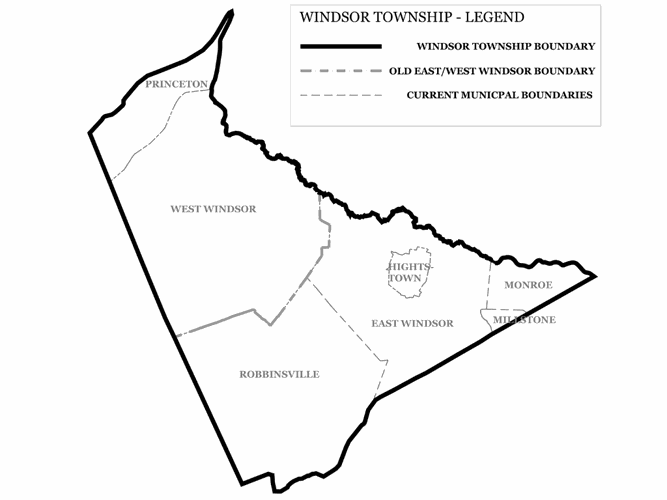 This above map shows the rough boundaries of Windsor Township by the time of its split in 1797, as compared to the current local townships it once encompassed.

Please note—much of the content in this article comes from extensive research conducted by Robert Craig at the Hightstown East Windsor Historical Society. Thanks are given to him for contributing a large portion of what we know about Windsor Township today.

If you are reading this on Feb. 9, get your party hats and balloons out, because it’s time to celebrate our town’s birthday! On Feb. 9, 1797, West Windsor was formed by an act of State Legislature. At 224 years old, the municipality contains a rich, well-documented history. But how, and why, was it formed in the first place?

We must start by taking a step back and examining the history of New Jersey as a whole. The county and township layout of 1700s-era New Jersey might be mostly unrecognizable to the layperson, but it largely featured familiar names.

The land that would become West Windsor was originally in Middlesex County, which, in 1683, was one of the first four (alongside Bergen, Monmouth and Essex) to be formed in the Province of East Jersey.

In 1714, the Assembly set Routes 27 and 206 (most notably Nassau Street, Princeton-Kingtston Road, Stockton Street and Lawrenceville Road as the portions near West Windsor) as the division line between Somerset and Middlesex Counties. At the time, our locality existed in Piscataway Township.

Piscataway continued to encompass what is now West Windsor for the next several years. However, upon New Brunswick Township’s 1724 formation, and the December 1730 charter for a “city” of New Brunswick, this reality changed. Now, Piscataway was stripped of all of its land south of the Raritan River.

However, New Brunswick Township would not retain ownership for long. The same 1730 charter that created the city of New Brunswick failed to describe what lay south of the Millstone River—the present northern boundary of West Windsor—leaving the portion of Middlesex County south of this waterway an “orphan,” without a government.

Even though it encompassed a significant area, New Windsor was hardly populated at the time of its incorporation. Although early maps and deeds suggest that what would become West Windsor was settled by only a handful of families by the 1730s, the most substantial inhabitations around Windsor were Stony Brook in Princeton and Allentown near the southern corner of present-day Robbinsville.

But growth was on the horizon, for several reasons. The first is topographical: our locality features fertile soil and convenient waterways, which invited the establishment of farms and mills, and with them, communities.

The second reason is economic. Initially, much of the land that lay within New Windsor was owned by absentee families, who had acquired substantial tracts in the late 1600s. West Windsor, specifically, was collectively owned by three individuals and their descendants for around half a century: William Penn (founder of Pennsylvania), David Lyell (English goldsmith), and Andrew Hamilton (governor of New Jersey).

However, in the 1730s/40s, these tracts were sold to families that relocated to the vicinity, inviting the first substantial “wave” of settlement that began to define the area that would become West Windsor. Perhaps as a result, in 1751, New Windsor was formally incorporated into the “Township of Windsor.”

Censuses provide us an apt examination of population growth in Windsor. According to a 1772 estimation by Joseph Skelton, Windsor’s tax assessor, New Windsor contained fewer than 40 farms in 1733.

Although in 1776/7 Windsor township was swept up in the American Revolution via several skirmishes after the Battle of Trenton, including the Battle of Princeton, the township soon renewed its quiet existence.

However, by the 1790s, a new conflict had formed—this time between the western and eastern halves of Windsor. A portion of this was over the maintenance of roads—then dusty, rutted lanes that needed frequent upkeep and depleted municipal coffers. Thus, a movement grew to split the township. After a few years of petitioning, Windsor was no more.

A town is born

By an act of state legislature finalized on February 9, 1797, Windsor was split into two halves. Thus, East Windsor and West Windsor were formed. Yet Middlesex County retained West Windsor until Mercer County’s formation in 1838. And it was not until further land transfers in 1843 and 1853 that West Windsor’s western boundary would relocate to the Delaware & Raritan Canal.

The 1797 articles of formation contain some locally substantial items, including reference to a mandated meeting “at the house where Jacob Bergen now lives” for the purpose of electing town officials.

This first meeting was hosted in Jacob’s tavern in Dutch Neck on April 8, 1797, establishing local governance that extends to the present day.

Paul Ligeti is the head archivist of the Historical Society of West Windsor.