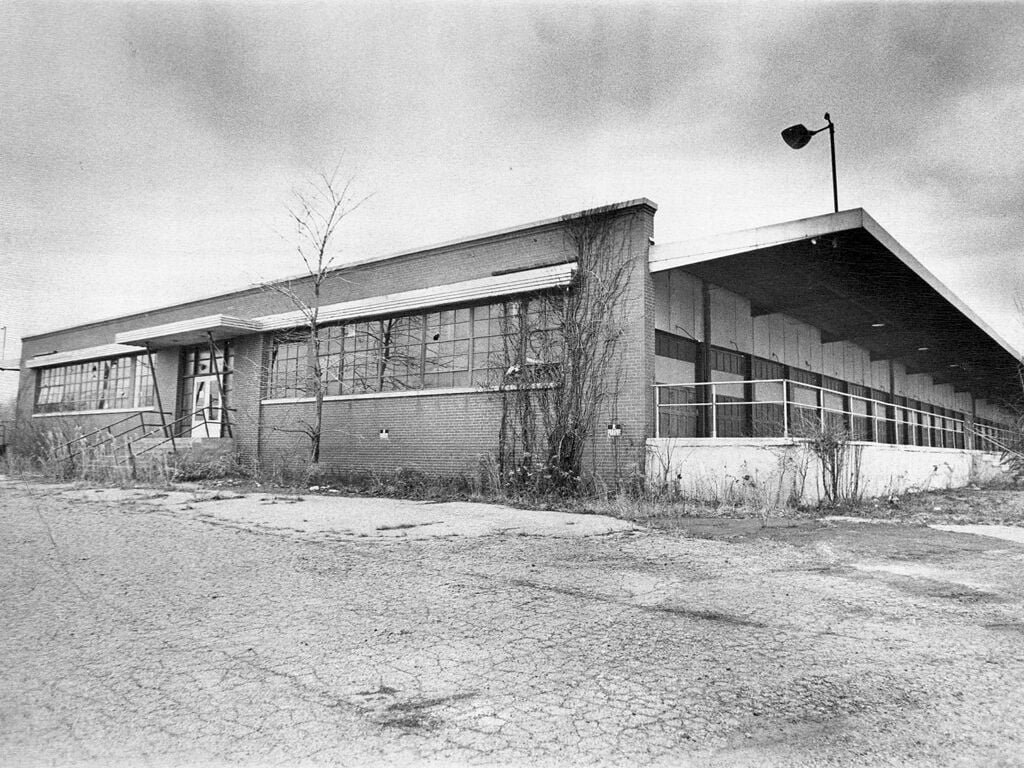 The Abandoned Riss Trucking terminal on Route 1 before it became the current library building. 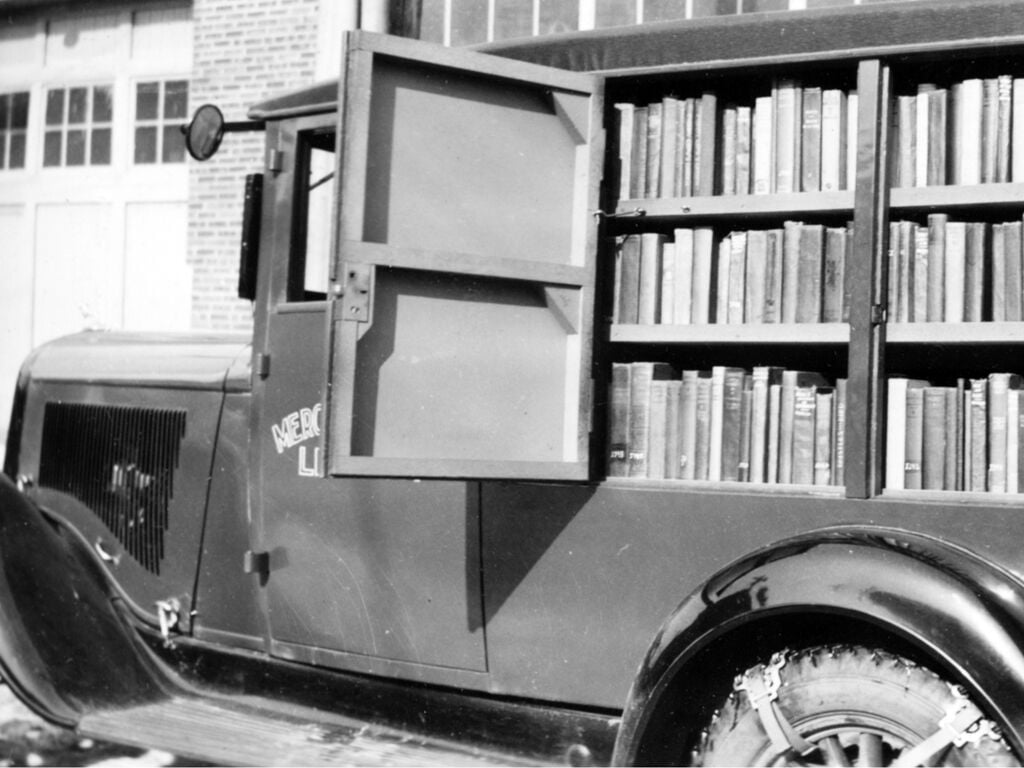 Mercer County was served by a bookmobile, pictured above, starting in 1928.

The Abandoned Riss Trucking terminal on Route 1 before it became the current library building.

Mercer County was served by a bookmobile, pictured above, starting in 1928.

The Lawrence Branch of the Mercer County Library has a long and colorful history. Dennis Waters, county library commissioner and former Lawrence Township historian recently presented a virtual talk titled “The People’s Books: The Story of the Lawrence Library” during an online event in July. Below is a condensed version of Waters’ presentation.

The Mercer County Library System began operation in 1928 using bookmobiles to deliver books to residents of suburban and rural neighborhoods throughout the countryside beyond Trenton.

It provided service only to communities that did not have their own municipal libraries, and was supported by a dedicated library tax. The library had its headquarters in the basement of the county courthouse.

In Lawrence, the bookmobile would stop at public schools to replenish their stocks of children’s books, and at various points around town where residents would gather to check out books from the onboard collection.

The bookmobile ran on a schedule that brought it to Lawrence every other week for a series of twenty-minute stops. The county library system operated on this basis for its first three decades.

As Trenton’s inner-ring suburbs grew rapidly after World War II, the bookmobiles could not keep pace, and the Mercer County Library System realized it needed to open local branches. The first of these opened in Ewing in 1958, and the county moved its library headquarters there. Lawrence officials also requested a branch library, but for several years in a row the freeholders turned them down.

Following the election in November 1960, a group of Lawrence residents gathered over 1,600 signatures on a petition demanding a branch library. Their request was finally approved in 1961 and on Dec. 14 of that year, the Lawrence branch opened in a small 1,600-square-foot space at the rear of Dunham’s department store in the newly-opened Lawrence Shopping Center. It was an awkward location because it was not accessible from the main parking lot in front.

For the next 20 years, the Lawrence branch would remain at the Lawrence Shopping Center, though it moved several times and gradually increased in size. In March 1969, the branch moved to a new storefront near what is now Staples and increased its size to 3,000 square feet. It remained there until February of 1976, when it moved across the parking lot to a new building (currently the location of Island Sports Bar & Grill) and increased its size to 5,000 square feet. Another 3,000 square feet was added to the branch in October 1979.

But the residents of Lawrence were growing increasingly unhappy with their library. Some thought that for the taxes they were paying they should have a better library. The Lawrence branch, for example, did not have a reference desk; the entire county system had only one reference librarian, who was based in Ewing.

However, the Mercer County Library System recognized that it needed a major upgrade, so during the period from 1979 to 1982 it began planning an expansion that would bring new library buildings to all of its member municipalities.

In particular, it planned a facility in Lawrence that would serve as the system’s headquarters and include a much-enlarged reference department. Financing was provided by the Mercer County Improvement Authority through a $10 million bond issue.

The site chosen for the Lawrence Headquarters Branch was 12 acres at the corner of Darrah Lane and Brunswick Pike. The site contained an abandoned trucking terminal that was originally built in 1953 for Riss Brothers, at that time one of the largest trucking companies in the eastern United States. The property was subdivided, with Lawrence Township receiving the western section, where the Senior Center now stands.

The trucking terminal was very well constructed, so it was decided to renovate it rather than tear it down and start over. Renovation began in the spring of 1983 and on April 7 of the following year it opened. At over 40,000 square feet, the branch was five times the size of the branch in the shopping center that it replaced, although some of that space was used by the county system for its headquarters, which moved from Ewing.

In 1994 the MCIA borrowed $15 million to fund another upgrade of the library system, including one new building in West Windsor. In Lawrence, 17,000 square feet were added at the rear and the west end of the existing building, providing an expanded reference section, additional community meeting rooms, and new offices for the headquarters staff, whose former offices became the fiction department “downstairs.”

The past two decades have seen a technological makeover of the Lawrence branch. The circulation system was computerized in 1990 and the card catalog was removed in 1991. At the same time the branch installed its first terminals for electronic databases. It was connected to the Internet for the first time in 1995 and supplemented its public terminals with Wi-Fi capability in 2004. Meanwhile LPs were replaced by CDs, VHS tapes by DVDs, and both by streaming services. Books on tape and eBooks were added to the circulating collection.

Prior to the pandemic, the Lawrence branch offered fitness, computer, and arts and crafts classes, plus a range of special programs, many supported by the active Friends of the Library group, which was founded in 1991. During the pandemic, patrons were able to access the collections through curbside pickup, and much of the programming moved online. With the pandemic receding in Mercer County, the Lawrence branch is gradually returning to normal, welcoming patrons consistent with public health guidelines.