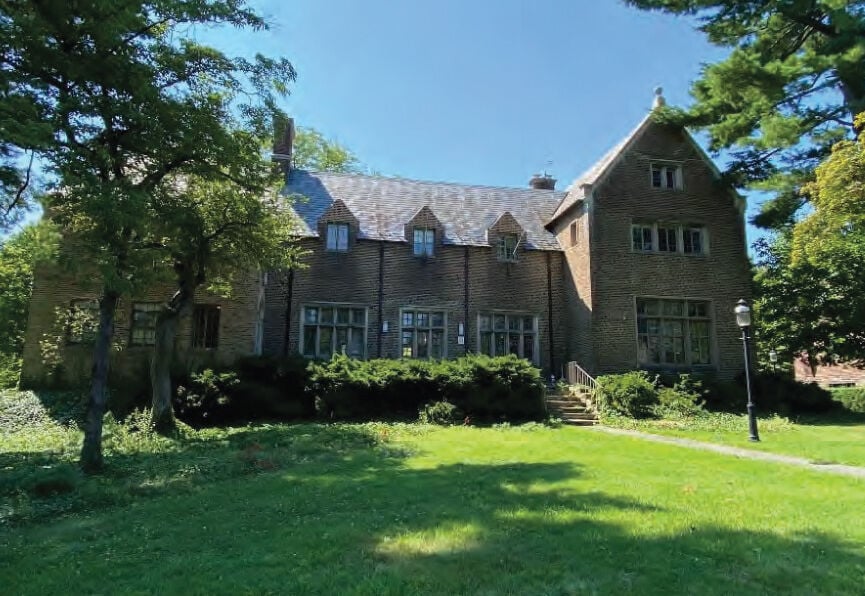 The Court Club building at 91 Prospect Avenue would be moved across the street under a plan developed by Princeton University to accommodate new engineering facilities. 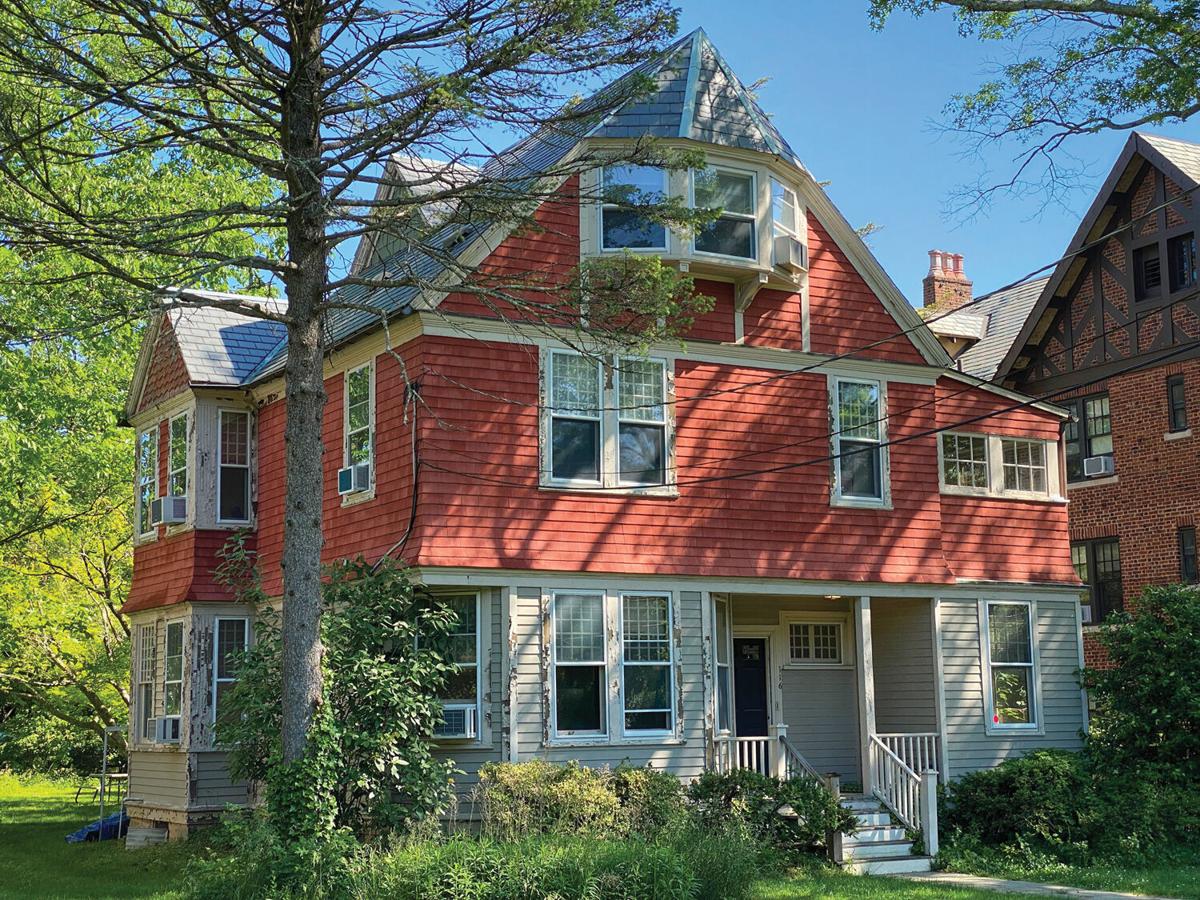 116 Prospect Avenue, one of three Victorian-style homes slated for demolition. 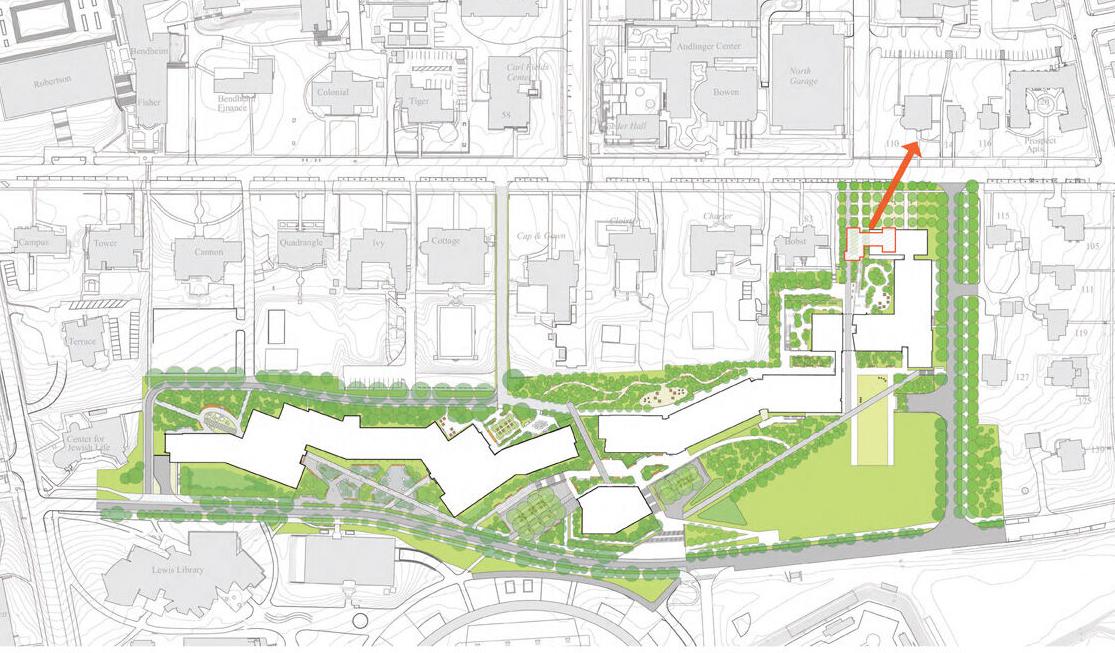 The value of preserving history is facing off against the importance of addressing tomorrow’s scientific problems as a Princeton University plan to alter the historic Prospect Avenue streetscape to accommodate new engineering buildings has generated fierce debate.

The plan — the subject of a nearly four-hour Planning Board hearing on June 17 — calls for the demolition of the three Victorian-style houses at 110, 114, and 116 Prospect Avenue, on the north side of the street. Their razing would make way for 91 Prospect Avenue, a former eating club that is now used as administrative offices, to be moved to their vacant lots across the street.

The relocation would in turn create the space the university needs to construct new facilities for environmental studies and the School of Engineering and Applied Sciences. Two connected buildings with outdoor plazas and green spaces would be constructed north of Ivy Lane and behind several of the active eating clubs along the south side of Prospect Avenue. The more than 600,000-square-foot complex would take the place of several existing surface parking lots as well as the 5 Ivy Lane building and some existing apartments.

The building at 91 Prospect Avenue was originally the Court Club — one of the storied undergraduate eating clubs at the university — and was constructed in 1927. The club was disbanded in 1964, and the building is now owned by the university and used for the Office of the Dean for Research.

The building is part of the large Princeton Historic District, listed on the state and national registers of historic places. The district does not encompass the three Victorian homes also owned by the university and slated for demolition, though they are part of a proposed local “Club Row Historic District” that has not yet been enacted by the municipality.

In his remarks to the Planning Board, University Architect Ron McCoy emphasized repeatedly that despite Historic Preservation Commission (HPC) review of the project, permission for construction from such a body is not required because none of the properties in question fall within a designated local historic district, and the relocation of 91 Prospect does not require any action with respect to the state and national historic designations.

The HPC’s report to the Planning Board — the result of an earlier three-plus hour hearing — recognized the value of the new engineering facilities while simultaneously strongly recommending that the Planning Board deny the current proposal.

“The construction of this new facility will allow the University to create a state-of-the-art complex for both environmental studies as well as engineering and applied science studies on the campus. HPC strongly felt, however, that the proposed plans for the ES/SEAS complex which requires demolition of the three Prospect Avenue houses and relocating the Court clubhouse is disruptive and inappropriate to the Prospect Avenue historic character and streetscape, and further violates the integrity of the row of eating clubhouses and their relationship to each other,” HPC chair Julie Capozzoli wrote in her report.

University representatives emphasized that the interior layout of 91 Prospect does not make it feasible for Engineering School use, and as such the options for the building were to demolish it entirely or to relocate it. Efforts to preserve the building led to the plan to move it across the street, but should those plans be denied, McCoy noted, the university will proceed with the demolition of 91 Prospect Avenue.

Some 70 members of the public, including university alumni and representatives of the Princeton Prospect Foundation (PPF), a nonprofit serving the eating clubs, attended the meeting to voice opposition to the project.

“Such a plan would substantially diminish the aesthetic and historic continuity of Prospect Avenue, and it would set a disturbing precedent for the potential future moving and/or demolition of other historic eating clubhouses and buildings by establishing a beachhead on Prospect,” noted Sandy Harrison, chair of the PPF board, in his presentation to the Planning Board.

A Change.org petition titled “Save Historic Prospect Avenue from Damaging Development” had garnered more than 1,000 signatures as of publication time. And as opposition mounts, the hearing will continue at the Planning Board meeting on Thursday, July 8.