The SAVE facility in Montgomery Township. 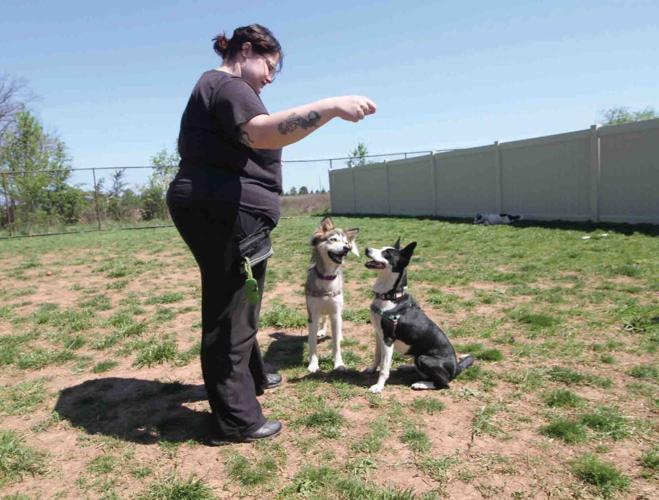 Julianna Massielo with Raven and Jazzy at SAVE. 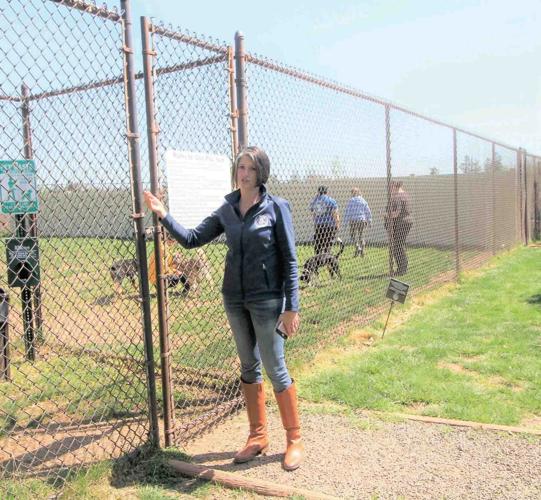 Heather Achenbach, executive director of SAVE

Dogs and cats are favorite pets in the United States. Sometimes they are left homeless due to illness of the owners, families moving, cost, no time for care, landlord issues, or personal problems of the owners. Homeless pets are not a new problem.

SAVE, A Friend to Homeless Animals is a shelter that houses cats and dogs until they are adopted. The SAVE facility is on Route 601 just north of Blawenburg in Montgomery Township. The current facility location was opened in November of 2015.

SAVE was founded by Princeton-based veterinarian Dr. Cornelia Jaynes in 1941, one of the first few females to graduate from Cornell University’s College of Veterinary Medicine.

Jaynes and her friend, Emily Myrick, created the Small Animal Veterinary Endowment, or S.A.V.E., which rescued stray cats and dogs in the Princeton area.

They provided animal medical services to pet owners regardless of their ability to pay. In 2021 SAVE marked its 80th anniversary. After merging with the Small Animal Rescue League the two groups built a shelter on the farm that Jaynes bequeathed to the group when she died in 1969.

Two years later the first SAVE shelter was built on the farm property. The facility was outgrown after many years, and a campaign to build the current facility was successful. The current 10,000-square-foot facility was erected and opened in 2015.

The SAVE organization is a modern, organized group that offers many services but remains true to its core philosophy of helping homeless animals in need.

Heather Achenbach is SAVE’s current executive director. She grew up near Hershey, Pennsylvania. She has been with SAVE for almost five years, after getting her bachelor’s in psychology from Ursinus College, and a 20-year career in the pharmaceutical industry, finishing as a senior director in clinical trial operations management with Novo Nordisk. She lives nearby and works out of the historic home also on the SAVE property and adjacent to the shelter building.

Today she shares her office with Rocky, a known pants nipper, who is a Maltese Yorkie mix. Achenbach’s other office dog is Dalton, a hyper little mix who has a basket full of toys that he continually presents for tossing. They create a loud alert when there are visitors to the office door.

During a point in her pharmaceutical career, Achenbach saw the advertisement for a director of SAVE. She did not know much about non-profits and fundraising, but she knew about business and budgeting. She also knew that as a dog lover she could make a difference.

The SAVE shelter houses both cats and dogs. There is capacity for 75 cats and 25 dogs for a total of 100 homeless pets. SAVE coordinates with other facilities and has a contract to be the shelter for a dozen nearby towns. In New Jersey stray pets that are picked up by animal control officers must be held for seven days for claiming by the owners.

Lawrenceville, Robbinsville, and South River are a few of the towns where contracting with SAVE makes more economic sense than maintaining a facility in the town itself. While conducting this interview, Achenbach’s phone rings and buzzes with incoming animal notifications from various animal control officers.

“The animal control officers are terrific. One stopped on Route 1 because there was a kitten trapped on the median. They care so much. The angry, mean ‘dogcatcher’ from the cartoons could not be further from the truth,” says Achenbach.

“Pet sitters unfamiliar with the pet, contractors in and out of the house, and young children leaving doors open are the way that most animals get outside and lost. Many have microchips implanted in their pets now for tracking. Animal control scans those pets that have them, and those pets are easily returned.”

The SAVE shelter has 14 paid staff that includes a part-time veterinarian. The vet performs spaying and neutering and other necessary surgeries. There are also 40-60 volunteers. Among the volunteers are 7 to 15 year olds who read to the shelters animals in a program called Paws for Reading.

“The animals love it. The kids read to the dogs and cats for an hour. It’s good for the animals and the kids,” says Achenbach. “Volunteers who handle pets must be 16 to help with cats and 18 years old to work with the dogs.”

The SAVE annual budget is approximately $1.3 million. “We get maybe $60 to $100 thousand in grants and the rest from individual donors. We have some terrific donors who are true animal lovers,” says Achenbach.

“In early May is our annual fundraising gala. We usually have it at Princeton Airport. We like to have it indoor/outdoor because we bring puppies! They empty the hangars for us. We have dinner and dancing, a cash raffle, and a tricky tray. It is our largest fundraiser. We like it informal ‘party casual’ because we also bring adoptable dogs. We only bring dogs that are accustomed to people so they can enjoy themselves too.”

At the shelter the dogs go outside into one of three play yards for exercise. They are always attended by staff. The cats are allowed to be in their larger rooms with climbing and sunning. There is natural light in the facility which is modern, bright, and clean.

“We try to keep the animals enriched during their stay,” Achenbach says. “We try to keep them mentally and physically healthy. 85 percent of the dogs are already housetrained, and for the most part they are well behaved. No one stays with them overnight. We start playing lullabies from 4 to 6 p.m. while they have dinner. Then it is the last walks and go to bed time. They are truly tired and look forward to sleep time.”

“We are collaborators with the Trenton Animal Shelter, St. Hubert’s Animal Welfare Center in Madison, New Jersey, and Cape May County Animal Rescue. We have adopters come from all over New Jersey, Pennsylvania, Manhattan, and Brooklyn. The city people like to come to ‘the country’ to adopt a pet,” Achenbach says.

The shelter is very successful placing the animals. The average cat may be adopted in a few months, kittens usually less. Puppies usually become pets in two weeks, adult dogs in three to four weeks. There are of course some long haulers as the exception.

The SAVE social media posts all the available pets with a bio and at least a few photos and maybe a video.

“The social media plays a large part in the success rate, but people also need to see the animals in person. It is very emotional, extremely emotional. People are reminded of previous pets, when they were children, and the emotions come flooding right back. There is a lot of crying, a lot of stories and tissues. That is the power of these animals.”

The adoptions are also a large part of the social media postings. The happy times are shown when the dogs and cats are headed home and with their new families.

When asked what the best things for supporters to donate are, Achenbach says, “Of course money is the easiest and helps the most, but canned cat food is also needed and necessary. Surprisingly, supermarket gift cards for rotisserie chicken, hot dogs and peanut butter. We will accommodate nervous new arrivals and try to get them to eat anything at all. We go through a lot of rotisserie chicken! We also can always use cat litter, training treats for dogs, and non-rawhide bones. The bones really make the dogs feel at home.”

One of the points Achenbach makes is that SAVE does not age discriminate with pets. They accept older pets with no qualms.

“We have a Seniors for Seniors program that is very popular. We have no fees for senior adopters who are 65 and older who adopt senior animals eight years and older. Some people don’t want puppies to chase after or are looking for cats that are easier to take care of than dogs. Our senior citizen adopters are very happy with older pets that like to sleep in and are great companions.”

The pandemic reinforced that animal companionship is vital for many people, as shelters were emptied out and having a pet became very popular. Times are getting back to normal, and homeless pets are still an issue.

Achenbach says, “Dr. Jaynes had the foresight to start this organization 80 years ago, and I think she would be proud to see it now. With this terrific facility, outreach and coordination, I think we will be vital to helping animals for many years to come.”