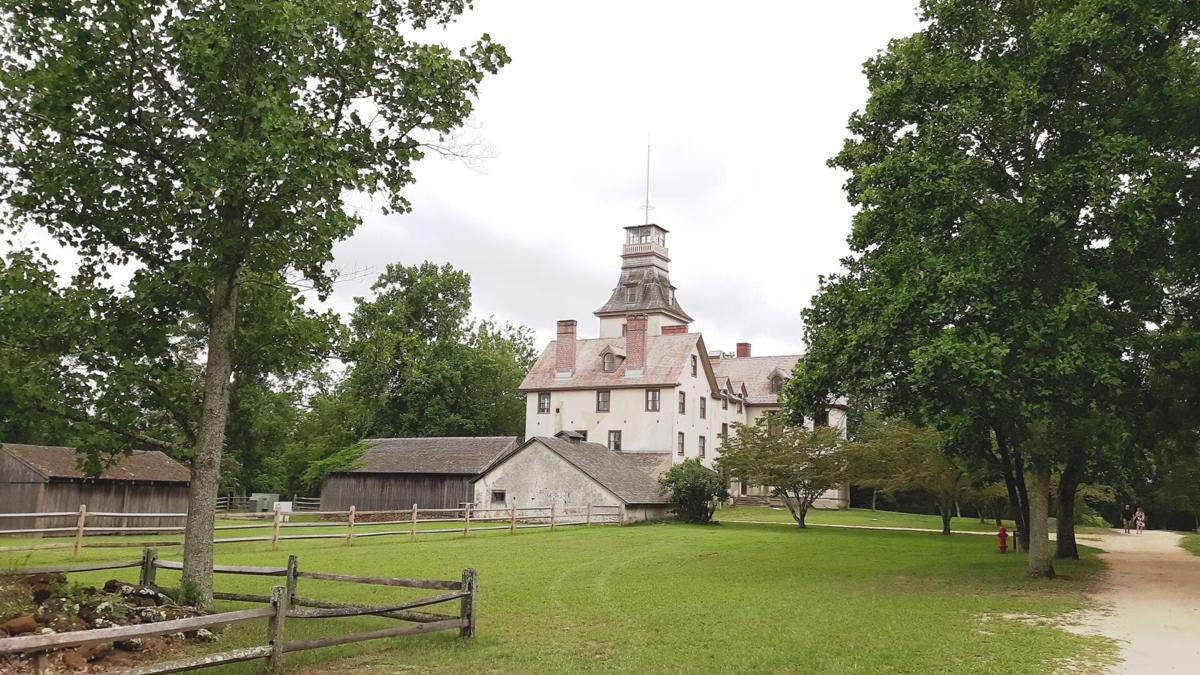 The mansion at Batsto village. 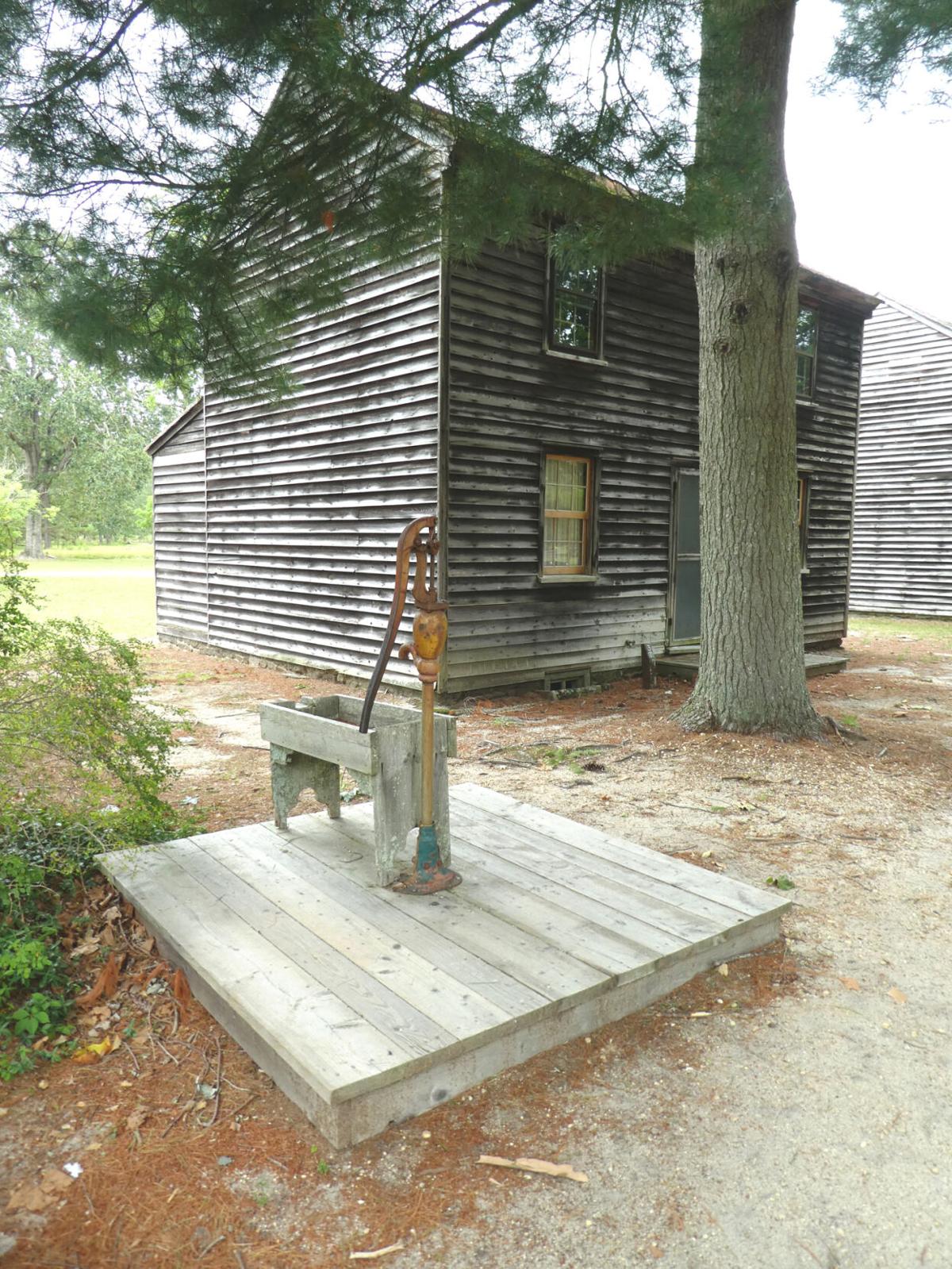 One of the remaining village houses and the water pump at Batsto Village.

For those interested in getting back into family daytrips yet still concerned about getting out in public, New Jersey affords simple and affordable outdoor opportunities — such as Batsto Village.

Located about 60 miles away from the U.S. 1 region in Burlington County, Batsto is a trip into the New Jersey Pine Barrens and into American and state history.

The historic site located in Wharton State Forest and maintained and operated by the State of New Jersey was once a self-contained community productive from 1766 until the mid-20th century.

Although its name is connected to how the Finnish and Swedish settlers referred to the site’s river and lake as a bathing spot, Batsto as an important iron-producing site gets its start from English colonists.

The iron furnace was started in around 1766 by Charles Read and became the largest in South Jersey. During the American Revolution, the ironworks was producing iron and casting housewares, as well as cannonballs and shot for the Continental Army.

Throughout the American Revolution, Batsto was crucial in the supply chain for Washington. So vital was this place that in 1778 the British were heading to capture and destroy Batsto’s Ironworks when they attacked and destroyed the Village of Chestnut Neck. The quick action of a small group of volunteer militia turned back the advancing British troops, sparing the Village of Batsto, ensuring Continental troops would have supplies to win the war.

In 1784, a year after the Revolutionary War was officially over, the forge became the property of first Joseph Ball and then his uncle, William Richards, whose family manufactured both iron and glass.

According to State of New Jersey-produced educational materials, Batsto’s success at the time was connected to its “high quality products made from pig iron. Special products of that time were cast iron water pipes and firebacks (iron plates used to line the back of a fire place). Batsto was even commissioned by George Washington to produce four monogrammed firebacks. Two of them can still be seen at his home in Mt. Vernon, Virginia.”

By the mid-19th century, however, Batsto’s method of producing iron from ore heated by charcoal was eclipsed by more efficient methods, production ceased at the village, and nothing remains of the furnace or the iron works buildings.

Then there was a fateful turn. An 1874 house fire spread and destroyed the glass making facilities, remaining furnaces, and 17 houses. The Richards and many of the villagers moved away, leaving the site silent.

The debt-ridden Revolutionary town was sold at auction for just $14,000 to Philadelphia businessman Joseph Wharton.

As Timothy Regen writes in “The Ghost Towns of New Jersey, “Upon seeing the remains of Batsto, Wharton didn’t know if he should rebuild or just tear the whole place down. Lucky for history he chose to rebuild. Within a few years, Wharton had completely modernized the ironmaster’s house, or big house, rebuilt outbuildings, including the sawmill, and renovated many of the village homes . . . Wharton grew sugar beets and raised livestock; those who remained in the village found work once again, and for the next 33 years, the Wharton Empire ruled over the 100,000 acres of the Pinelands. With his death in 1909, the Wharton Estate continued to manage the place, and although the industries mostly faded away, a few folks still called Batsto home for another 80 years.

“The year 1954 saw the entire Wharton Estate purchased by the State of New Jersey as protected forest. With the purchase came along all the secrets and ghost towns of the Wharton Estate: Atsion, Martha, Batsto, Washington, Harrisville, and many others that would now be able to be explored and protected for the future.

“Restoration began in 1955 with the big house, post office-store, and sawmill being the first to receive taxpayer monies for the process. By 1959, the Park Visitor Center was dedicated and when built resembled an early 19th century structure.”

After pulling into Batsto, the visitor’s center is the first stop. Currently closed for the pandemic, it features a first floor dedicated to the area’s natural and cultural history, including the presence of the region’s indigenous people, the Lenapes.

Yet the real thing waits outside and offers a leisurely stroll into both the past and nature.

Among the highlights are the 32-room Batsto Mansion. Towering over the village, the original section was created in the late 1700s by the Richards family. It went through several permutations before Wharton took possession and renovated in the late 1870s and early 1880s at a cost of about $40,000 (over $1 million in 2021 value).

The Victorian-era structure features formal dining and conversation areas, including a large porched area. However, as educational materials note, it was the “high tech” improvements that were attractions at the time. “Originally, each room was heated with a fireplace. Mr. Wharton had a system for central heat installed in most of the rooms. One of the most interesting ‘modern’ features he added was indoor plumbing. He had a water tank installed in the tall tower. When water was released, it went to the bathrooms to flush the toilets or to fill the bathtub. Indoor bathrooms were something that not many families had in the 1880s.”

The Batsto Post Office opened in 1852 and, although it experienced several closings and reopenings, is one of the four oldest post offices currently operating in the United States. Interestingly, since it is an historic structure, it was never assigned a zip code and all stamps are hand-canceled.

The sawmill, part of the Batsto community for more than 200 years, was revised in 1882. State materials say the current operators replaced water-powered equipment with a turbine-driven circular saw still in use today. During Wharton’s era, the mill was a profitable East Coast supplier of cut lumber and shingles.

And then there are the village cottages, where in 1852, 376 people lived. But after the 1874 fire, when 75 homes were lost, only a two-lane row of buildings for visitors to walk along and visit remains.

It is also where the last resident of Batsto remained until 1989, roughly 232 years after the first resident moved in — something that makes the past very present.