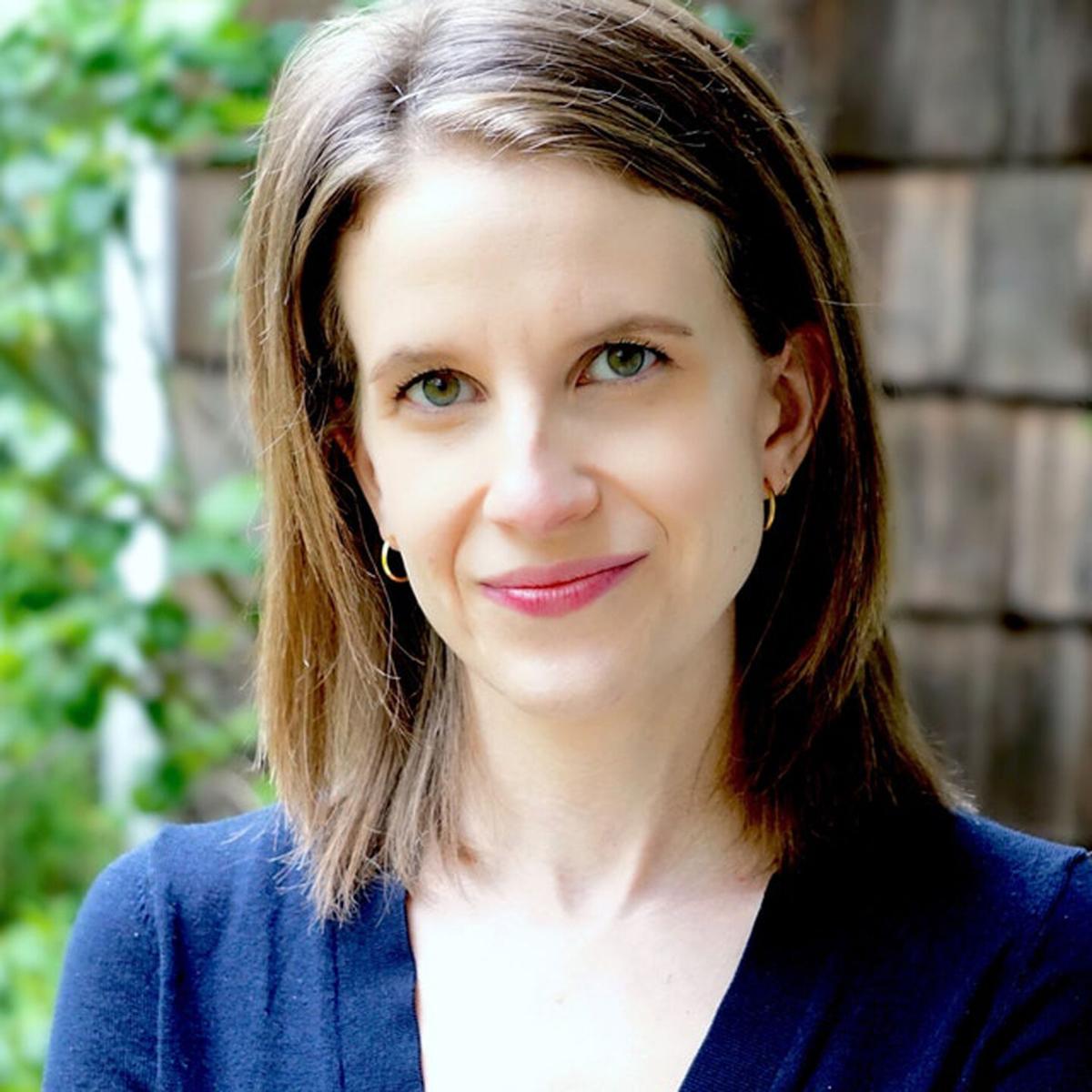 Rutgers University journalism professor Caitlin Petre is the author of 'All the News That's Fit to Click.' 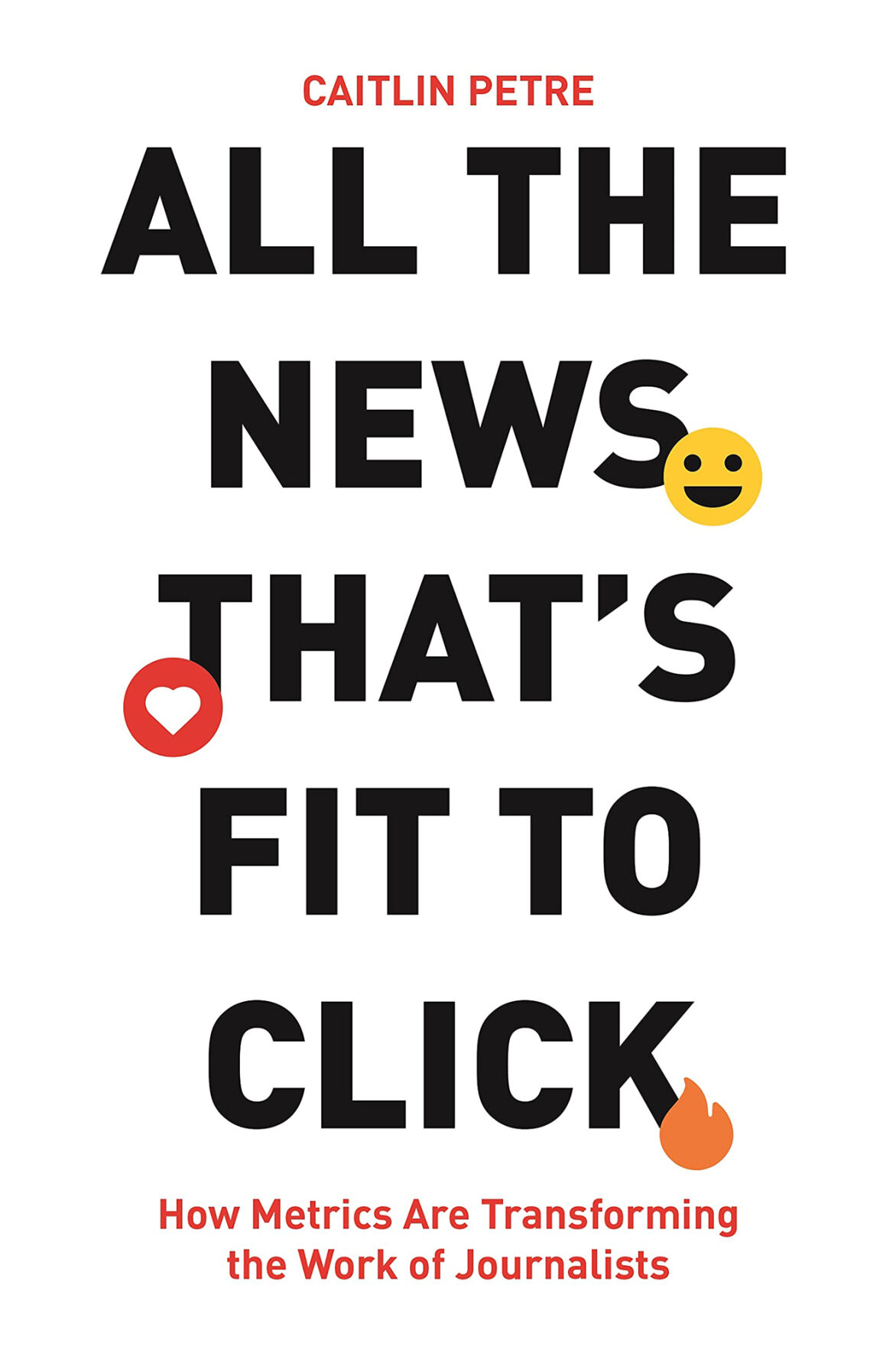 Caitlin Petre’s recently released book, “All the News that’s Fit to Click: How Metrics Are Transforming the Work of Journalists,” published by Princeton University Press, is an examination of how modern practices are affecting news gathering and sharing.

Using a title that riffs on the New York Times slogan, “All the News That’s Fit to Print,” the Rutgers University journalism professor looks at how “clicks,” the digital trace of readers linking onto a specific story, has created a “revolution in audience analytics” that “is reshaping editorial working conditions, newsroom power dynamics, and journalists’ relationship to and experience of their work.”

Using an example of a prominent online news outlet, Petre reports that in the current climate where corporate news organizations face slim-to-nonexistent profit margins — thanks to “enormous losses in advertising and print subscription revenue” — administrators may seek to intensify labor discipline by placing a growing emphasis on performance metrics.

The writer notes that the practice is not a recent development and has its roots in the business efficiency practices as outlined in mechanical engineer Frederick Winslow Taylor’s 1911 “The Principles of Scientific Management.”

Petre says Taylor’s approach accomplished two ends: “First, to increase the efficiency and output of the labor process (and thereby raise profits); and second, to deskill workers by transforming their craft knowledge and abilities into a series of systemized steps that could be carried out by workers who were in essence interchangeable and therefore easily replaceable.”

She adds that while traditionally “creative and knowledge workers remained relatively insulated from scientific management,” the layer of insulation between (such) workers “and metrics-driven forms of labor discipline is now wearing thin. Digital metrics are increasingly infiltrating processes of cultural production in the music, TV, film, and book publishing industries, as well as many types of labor typically conceptualized as knowledge works, such as medicine, political campaigning, and urban planning.”

Starting with the question, “What does the explosion of audience metrics mean for journalism as a form of labor?” Petre applies a boots-on-the-ground approach and “draws on a mix of ethnographic observations and in-depth interviews conducted over a period of four years at three sites: Chartbeat, a web analytics company that specializes in metrics for newsrooms; The New York Times, an organization that is working to reconcile its storied print past with the work rhythms, technologies, and economic challenges of digital journalism; and Gawker Media, a then-independent online media company that owned a network of popular blogs.”

In addition to reporting that journalists are aligning themselves to labor practices, Petre shows that metrics companies and journalists are “mutually shaping” one another. For example, she observed that Chartbeat designed a “game-like habit-forming user interface” that “engaged resistant or skeptical journalists” in order to get them “fixed on analytics and extracted increased productivity from them, without being perceived as managerial coercion.”

However, results showed staff writers starting to compete against one another, rather than other media providers, and eventually feel they were in a “relentless, demoralizing grind,” which then caused Chartbeat to find ways to “limit these negative reactions by imbuing metrics with a sense of existential and professional meaning.”

Meaning is also connected to the product of metrical information. As Petre explains, “Because analytic tools must leave room for the (limited) exercise of journalistic judgment, they are interpretively ambiguous technological artifacts: that is, it’s often unclear what the data means or what should be done with it.”

Additionally, she notes later, “Metrics in journalism are characterized by interpretive ambiguity in a way that baseball statistics are not.” And that the uncertainty regarding the meaning of information “left journalists with a gaping interpretive void: They had lots of data but struggled to devise frameworks with which to make sense of it.”

One result, she notes, is that “Metrics confront journalists with a powerful mixed message. If they ignore the data altogether, they risk being seen as foolishly obstinate, patronizing toward their audience, and behind the digital times — in effect guaranteeing their professional obsolescence and possibly facing managerial censure or even job loss. But if they rely on metrics too much, they risk corrupting their sense of professional integrity and autonomy, and potentially sullying their reputation. To make matters more challenging, there is no widely agreed-upon normative standard within the profession for how to navigate between these two extremes.”

Mixing engaging on-site reporting of developments in the newsrooms of the self-conscious New York Times and the roguish Gawker news site — that aimed for pushed buttons by pushing legal buttons that closed them with a $140 million lawsuit — with 60 pages of methodology, charts, glossary, and notes, the book is a snapshot of our recent times and an opportunity to take stock of what may be a quiet crisis.

As Petre argues, “There is no other field of cultural production that does more than journalism to inform citizens about social issues and civic affairs, set the public agenda, and hold powerful figures and institutions accountable.

“But maintaining the kind of robust and lively media system that is crucial to sustaining a healthy democracy is highly resource-intensive. Ever since U.S. media organizations transitioned away from political party patronage in the 1830s, they have been almost entirely dependent on market forces, largely in the form of advertising and subscription revenues, to sustain their work.

“This approach has never guaranteed editorial independence: advertising pressure, both direct and indirect, can distort coverage and lead to self-censorship. For a time in the mid- to late 20th century, however, economic, political, and technological forces aligned such that news businesses could do aggressive, expansive reporting and turn a profit. In that favorable climate, the perils of relying on a heavily commercialized media system to fulfill journalism’s vital civic role — although ever-present — were easy enough to ignore. That’s not the case anymore.”

Now it’s where do we go from here?