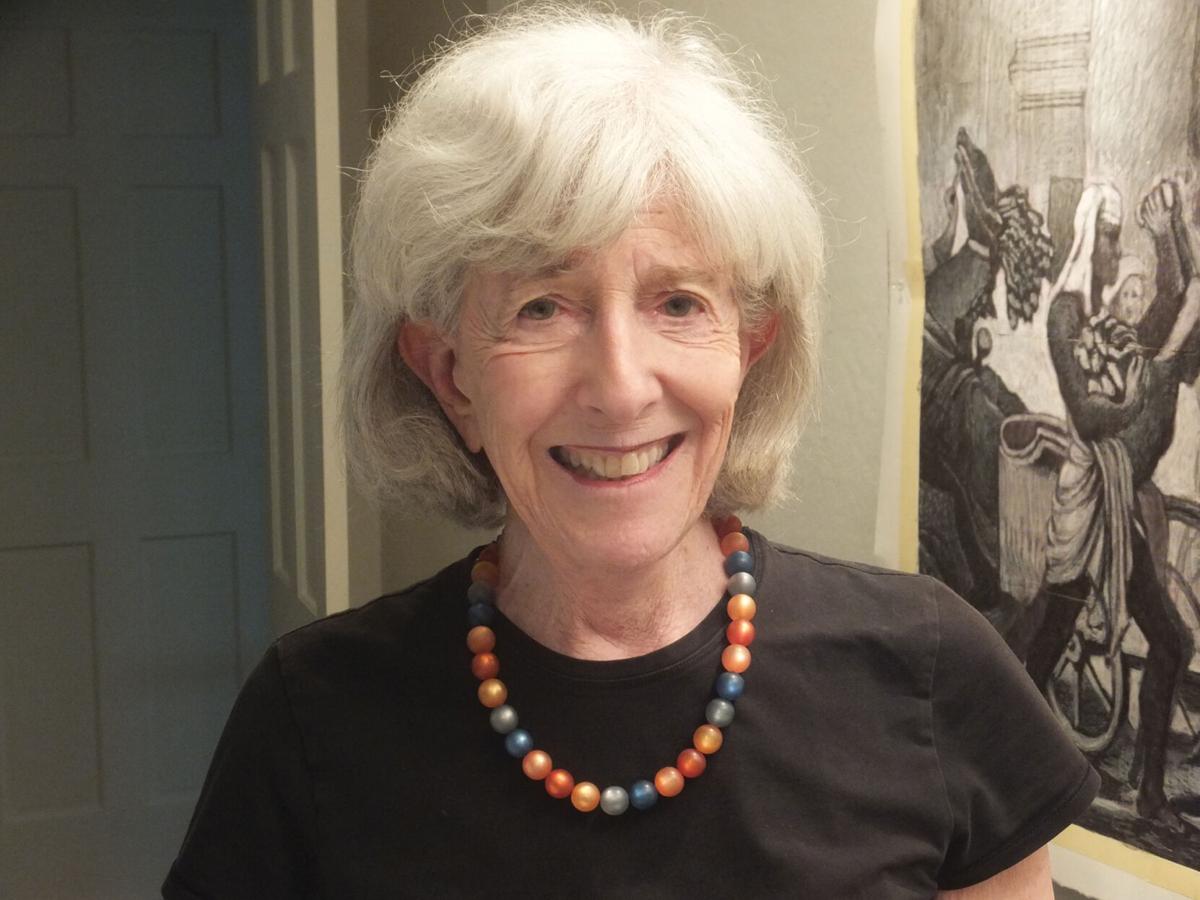 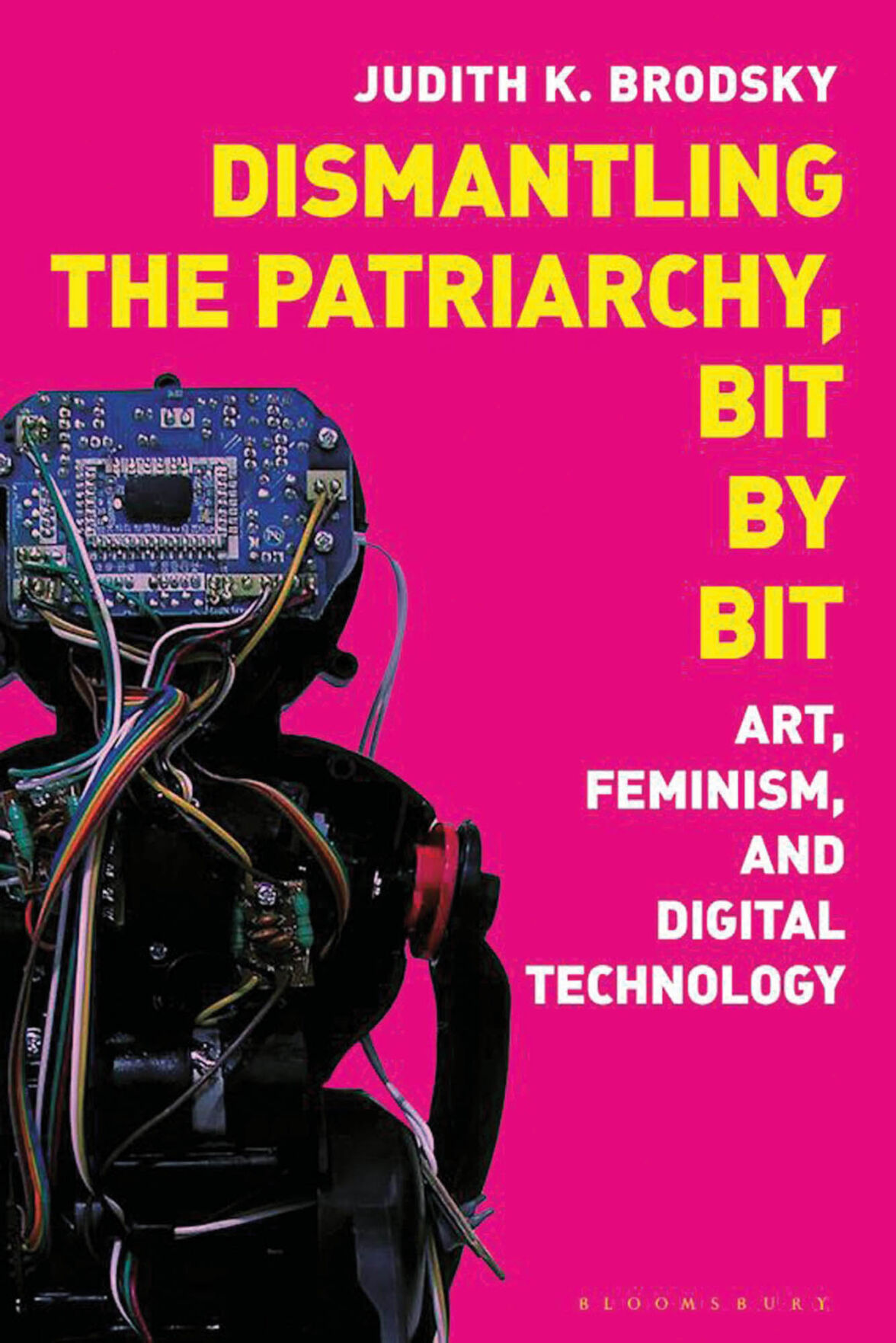 "Dismantling the Patriarchy, Bit by Bit: Art, Feminism, and Digital Technology” is the newest book by Princeton based artist, arts professor, and writer Judith Brodsky.

Brodsky, 88, is noted for her prints, the establishment of a vital printmaking center that was established at Rutgers University and is now housed at the Pennsylvania Academy of Fine Arts, and her work promoting feminism. That includes co-writing the book “The Power of Feminist Art: The American Movement of the 1970s, History and Impact.”

In the following, Brodsky discusses the catalyst for the book and her guiding thoughts:

This book came into being as a result of a session I chaired on feminist and transgender digital artists at the 2014 College Art Association annual conference just after organizing an exhibition on the same subject at Rutgers with my longtime colleague and collaborator, Dr. Ferris Olin.

I was collaborating also at the time on a project documenting feminist digital artists with Muriel Magenta, a professor at Arizona State University, who is a pioneer in the development of digital art . . .

Anna Coatman, then an acquiring editor for I.B. Taurus, was in the audience and after the session asked me if I would be interested in doing a book on the history of feminist digital artists. I was excited by the prospect. In 2018 I was ready to begin, and proceeded to spend two years researching and writing this book, which, I believe, is the first book linking the Feminist Art Movement with the development of digital art.

I was somewhat overwhelmed by how much had happened in the field since 2014. It hasn’t been easy to capture the growth and the variety of contemporary feminist digital art in a comprehensive conceptual framework.

This book is about how digital artists are transforming technology under the impact of feminist theory. It documents the history and contemporary practice of such artists in one volume for the first time. But it goes even further to show how they made significant contributions to the aesthetic and practice of digital art and have altered digital technology itself.

The birth of digital technology in the late 1960s as a medium of artmaking is often linked to the rise of the Conceptual Art Movement. This book proposes a second link, the rise of the Feminist Art Movement. The 1960s and 1970s generation of feminist artists both repurposed traditional art disciplines and sought out new art forms to express an aesthetic based on women’s experience. They began to explore the new field of what was then electronic technology. When one looks at the history of digital technology and art through the lens of feminism, a picture emerges in which feminist art theory played an important role in the development of digital artmaking and also had influence on digital technology itself, help to fee technology from the limitations imposed by its origins in a patriarchal context and transforming it into an accessible way of apprehending the world for people everywhere. Furthermore, the innovations of digital artists influenced by feminist theory have enhanced the effectiveness in the delivery of feminist messages exponentially.

How feminism is defined in this book is crucial. Feminism evolved in the 1960s and 1970s among mostly white women, both heterosexual and lesbian, the majority either American or European, a as social justice movement to accord women parity with men in all areas of society. Despite its radical assault on patriarchal male privilege, it quickly became critiqued as mired (even if unconsciously) in a continuation of colonialism, privileging whiteness and heteronormative gender definitions as universals for all humanity. Postcolonialism, queer, and critical race theory recognized the basis of feminism as a social justice movement but transformed it to become inclusive of gender fluidity, race, power, and oppression in general. It became in intersectional movement and is used such in this book.

Even while rejecting patriarchal binary definitions of gender, the task of restoring women’s history and elevating women to their rightful place in history must continue. Women’s abilities, skills, and contributions to society are still undervalued and often invisible in the postcolonialist world. We are still discovering so many areas where work is needed on the recognition of women. One of those areas is in the realm of technology.

Women? Technology? The words repel each other with magnetic force. For millennia, technology was considered a male domain, the result of cultural stereotyping that men create knowledge and women do not. The assumption that technology belongs to men has resulted in burying the record of women’s participation in the old technologies and continuing to render invisible women’s participation in the digital era.

Women artists have suffered the same dismissal. Only since the Feminist Art Movement of the 1970s has women’s art been taken seriously, and the contribution of women artists to image-making in popular culture is still rarely explored. Even as women artists started to be recognized, women artists in fields like architecture design, sound, or media, all of which require technology, continued to suffer a double disregard based on their gender and their choice of medium.

The transformation of technology to digital began in the later 1960s when computers became generally available. Many artists embarked on using computers not only in traditional fields, but also to create new forms of artmaking. The term “new media” came into use and the growth of digital art over the last 50 years has been so great that the term is now obsolete. Yet, despite the expanding literature on women artists, there are few women included in the various histories of digital art.

The origins of digital technology are inherently patriarchal as defined by masculinism. Masculinism, the basis of the patriarchal society, is a hierarchy in which white heterosexual males are dominant, exercising power over women, the LGBTQI population, indigenous groups, and people of color, oppressing otherness and elevating the authority of the white heteronormative male sphere to enforce its beliefs and codes of behavior on everyone else. Power and domination, the basic characteristics of masculinism, were embedded in the origins of digital technology. The internet, for instance, originated as a weapon developed by the scientific community on behalf of the Unites States government to help the allies win the Second World War (1941-45). Although by the end of the second decade of the 21st century, access to the internet was no longer limited to the West and was embedded in the culture of the world, it still retained the nature of its origin as shown by how it has used by terrorist. Furthermore, digital technology still belongs mostly to the powerful. It remains unavailable to poor populations – including most of the people who live in the rural areas of postcolonial Africa and Asia.

This survey of pre-digital and digital art as practiced by artists influenced by feminist theory is weighted toward the United States, England, and Japan because digital technology originated in these economically developed countries and artists living in them had access to electronic media and computers. Restrictive social, political, and economic conditions in the rest of the world meant little access to advanced technology for most individuals, let alone for artist who were concerned with feminist, queer, and critical race theory. Nevertheless, an attempt has been made to document at least some of these artists, primarily those who have had the opportunity to live and work at times in the United States and Western Europe. Undoubtedly, there are many more but more research on the ground in other countries is needed to bring them to light. Furthermore, even in the Western countries and Japan, additional research is needed to document the contributions of artists of color and other underrepresented groups to the history of digital art.

In contrast to masculinism, feminism envisions a society that is inclusive and nonhierarchical. Under the umbrella of feminist theory, many artists are shaping a different kind of technology, breaking down patriarchal codes and substituting new paradigms of technology that are more suited to an equitable society such as using computer for the benefit of the community rather than to wage war. The practitioners of digitally base art in this book may not call themselves feminists, but their work can be described as feminist because their work fits the principles of feminism.