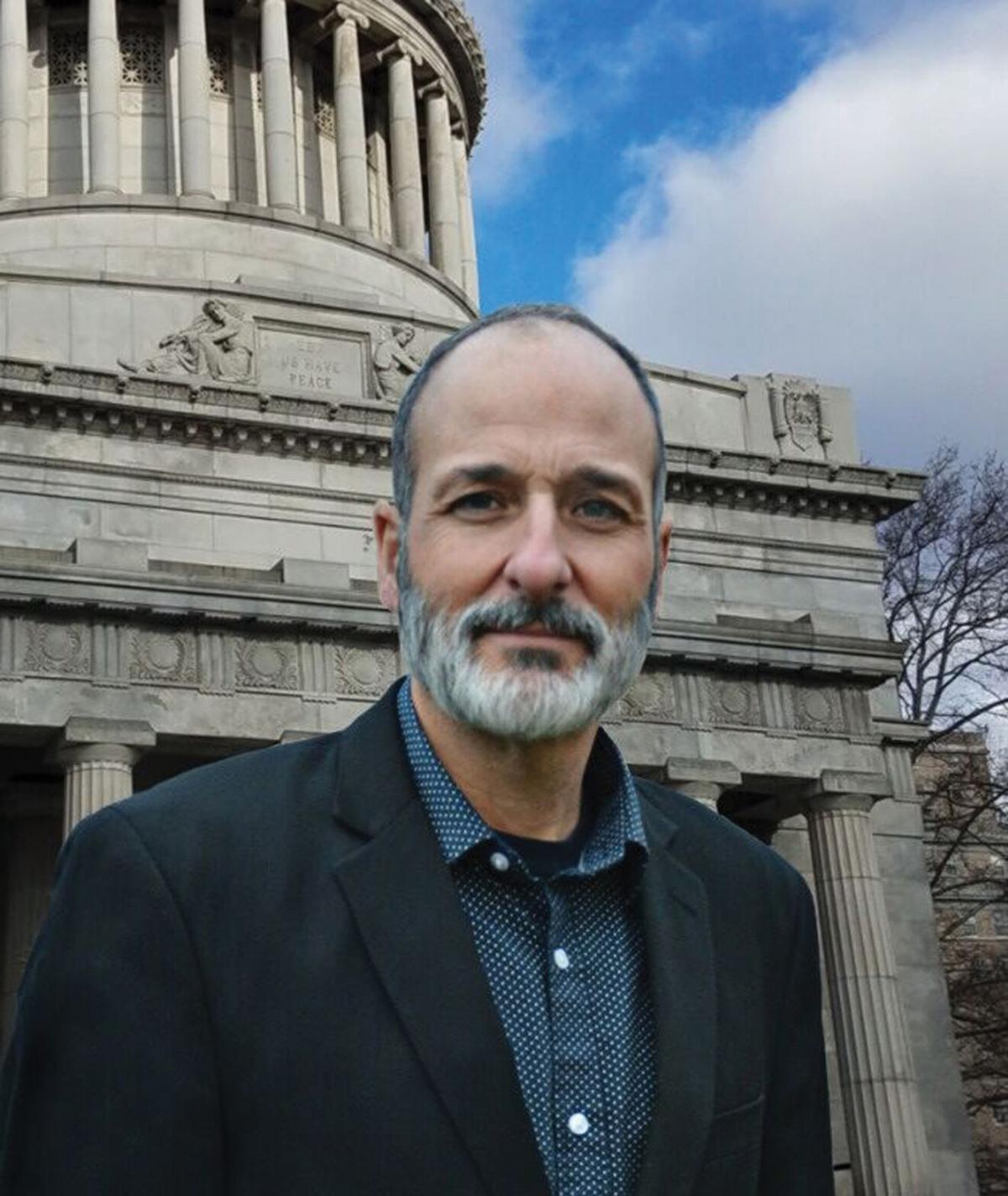 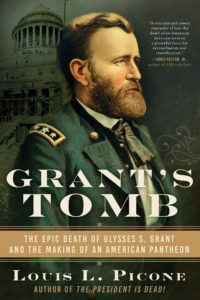 The newly released “Grant’s Tomb: The Epic Death of Ulysses S. Grant and the Making of an American Pantheon” by Louis L. Picone is a fresh look at the United States figure who made President Abraham Lincoln’s resolve to maintain the union during the Civil War a reality.

While the book on the victorious Civil War general who became the 18th president of the United States is of general and national interest, it is also regionally significant for several reasons.

One is that Grant had a home in nearby Burlington, New Jersey, an 1856 structure located at 309 Wood Street.

Grant, whose family had been in the Washington D.C. area, moved his wife and children to New Jersey in 1864 to avoid the physical conflicts related to the Civil War.

The general visited his family in Burlington during and after the war. One particular visit includes April 14, 1865, after Grant turned down President Lincoln’s invitation to join him for a production at Ford’s Theatre — where the president was assassinated.

Grant moved his family in 1865, and the house has been in private hands. Its current owners are artist William Knight and opera singer and musician David Arnold.

Another significant element is that in addition to Grant’s Tomb being in close proximity to the region and easily visited on Riverside Drive in New York City, another memorial by Grant’s Tomb designer John Hemenway Duncan is the Trenton Battle Monument at the point where the decisive Revolutionary War battle took place in downtown Trenton. The 148-foot-high granite column design includes sculptures as well as two bronze relief plaques by major American artist Thomas Eakins.

Then there is the author who was raised in Hamilton, attended Notre Dame High School in Lawrence, and has a master’s degree in history from William Paterson University. He is also married to Francesca Leipzig, daughter of noted Trenton artist Mel Leipzig.

Here he focuses his substantial research and engaging style on an object where Grant and others play supporting role.

The spirit that built the memorial is summed up early in chapter five when Picone notes, “Given Grant’s unique place in American history, the public demanded a memorial tomb surpassing any other created before. (A prominent 19th century American sculptor) Karl Gerhardt, who had sculpted Grant’s death mask, made an appeal published in the North American Review: ‘As America is the greatest of modern nations, to be a truly national memorial, it should excel in grandeur any existing monument … As no one moment of time, therefore, could tell to the future the story of Grant’s life, we should erect to his memory, the grandest mausoleum or temple of modern times.’”

The chapters leading to that quote put Grant and his era in context and illuminate the sentiment. “At the end of the Civil War, Grant was amongst the most admired Americans, if not the most admired, especially in the North. He epitomized the country’s highest aspirations. Grant’s presidential campaign slogan was ‘Let us have peace,’ and he personified the reunification of North and South. When he died in 1885, Grant had become one of the most popular men in the world and undoubtedly the most beloved in America. His death was deeply mourned by people both north and south of the Mason-Dixon Line. ‘Let us have peace’ became his inspiring epithet.”

One of the reasons is that after Lincoln’s assassination Grant survived to receive the nation’s adulation.

Another reason was about Grant’s character. “Grant never forgot his enemies were fellow Americans, and in accepting the surrender of Confederate General Robert E. Lee at Appomattox he was generous and accommodating. Grant shared rations with the starved Confederate soldiers and allowed them to return to their homes with dignity. For this, he earned the respect of the defeated Southerners,” writes Picone.

That reputation survived despite a presidency marred by scandal and a corrupt inner circle whose shenanigans fill a half page of the book.

However, as Picone notes, “Grant’s administration had several notable successes. The Treaty of Washington strengthened relations with Great Britain, and he ushered in the conservation movement with the Yellowstone National Park Protection Act. He also advocated for the rights of Native Americans and African Americans . . .When former Confederate soldiers formed the Ku Klux Klan to terrorize free blacks in the South and reverse grains made during Radical Reconstruction, Grant attacked the organization with the same ferocity he had demonstrated in (the Civil War battles at) Vicksburg and Shiloh years earlier.”

This record and his position as the man who saved the union kept him in favor with a public that eventually supported him in his final battle in 1895. That was when Grant — who was dying of cancer and in financial ruin, thanks to investments arranged by manipulative associates — depended on the sales of his Civil War memoirs to support his family.

The combined book sales and the reinstatement of his pensioned commission as general — surrendered when he became president but returned to support his wife — were his last victories.

They were then followed by a series of skirmishes as cities and states vied for the honor of being the final resting place for Grant, with New York City mayor William Grace seizing the very moment of the general’s death to telegraph Grant’s New York City-based family and propose a national monument at “the prominent height of Riverside Park, on the banks of the Hudson.”

The book then turns into a Gilded Age saga of wheeling and dealing, and high profile starts over the 12 years it took to actually get the memorial built — modeled, incidentally, after Napoleon Bonaparte’s tomb.

And while the original fervor for creating the tomb may have diminished by the time it was dedicated on Grant’s 75th birthday on April 27, 1897, it still touched something in the people still struggling with personal and social traumas of the Civil War.

Picone focuses on two events on the morning of the dedication that highlight “the paradoxical meaning of Grant’s Tomb. Before crowds gathered, an elderly African American man walked toward the crypt with a handful of violets. The white-haired man approached the policeman on guard and asked him to lay the flowers by the tomb, saying ‘He helped to make me a free man boss.’ Later that morning, a group from the Sons of the Confederate Veterans placed an elaborate floral arrangement of crossed swords on the tomb. Only at the altar of Grant’s Tomb could both oppressed and oppressor worship together.” Also in attendance was Confederate President Jefferson Davis’s widow, Varina Howell Davis, who had become a friend of Grant’s wife, Julia.

After an account of the dedication, the book then chronicles the life of the monument to today — suggesting that more than building an American Pantheon the book is about the birth, triumph, and struggles of one.

That latter includes the general decline of New York City during the second part of the 20th century and the tomb becoming a haven for drug dealers and addicts after the National Park Service neglected to maintain it.

It also includes how a young historian attending Columbia single-handedly waged a personal campaign to have the deteriorating monument restored — first by volunteering at the site and making internal reports through the chain of command. And then, more effectively, creating a media campaign that took the tomb’s plight to millions and got the attention of President Bill Clinton and his Secretary of the Interior, Bruce Babbitt.

Picone achieves his goal of telling the tale of one particular monument and how something has unanticipated results. And in an era when monuments are being re-evaluated for their significance, political divisiveness seems insurmountable, and individuals feel ineffectual, the story of this monument is in a way a fable for out times.

“Grant’s Tomb: The Epic Death of Ulysses S. Grant and the Making of an American Pantheon” by Louis L. Picone, 324 pages, $25.99, Arcade Publishing.