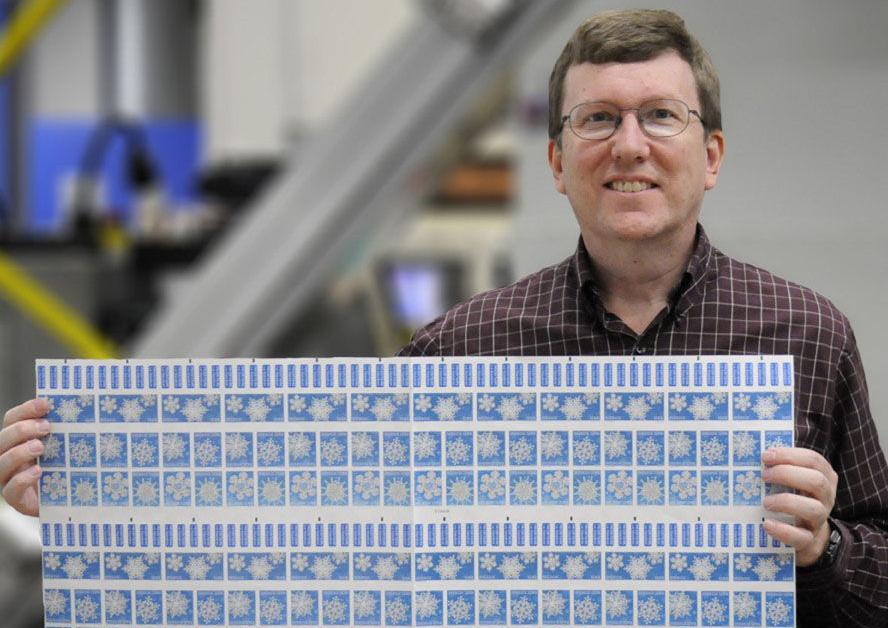 Kenneth Libbrecht is the author of 'Snow Crystals: A Case Study in Spontaneous Structure Formation.' 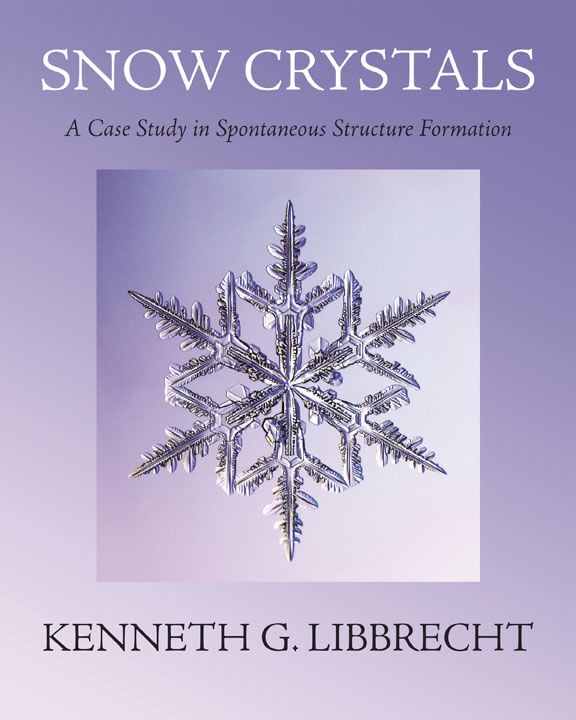 While the title is obviously wonkish, the driving idea behind the book is engaging, generally reader-friendly, and fun. And since it is a specialty book, it is also expensive – but worth a trip to the library.

Libbrecht is a physics professor at Cal Tech University who did his doctoral research at Princeton University whose book grows from his ongoing research on snowflakes – as demonstrated by his professional and personal websites that feature at least eight other books on the subject. That includes the children’s book “The Secret Life of Snowflakes” and “Art of the Snowflake,” a photographic study.

In the following excerpts from this book, fittingly released in December, Libbrecht helps us open our eyes to a sometime-blinding phenomenon that is often is part of our daily lives for several months a year:

The seemingly simple phenomenon of water vapor freezing into ice involves a veritable symphony of subtle molecular processes, from diffusive mixing in the air to the complex attachment kinetics that govern how water molecules assimilate into a rigid crystalline lattice. Explaining this intricate act of meteorological morphogenesis requires a rather deep dive into areas of mathematical physics, statistical mechanics, materials science, and the many-body molecular dynamics of crystal growth. Even now, well into the 21st century, snowflake science is very much a work in progress, as several rather basic aspects of the surface structure and dynamics of ice at the molecular level remain mysterious.

When I first began reading about the subject in the 1990s, I was immediately struck by just how little was really understood about snowflake formation. Many different morphological types of snowflakes had been observed and cataloged over the years, yet there was no comprehensive explanation for why these different shapes appeared under different growth conditions . . . Why does snow crystal morphology depend so strongly on temperature?

This has been a longstanding scientific puzzle, and I have developed a few new ideas aimed at solving it. But a complete understanding of even this straightforward observation remains elusive.

At first glance, the snowflake appears to be a somewhat basic natural phenomenon. It is made of little more than pure ice, and it assembles itself, quite literally, out of thin air. Nevertheless, trying to understand snowflake formation in detail will take us to the cutting edge of contemporary science. The journey will be neither short nor simple, so let us begin with the basics.

I often use the term snowflake synonymously with snow crystal. The latter is a single crystal of ice, in which water molecules are all lined up in a precise hexagonal array. Whenever you see that characteristic sixfold symmetry associated with snowflakes, you are actually looking at a snow crystal. A snowflake is more a general meteorological term that can mean an individual snow crystal, a cluster of snow crystals that form together, or even a large aggregate of snow crystals that collide and stick together mid-flight. Those large puff-balls you see floating down in warmer snowfalls are called “snowflakes,” and each is made from hundreds or even thousands of individual snow crystals. Snow crystals are commonly called “snowflakes,” and this is fine, like calling a tulip a “flower.”

A snow crystal is not a frozen raindrop; that type of precipitation is called “sleet.” Instead, a snow crystal forms out of water vapor in the atmosphere, as water molecules in the gaseous state transition directly to the solid state. Complex structures emerge as the crystal grows, driven mainly by how water vapor molecules are transported to the developing crystal via diffusion, together with how readily impinging molecules stick to different ice surfaces.

To begin our study of snow crystal formation, consider the life of a large, well-formed snowflake that falls from the winter clouds. The story begins as weather patterns transport and cool a parcel of moist air until its temperature drops below the dew point, meaning the relative humidity rises above 1000 percent and the air becomes supersaturated with water vapor. When this happens, the gaseous water vapor in the air tends to condense out as liquid water. Near the ground, the water vapor might condense as dew on the grass (which is why this temperature is called the “dew point”). At higher altitudes, however, water vapor condenses into countless cloud droplets. Each liquid droplet forms around a microscopic particle of dust, and these are typically abundant in the atmosphere. Cloud droplets are so small — about 10-20 microns in diameter — that they can remain suspended in the air almost indefinitely.

If the cloud continues cooling, and its temperature drops significantly below 0 degrees Celsius, then the liquid water droplets will start freezing into ice. Not all the droplets freeze at once and none will freeze right at 0 degrees. Instead, the droplets become supercooled as their temperature drops, often remaining in the metastable liquid state for long periods of time . . .

The freezing temperature of a specific cloud droplet is determined in large part by the speck of dust it contains . . . (but) the character of an included dust particle usually has little effect on the final snow crystal shape, because the dust is soon buried within the ice.

Once a cloud droplet freezes, it becomes an embryonic snow crystal that commences its growth by absorbing water vapor from the around it. Because the vapor pressure of liquid water is higher than that of solid ice, the cloud droplets surrounding the nascent snowflake begin to evaporate away. During his process, there is a net transfer of water molecules from liquid water droplet to water vapor, and then from vapor to ice. About 100,000 cloud droplets will evaporate away to provide enough material to make one good-sized snowflake. This roundabout route is how the liquid water in a cloud freezes into solid ice . . .

Soon after a cloud droplet freezes, it initially grows into the shape of a small, faceted hexagonal prism . . . The prism shape is defined by two basal facets and six prism facets that arise from the underlying sixfold symmetry of the ice crystal lattice. The molecular mechanism that creates this faceted shape is one of the key physical processes that guide snow crystal formation. Water vapor molecules strike the ice crystal everywhere on its surface, but they are more likely to stick when the surface is molecularly “rough,” meaning it has a lot of dangling chemical bonds. The facet surfaces are special, because they are aligned with the lattice structure of the crystals, so these surfaces exhibit fewer open molecular bonds. Thus, the facet surfaces accumulate water vapor at a lower rate than do the rough surfaces, and this process soon yields a faceted ice prism. The rate at which impinging water molecules stick to various surfaces is called the attachment kinetics.

If the cloud temperature drops to near -15C, which is often the case during an ample snowfall, then the basal surfaces will accumulate material especially slowly, while water vapor will condense on the prism facets much more readily. As a result, a frozen droplet in those conditions will soon develop into a thin, flat, hexagonal plate, which is an early stage of what will eventually become a large stellar snow crystal. As the small hexagonal plate is growing, its six corners stick out slightly into the surrounding humid air, causing the tips of the hexagon to absorb water vapor a bit more quickly than other parts of the crystal. The faster growth makes the corners stick out farther still, causing them to grow even faster. This positive-feedback effect causes a set of six branches to sprout from the hexagonal plate . . .

Once the six branches begin to develop, most of the subsequent growth occurs near the branch tips, where the supply of water vapor is the greatest. Moreover, the growth behavior of each branch is quite sensitive to the temperature and humidity of the air surrounding it. As the crystal travels through the inhomogeneous clouds, it experiences ever-changing conditions that modify how the crystal grows. Sometimes the branch tips become faceted, while at other times, they may sprout additional side branches. It all depends on the growth conditions seen by the crystal at any given time. The final shape of the branch, therefore, reflects the entire history of its growth, which was determined by the meandering path the flake took through the atmosphere.