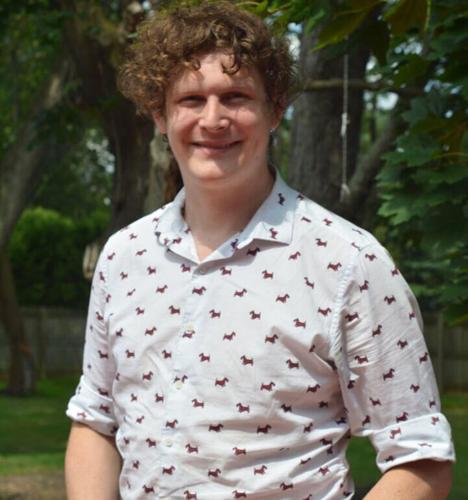 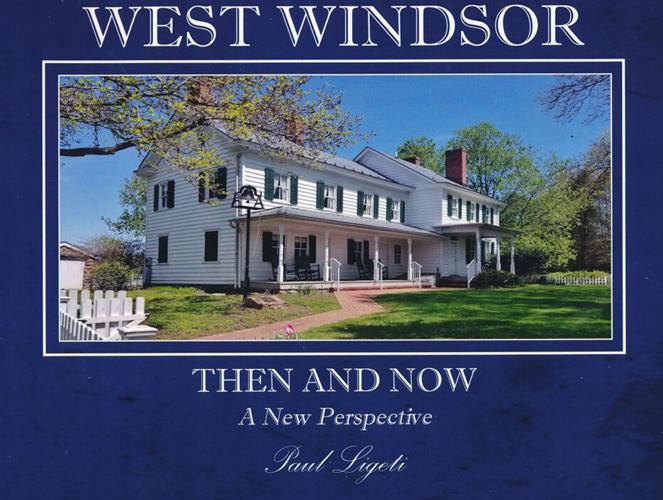 'West Windsor Then and Now: A New Perspective' celebrates the township's 225th birthday.

According to HSWW vice president Paul Ligeti — author of the current anniversary edition — the book “was something never seen before: a comprehensive analysis of centuries of West Windsor history, released amid a related year-long celebration. Authored by Henry Innes MacAdam and designed by Jeff and Ruth Currie over the span of just a few months, the original “West Windsor Then and Now” brought to residents stories familiar and new: tales of early settlers, community growth, personal lives just as nuanced and important as ours, scientific breakthroughs, and even an ‘alien invasion’ — to name just a few.”

About the new publication, Ligeti says, “The new book was written with the intent that it should be easy for anyone of high-school reading level and above to pick up and become well-versed in our collective community history. We incorporated color images onto almost every page of the book — historical photographs, documents, illustrations, maps, and more. It also has a list of the nearly 200 still-extant local sites we believe are 100 years old or older (some dating to the 1700s).

Divided into 20 sections, the 172-page publication starts off with “Natural Resources” and the simple yet often forgotten premise: “To understand West Windsor’s environment is to understand its historical foundations. The town’s natural resources were fundamental in influencing how life developed here.”

That includes natural water ways such as the Millstone River and a portion of the Assunpink Creek and later the humanmade Delaware and Raritan Canal, which fed off the nearby Delaware River.

“Rivers, creeks, and watershed did not just provide water for drinking and irrigation. They also served as important transportation corridors for those traveling by canoe, such as the indigenous Lenni Lenape. Residents further used waterways for fishing, recreation, and industry. Seven mills ground grain and other agricultural products through the turning of water wheels, powered by the flow of various rivers and creeks around the town.”

The chapter moves from water to vegetation and wildlife habitats, “which has yielded a strong variety of animal species — from fish to birds to mammals to insects and much more . . . This, in turn, has allowed humans — whether indigenous, colonial, or modern — to hunt for food, educate themselves about their surroundings, and appreciate the bounty of nature.”

Anticipating community members and readers who won’t recognize the above within the current West Windsor landscape, the chapter notes, “Historically, West Windsor was a small farming community — that is, until he second half of the 1900s. The nationwide post-World War II ‘suburban boom’ began in our town starting in the late 1950s, and development accelerated in the last quarter of the 20th century. This growth saw the transformation of much of West Windsor’s farm and woodland into suburban neighborhoods surrounded by thousands of acres of houses and manicured lawns. Disappeared were much of the forests and meadowlands that provide habitats for birds, mammal, and other creatures. Gone were the permeable soils, replaced by impermeable pavement — and therefore increased runoff.”

Hence the West Windsor Environmental Commission’s intent to create a “Greenbelt” or “a mostly non-interrupted expanse of meadows and woodland straddling either side of the town’s major waterways.”

The next chapter of the book gives focus to the original people of the area, the Lenni Lenape, a name that loosely translates as “original/real/common person.”

“The fog of time obscures the precise origin of West Windsor’s original occupants — the descendants of Paleolithic settlers who likely immigrated to the east coast sometime after the end of the last Ice Age, many thousands of years ago.”

Not so foggy is the book’s note that it was in 1634 that English captain Thomas Young was in search of a Northwest Passage through North America and had sailed up the Delaware “as far as the ‘Rockes’ — what we now know as the ‘Falls of the Delaware’ at Trenton. Also in Trenton, a stream called the ‘Assunpink Creek’ flowed into the Delaware. Had the expedition followed it northeast via a comparatively short overland trek, it would have reached the region which we now call West Windsor, and its members would have possibly encountered the area’s original indigenous inhabitants.”

While the book highlights the local by pointing out that the name Assunpink is derived from the Lenape word for a “rocky, watery place,” the chapter provides mainly a general statewide overview of the Lenape during the Colonial era.

That is until the end of the chapter when the book notes that “vestiges of the Lenape remain in West Windsor. Artifacts such as arrowheads are found along waterways and among farmland. Additionally, a 1703 deed shows two Lenape individuals — Hapohucquona and Tolomhon — selling hundreds of acres of West Winsor land south of the Assunpink Creek for ‘Five match coats, two hoes, two hatchets, four knives and one gallon of rum.’ This buttresses longtime tradition that the community of Edinburg — at the intersection of Old Trenton and Edinburg Roads — was established near or at the site of a Lenape settlement.”

Readers also learn that West Windsor “is also home to ‘Tatamy’s Swamp’ — wetlands largely between Clarksville and North Post Roads that were likely once owned by a seminal Lenape figure named Moses Tunda Tatamy (c. 1690 – 1760). After witnessing the extrajudicial execution of his chief, Weequehela, in 1727, Tatamy vowed to protect his people. He became a prominent peace keeper, settling numerous intercultural disputes for decades and participating in summits such as the treaty of Easton.”

The next chapter, “Colonial Predecessors,” follows the European colonization. And after a quick overview of the Dutch and English settlers in East and West Jersey, the chapter soon hones in on the history and the references that provide the names in the region.

For example, although he probably never set eye or foot on the region, William Penn purchased a region of what is West Windsor – hence the Penns Neck (or stretch of Woods) name.

Around the same time, in 1693, Englishman David Lyell purchased a portion of what is West Windsor that abutted Penn’s property, hence the familiar name Penn-Lyle.

Local history heats up around 1730 with population expansion below New Brunswick into “Windsor,” “very likely” named after the English town. Scottish settlers in the region also contributed area names.

After noting a variety of land sales, a “wave” of Dutch families — from the original colonial settlers in what had been New Amsterdam — “began to define the area and formally chartered the Township of Windsor in 1751.”

“West Windsor retains a few remnants of this original wave. The Schenck-Covenhoven cemetery west of Route 1 and north of Washington Road dates back to at least 1746. And perhaps most interestingly, the ‘Schenck Farmstead’ — home to the West Windsor History Museum — may have been farmed at least as far back as the 1740s, when Cornelius Voorhees purchased a large tract of land from David Lyell’s son, Fenwick.”

The book continues and quickly provides readers information about the town’s incorporation, community life during the Revolutionary War, the various communities within the township, and the “Tale of the Two Windsors,” prompted by the division growing between those who identified as being closer to Princeton with those gravitating towards Hightstown.”

There are also a few pages devoted to slavery in West Windsor, noting that early Quakers practiced slavery and using census figures and newspaper advertisements for facts.

Interestingly the book provides a piece of New Jersey history often overlooked: The state’s “constitution written in 1776, gave suffrage to free African Americans (male and female) and white females. However, a subsequent 1807 law, restricted voting to only white men with fifty or more pounds worth of property.”

The book continues with chapters dealing with “Farming, Faith, and Families,” “Nineteenth Century Progress,” and developments and transformations from 1900 through 2022.

The final product is an important document that captures the history of the town through historic documents — as attested by its 16 pages of bibliography — and some current reflections that speak to the moment.

For example, look at the simple inclusion of the township’s competition to secure a 225th anniversary logo that would encapsulate the township’s history in just a few words and images.

As contest winner West Windsor artist Mikel Circkus tells readers, “To come up with the graphic . . . I backed into the design by following the brief. The instruction specified two colors, plus black and white, and to include two to four design elements from the Historical Society’s list of references.

“The Township’s official seal is yellow and green, so I stuck with that as my palette.

“For the historical references, I chose three that were our community’s most recognizable — agriculture, the (Princeton) Junction (train), and of course, ‘War of the Worlds.’

“(I used) ears of corn, a locomotive, and an extraterrestrial tripod, that I modeled after the 1906 illustration by Brazilian artist Henrique Alvim Correo in Book One, ‘The Arrival of the Martians,’ from the Belgian edition of ‘The War of the Worlds (1906).’

“I enclosed the design elements, including the type and banner, in a circle for both its symbol of unity, integration, and wholeness, as well as the simplicity of integrating the logo on all forms of promotion.

“Ultimately, I wanted the finished piece to have an illustrated quality that would be contemporary with a considerable nod to the past while appealing to the entire community.

“As a resident for over 20 years, I’m honored to have had the opportunity to contribute my design and sensibilities to our local history.”

And by sharing his words and thoughts, he, Ligeti, and the Historical Society of West Windsor give the community something to remember and celebrate.

West Windsor Then and Now: A New Perspective by Paul Ligeti, 170 pages, $29.99 (softcover), $49.99 (hardcover), available through the Historical Society of West Windsor website.

For more information, go to www.westwindsorhistory.com.