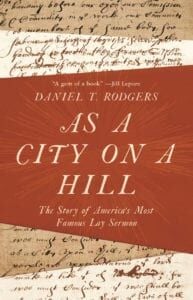 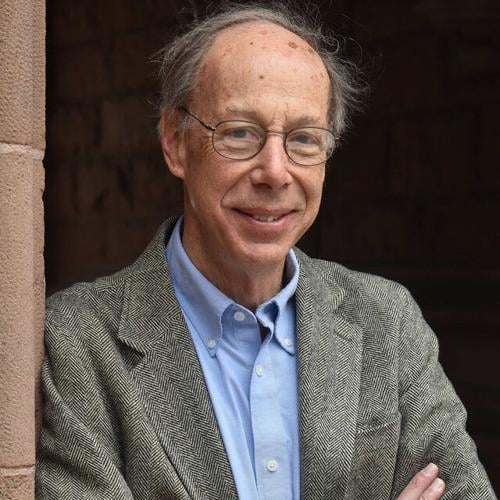 “For we must consider that we shall be as a city upon a hill; the eyes of all people are upon us.”

Those ringing words have been in the toolbox of presidential rhetoric for more than a century. Virtually every candidate since Ronald Reagan has cited them. But today the “shining city on a hill” has all but disappeared from view. Donald Trump never uses it. That tells us something. Today the ups and downs of this resonant phrase give us a revealing insight into our present political moment.

Consider the mixed pedigree of the phrase itself. The metaphor of America as “a city on a hill” was originally stripped from the concluding paragraphs of a lay sermon written in 1630 by the Puritan governor John Winthrop as his ship, the Arabella, bobbed across the Atlantic Ocean on its way to found what would be known as the Massachusetts Bay Colony.

The phrase then lay unread and forgotten for more than two hundred years. It reappeared when Winthrop’s full sermon, titled “A Model of Christian Charity,” was found among a bundle of old sermons and was finally printed in England in 1838. As Princeton historian Daniel R. Rodgers compellingly demonstrates in his 2018 book, As a City on a Hill (Princeton University Press), our understanding of the sermon’s role in our national narrative is flawed and “at least half wrong.”

For starters, Winthrop probably did not deliver the sermon at all. No one who was on the ship mentioned a word about it afterwards. Moreover, history has missed Winthrop’s main point in the sermon itself. Winthrop’s goal was not to inspire his Massachusetts Bay Company to found a nation that would be the envy of the world for its power and glory. He was pointing out that the eyes of a critical world would be watching and passing a moral judgment on their success or failure in raising the poor and loving one another. The standard would be if they achieved “charity” — the rule of love and shared obligation. As Winthrop wrote, “We must love one another with a pure heart fervently.”

The sermon was first published for general readers in 1916, on the verge of the First World War. Historian Daniel Boorstin mentioned it in 1958 in his epochal study, The Americans: The Colonial Experience. Then in 1961 John F. Kennedy’s speechwriter Theodore Sorenson had the newly elected presidential candidate say in his farewell speech to the State of Massachusetts : “We must always consider that we shall be as a city on a hill — the eyes of all people are upon us.”

In 1964, President Lyndon Johnson picked up the theme. He saw America as “a city on a hill” to which the world looks “uncertainly and hopefully” to see “the brightness and nobility which is in man.”

The most profligate visitor to the city on the hill was Ronald Reagan, who used it first as California governor in 1960-70 and more than 30 times as president. His speechwriter Peggy Noonan had him use it in his farewell address in 1989.

Why then has the city on the hill faded from view now? Donald Trump never uses it or, for that matter, refers to the Founding Fathers in his speeches and rallies. His framework is not the community. Instead of praising our “exceptionalism” among all nations in virtue, he has seen “American carnage” and repeatedly described America as “a disaster.” Where Winthrop laid out a goal of a community rooted in love, Trump sees a community where the moral question no longer matters. Celebrity, not community, is his governing value.

Where does this leave us? The sermon has not lost its relevance. In Daniel Rodgers’ words, our responsibility is “To live not in a permanently shining city, its floodlights guaranteed by God and exceptionalist history, nor in a fortress of unshakable greatness, but to live as if one’s society was under the moral scrutiny of the world, as if the eyes of all people were trained on it.”

As Rodgers rightly concludes, “What responsibility could be heavier?”

Landon Y. Jones is the author of “Great Expectations: America and the Baby Boom Generation.” He lives in Princeton.