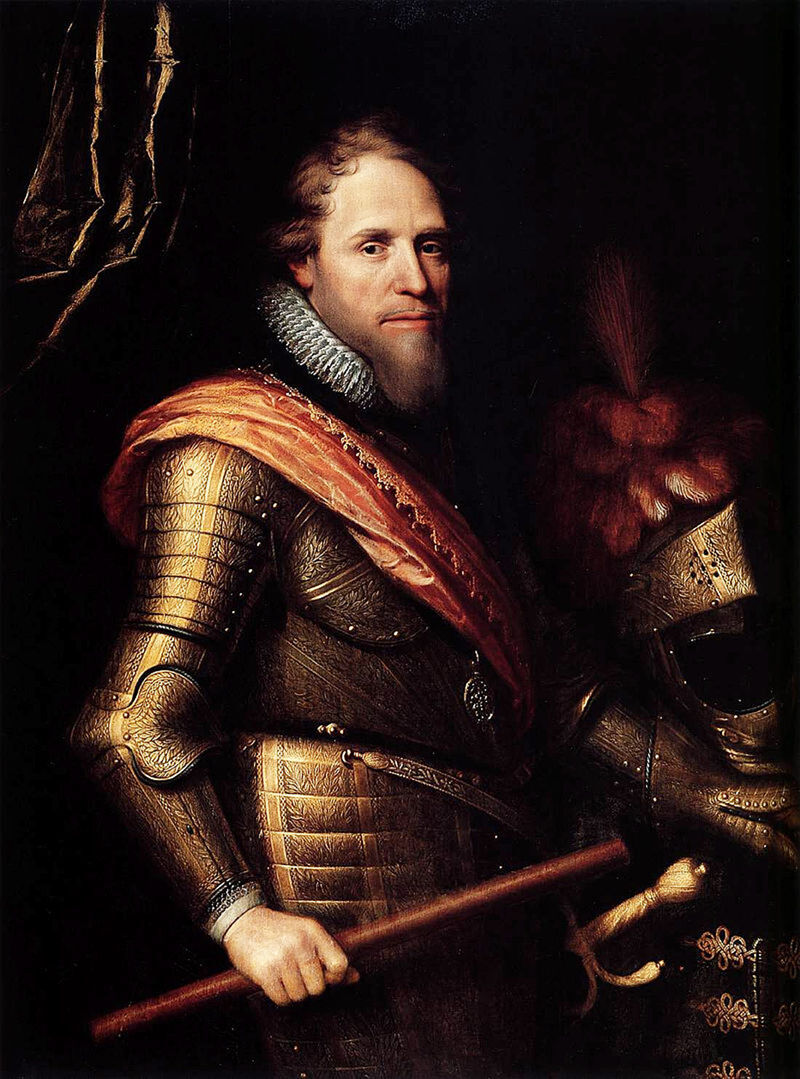 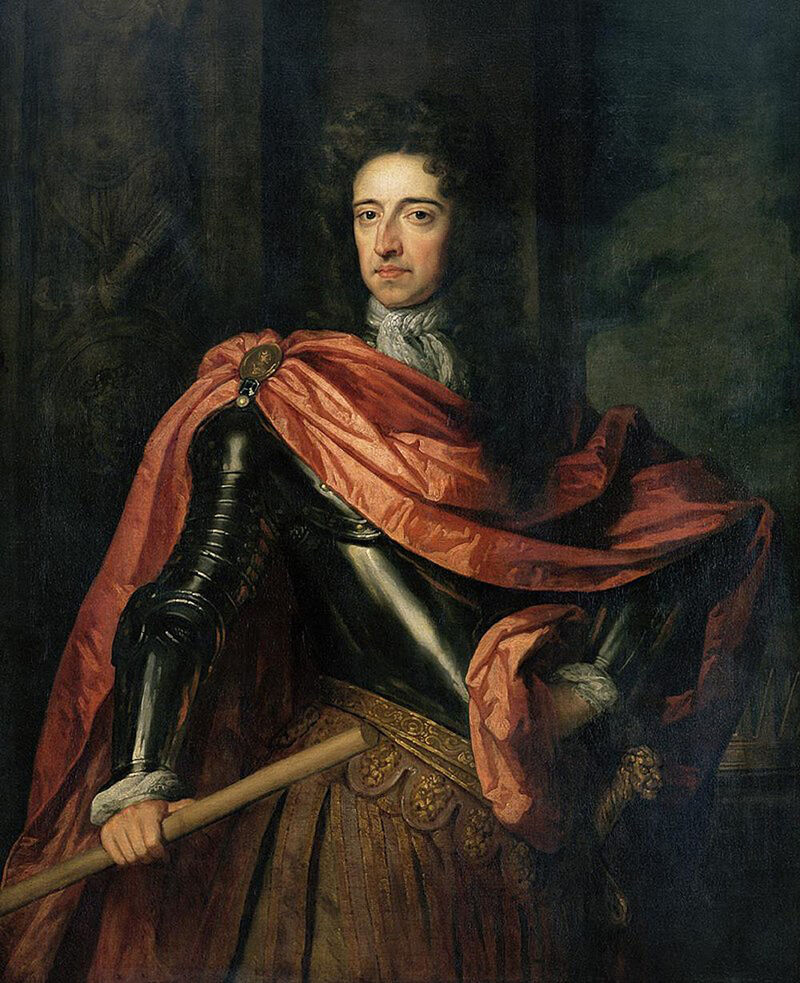 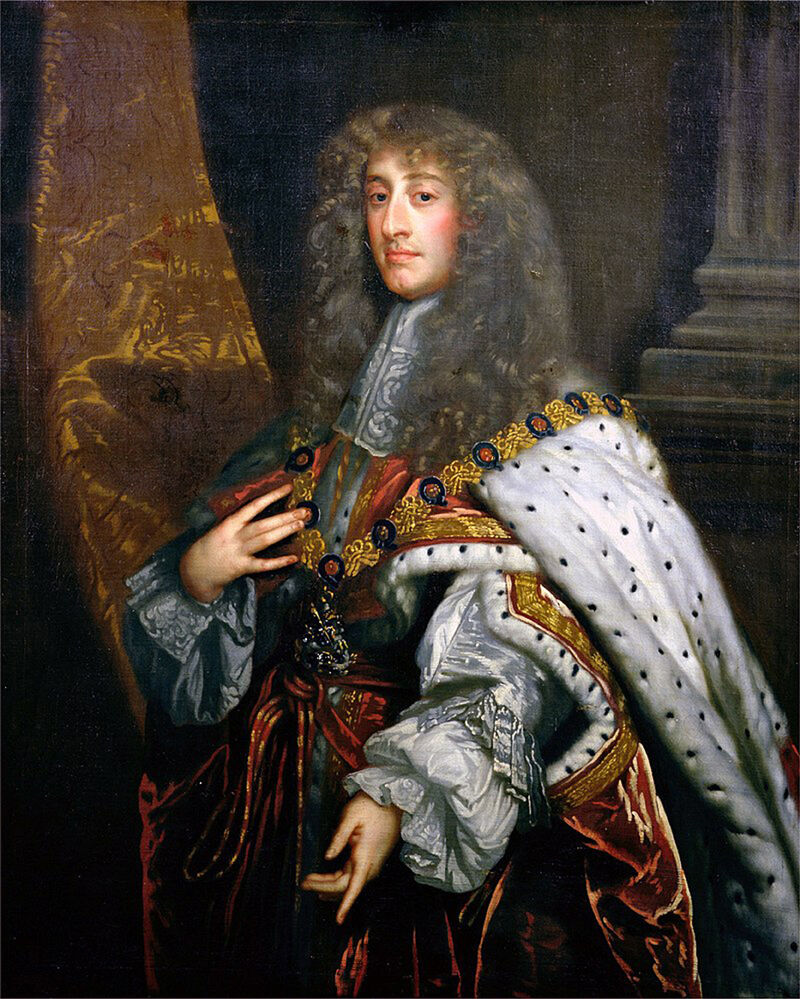 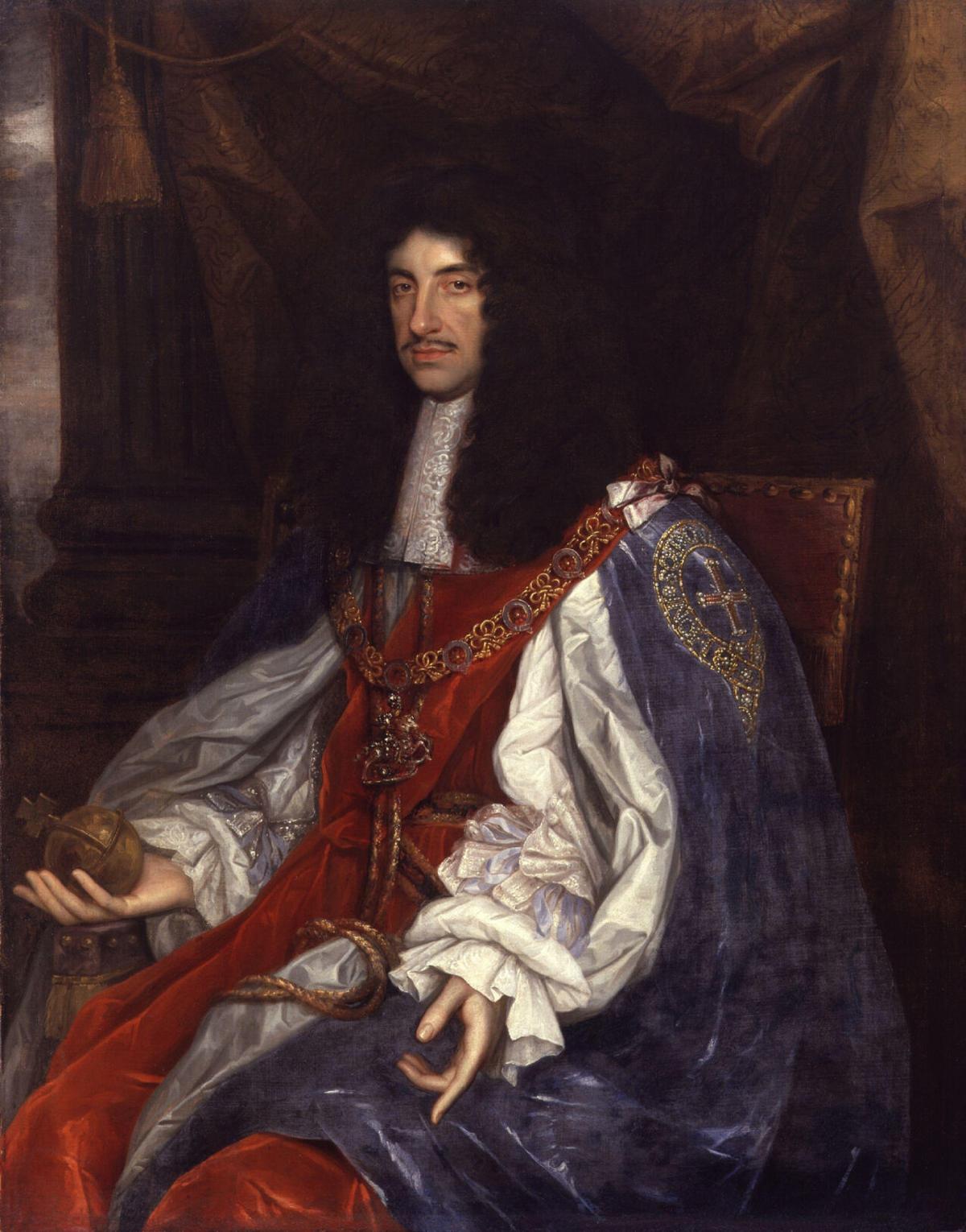 King Charles II by John Michael Wright or his studio. 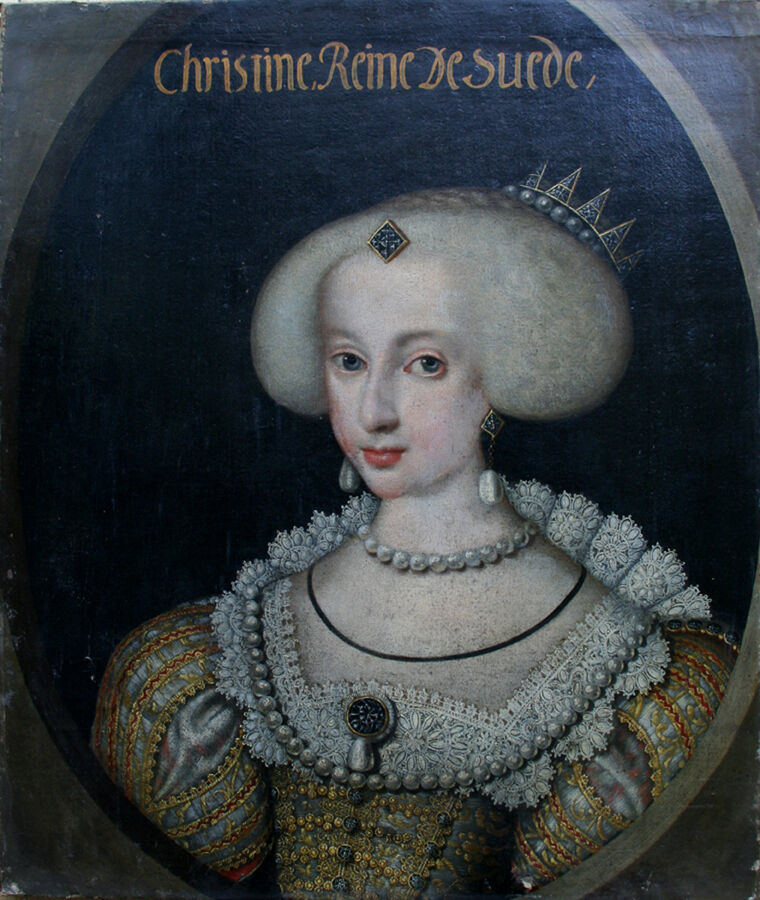 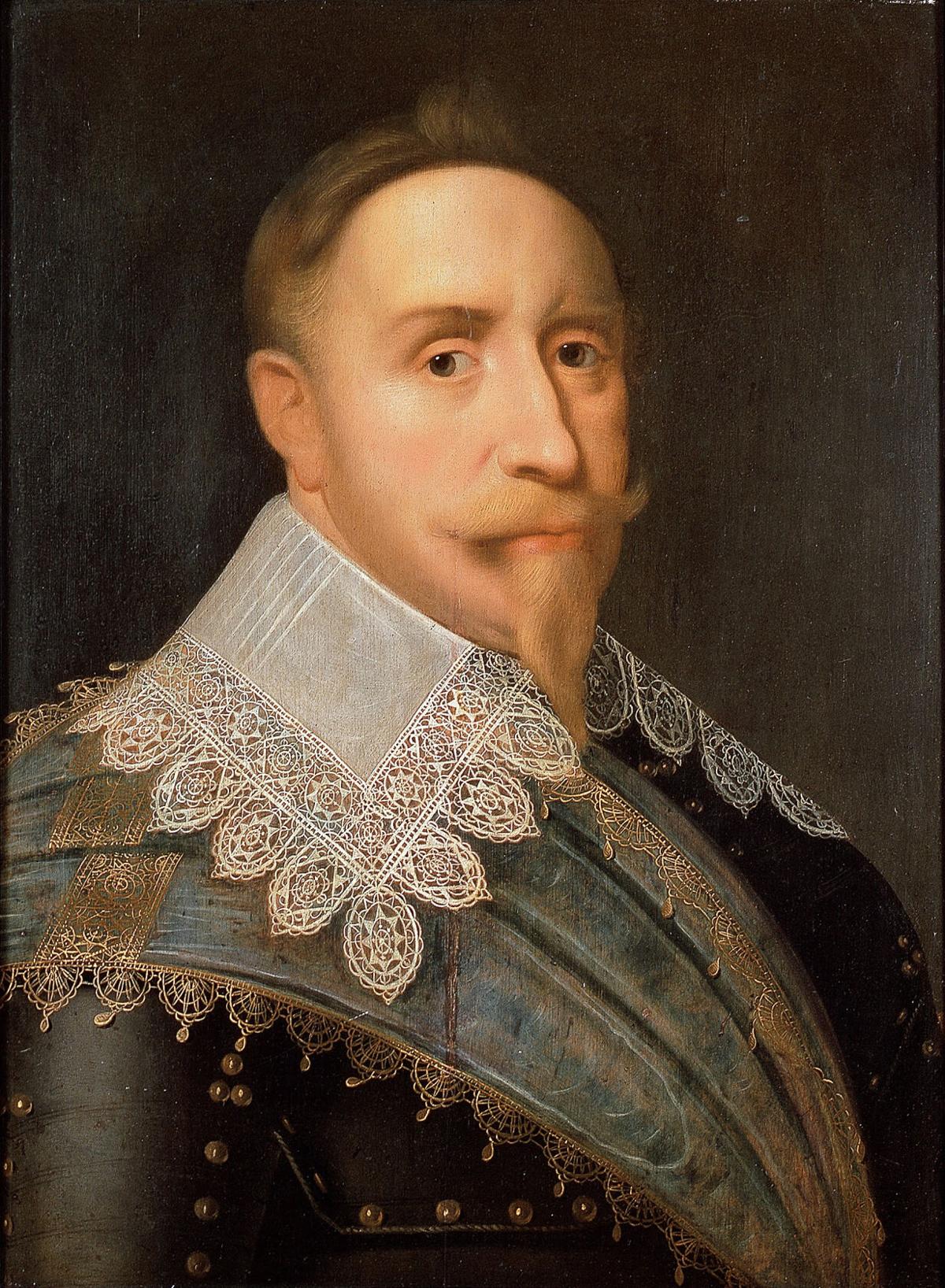 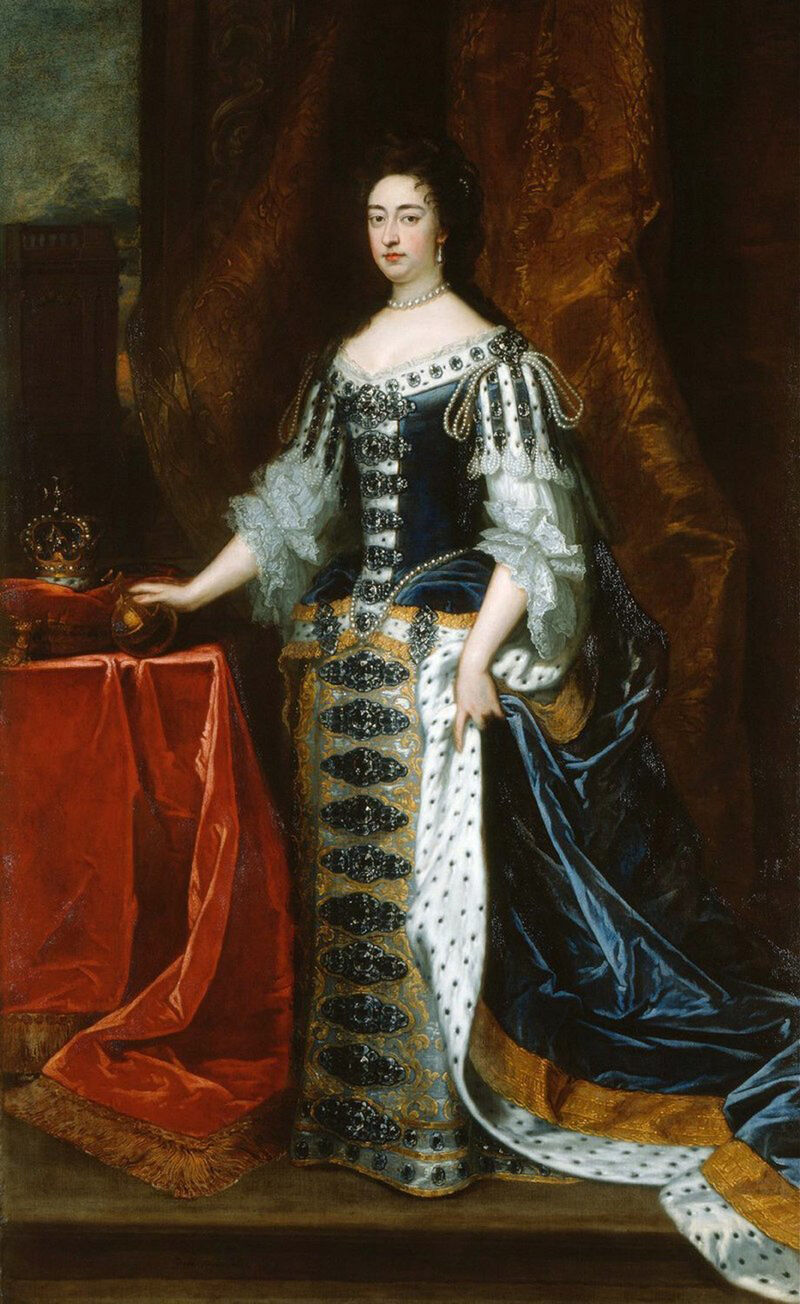 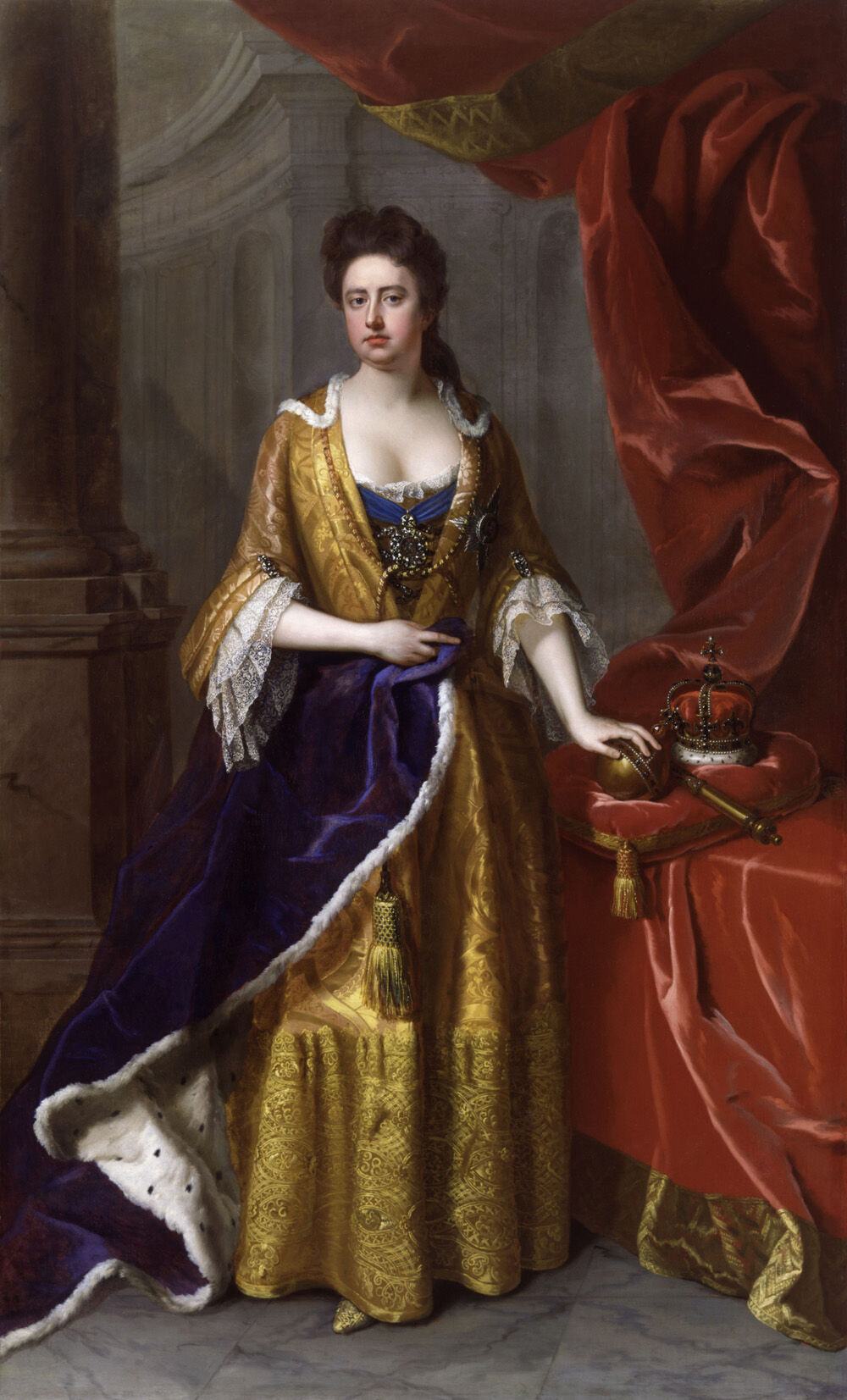 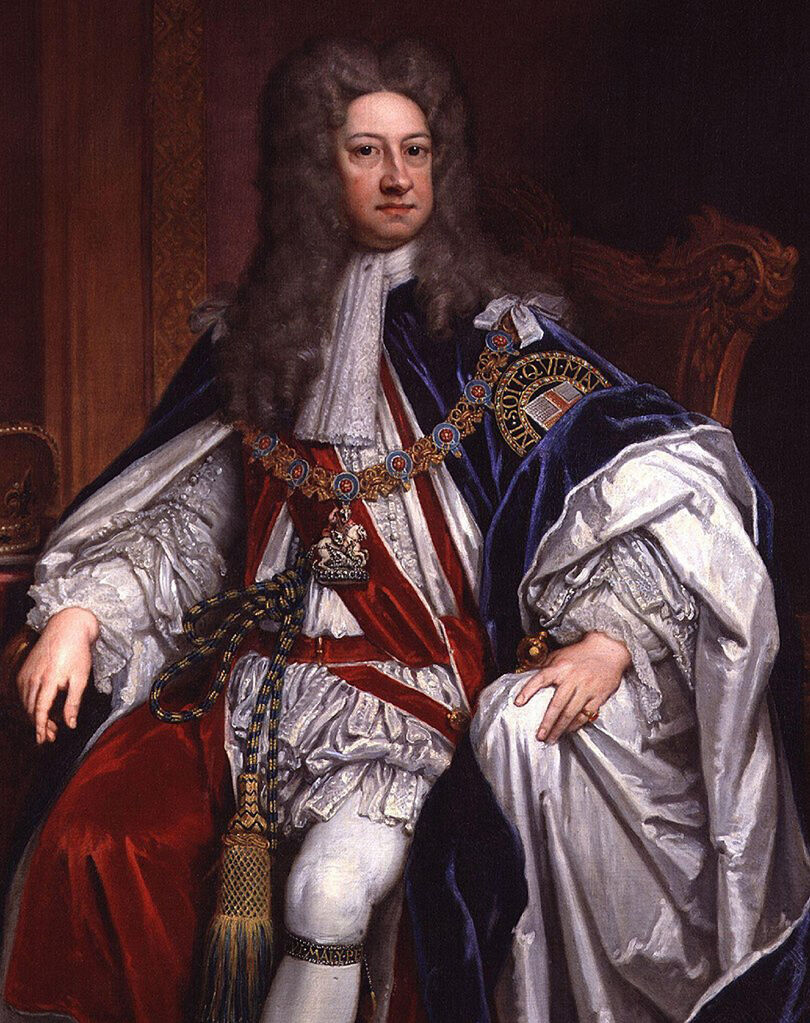 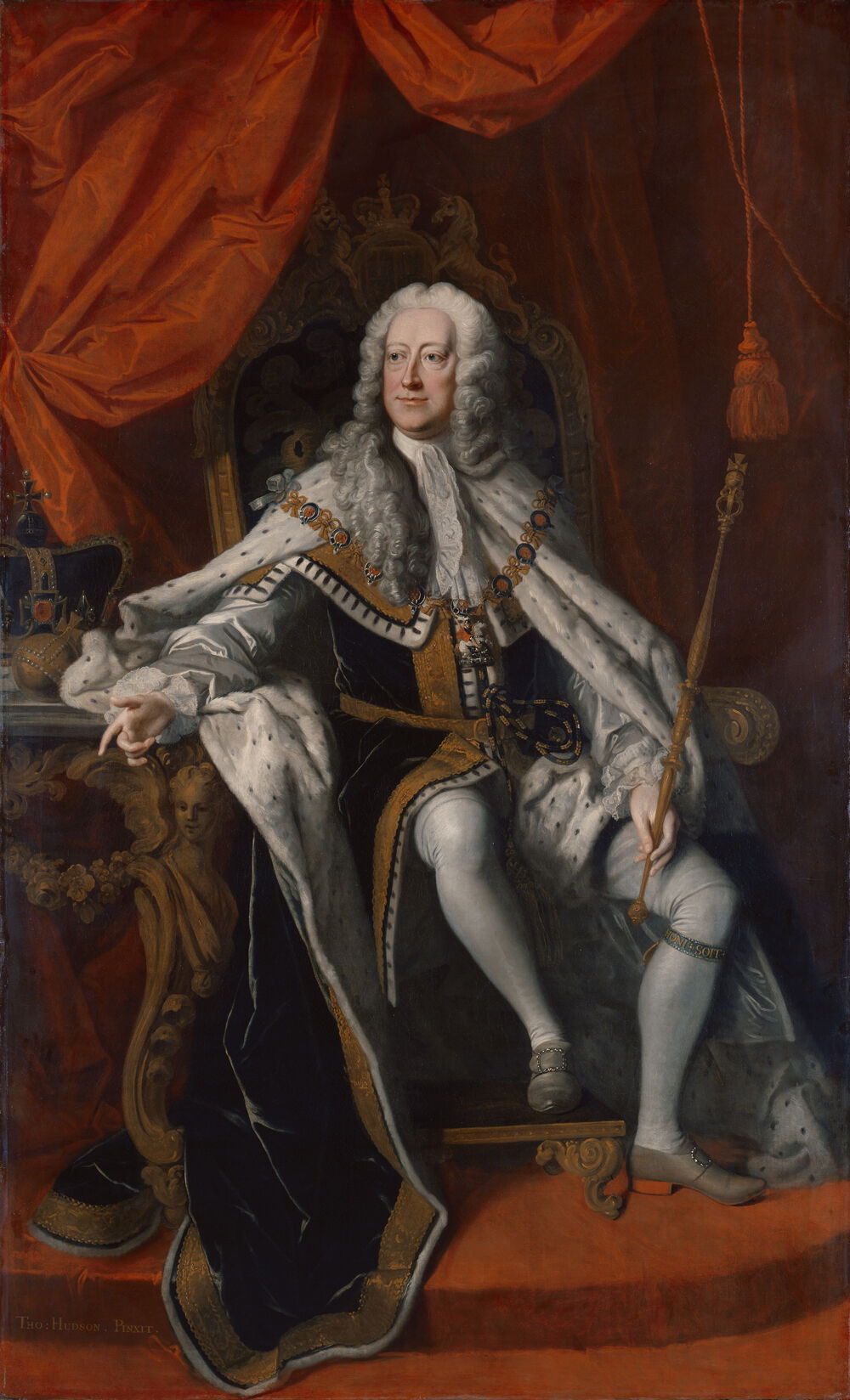 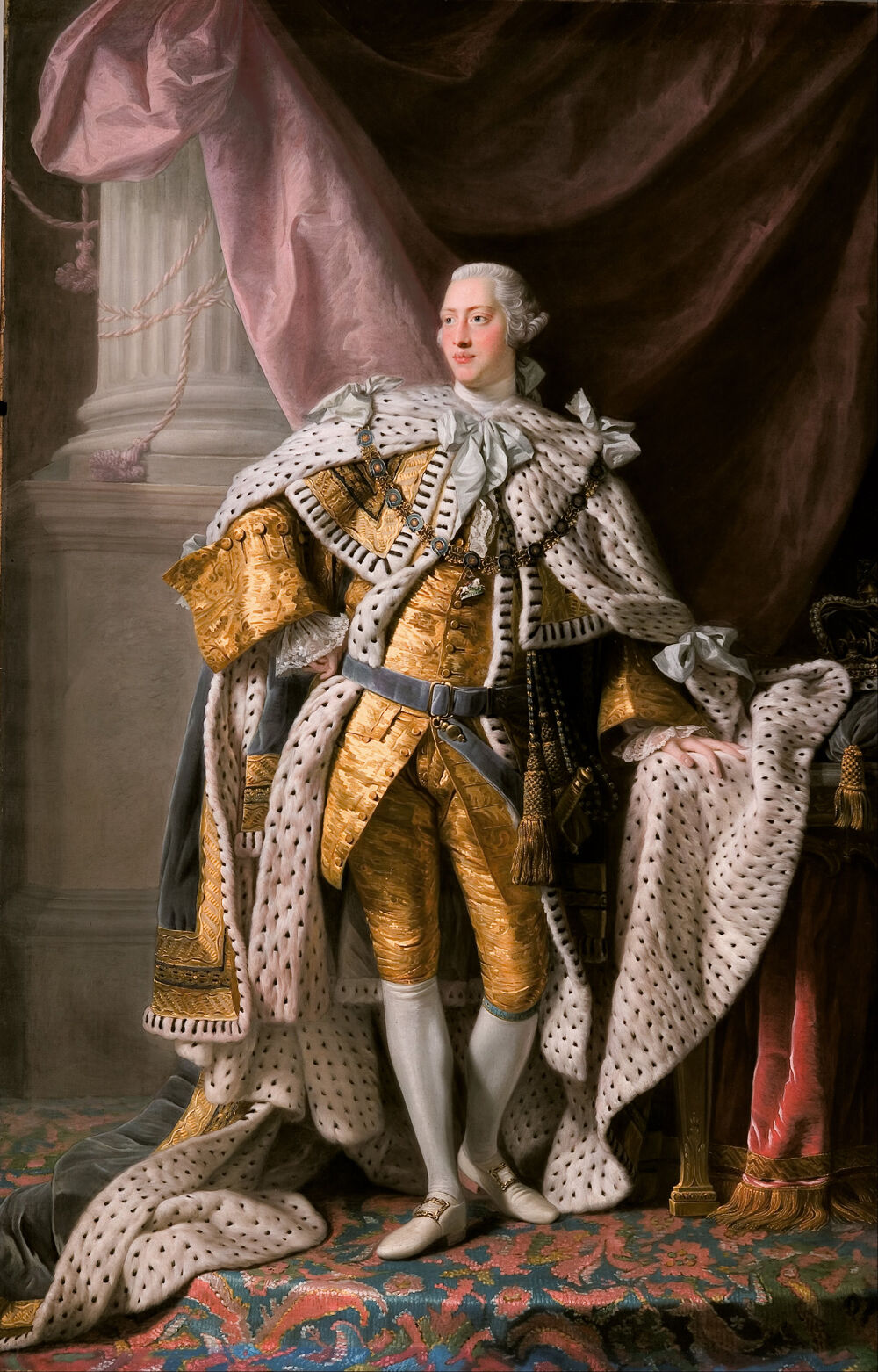 King Charles II by John Michael Wright or his studio.

Prince Street is where I live. Princess Road is where I work. Princetoninfo is part of my email address. And the names — Kingston, Queenston, and Kings Highway — are all constant reminders that the region was once dominated by European royalty.

That was until, of course, a band of imperfect people decided in 1776 to eschew the “Divine Rights” of monarchs — especially that of England’s King George III — and took a gamble at creating a “more perfect union” through democracy.

And while George III is probably the best known ruler figuring into New Jersey’s history, he’s just one in a long succession of rulers — or multiple rulers — who held this region under their royal thumbs.

Pulling from my memory and my years working at the New Jersey State Museum — where I handled the press when the King of Sweden visited to commemorate the founding of New Sweden — and collecting bits of trivia, I’m offering the following royal view of New Jersey’s European monarchs — just in time for the Fourth of July weekend.

While English explorer John Cabot, sailing for England’s King Henry VII in 1497, could have been the first European to visit the region, Europeans got their first gawk at the future Garden State around 1524. That’s when Giovanni da Verrazzano was hired by France’s King Francis I to find a route to the Pacific Ocean and put the area on the map.

But that was pretty much window shopping. Colonization got its start 85 years later when in 1609 Henry Hudson, the British explorer working for the Dutch, claimed the land and called it New Netherlands.

Although a republic, the Netherlands would also involve royals and at the time, there was Maurice of Nassau, soon to be known as Prince of Nassau — a prominent family whose name shows up later. The river, now known as the Hudson River, was called the Mauritius River or the Mauritz River in the ruler’s honor.

The Dutch began colonizing the Hudson Valley region, establishing a colony at Bergen in what is now known as north New Jersey. Peter Minuit, one the settlement’s most recognized figures, arrived in 1624 and is credited with purchasing Manhattan from the Lenapes.

Meanwhile, under the auspices of King Gustavus Adolphus, the New Sweden Company hired the same Peter Minuit to oversee its colonization of southern New Jersey. The time is the early 1630s.

When Adolphus died in 1636, Swedes and Finns continued to colonize under the reign of his daughter, Queen Christine — whose name can be found in sights along the Delaware River.

The Dutch saw the Swedish presence as a threat to security and trade. So in 1655 they sent a fleet south from New Amsterdam and took possession of New Sweden and control of the area now known as New Jersey.

Another European rival then got into the act. In the early 1660s, English ships sailed into what is now New York Harbor and offered New Amsterdam leaders an offer they couldn’t refuse: surrender or be blown up.

The Dutch surrendered. But they later decided to fight back and started a series of back-and-forth battles until they finally surrendered all of New Amsterdam to England’s King Charles II.

In 1664, James granted proprietorship over New Jersey to Lord John Berkeley and Sir George Carteret — both defenders of the royalty through England’s civil war — and New Jersey got its start as East and West Jersey — with the Jersey name coming from the island between England and France.

Between Charles II and the 1776 revolution, the English monarchy was firmly in command through the following rulers:

James II, 1685-1688, as noted, provided the original grant to colonize what would eventually become the state of New Jersey.

William and Mary — he from 1689 to 1702 and she from 1689 to 1694 — inherited the agreement and its ensuing colony-related problems, including disputes over property ownership, rights, and borders. However, the royals seemed to be spared from acrimony. In fact, William’s broader leadership and respect of parliamentary rights gained him wide support, and colonists celebrated him by using his hereditary name — Prince of Orange and Nassau — to honor him by designating an area of New Jersey as the Oranges (and briefly naming New York City “New Orange”).

Anne, 1702 to 1714, consolidated East and West Jersey into New Jersey and appointed the state’s first governor, Edward Hyde, aka Lord Cornbury. His legacy includes taking the first recorded royal bribe and thus establishing the state’s penchant for corruption. Anne’s royal court eventually had enough of Hyde, called him home in 1708, and placed the state under the jurisdiction of the governors of New York State, triggering lingering resentment in New Jersey.

George I (1714–1727) ruled over a growing state. In this region a growing number of houses, taverns, shops, and a Presbyterian Church formed the village of King’s Town, now Kingston, in 1723.

Princeton got its name around the same time. As noted in the 1879 “History of Princeton,” there is a very general belief among our citizens that Princeton has a flavor of royalty about its name that it was given in honor of William, Prince of Orange, a prince whose memory was cherished with affection by hosts of men, who had been subjects of oppression and persecution in Great Britain and on the Continent of Europe, not of a few of whom had taken refuge in this country and in this neighborhood.

“But it is more probably that this name is traceable to Kingston, a village a few miles east of Princeton. Kingston is probably an older village by name than Princeton; and the idea of royal affinities seems to have been kept alive in the people of the neighborhood, in designating the names of several adjoining places. For we have first Kingston — next Queenston — then Princeton, and the last Princessville, succeeding each other on the road from Kingston to Trenton. The first of these names, Kingston, was probably so called because it was situated on the road called the King’s Highway — the ancient road leading from New Brunswick to Trenton.” And the Lawrenceville section of Princessville providing the name for the street where I work.

Also during this time another familiar name appears. The small town of Inian’s Ferry (previously Prigmore’s Swamp) was changed to New Brunswick in honor of the king whose other title was the Duke of Brunswick. The name also became the moniker for a regional highway, Brunswick Pike. The king’s connection to the House of Hanover also appears in Trenton’s Hanover Street.

George II, (1727–1760), brought England’s war with France to the colonies with the French and Indian Wars, aka “George’s War.” Although the king made citizens happy by reinstating a New Jersey governor in 1738, his long war fostered resentment in the citizens and perhaps primed the spirit for revolt and revolution. It was also during his reign that the British built the Trenton barracks — a prominent reminder of England’s rule.

Another prominent building created under George II is Princeton University’s Nassau Hall. It was completed in 1756, a time when the colony was experiencing tensions between the Anglicans, Presbyterians, and Quakers. The building was originally to be named for Governor Jonathan Belcher, who declined the honor and convinced the college administrators to name it “for the glorious King William the Third of the illustrious House of Nassau,” a champion of religious and political liberty. Obviously, Princeton’s main street and the university’s colors connect to William III, aka Prince of Nassau and Orange.

And George III, (1760–1820), oversaw an era when taxation, lack of ability to manufacture products, and new ideas regarding liberty and human rights led a New Jersey delegation — including residents of Bordentown, Hopewell, and Princeton — to sign the Declaration of Independence and begin a bold new experiment in governing and closed the history of New Jersey monarchy.

So while the above accounts for the royal names for where I have a business and email address, who’s the prince of Prince Street in Bordentown? That name comes from Prince Murat, a French royal who moved to the town to be close to his uncle, Joseph Bonaparte — the former king of Spain who took the crown jewels and set himself up in Bordentown far away from the problems caused by monarchs and emperors.

So, despite European monarchs controlling New Jersey for centuries, Bonaparte and the prince who lived in a mansion at the end of my street are the ones who actually settled in New Jersey — where they lived like kings.