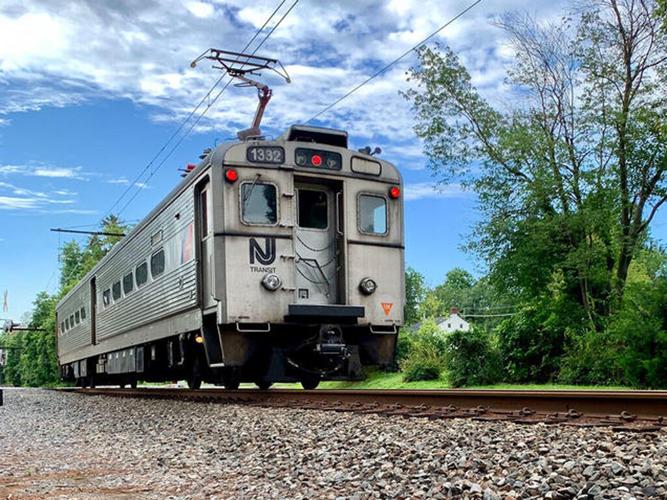 The Dinky train that runs between Princeton and Princeton Junction. 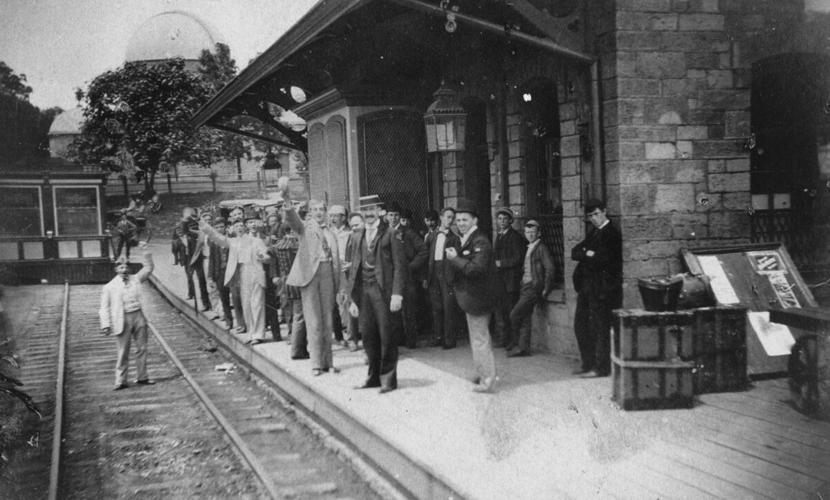 In this archival photograph, passengers wait on the Dinky platform in 1891. Image courtesy of the collection of the Historical Society of Princeton.

New Jersey Transit is considering a plan to replace the Dinky rail line that runs between the Princeton Junction and Princeton train stations.

Stantec—a professional services company in the design and consulting industry hired by N.J. Transit—issued a 44-page Princeton Transitway Study report on Nov. 21. The report evaluated the future of the line, studied alternatives and issued a preliminary concept analysis.

The report recommends that the Dinky line be replaced with a dual-purpose light rail line and a bus rapid transit system that can be expanded into other areas. The cost of the project is estimated at $190 million, according to the report, and includes an option to build a pedestrian path paralleling the transitway line.

The light rail would be embedded in the bus rapid transit roadway. The BRT component could then be expanded to routes on streets beyond the train stations in both towns to serve other areas.

The line is also a vital connection between Princeton and the mixed-use transit village being built by Avalon Bay at the Princeton Junction train station.

The Dinky line is named for the small, two-car trains that operate on it, which are known as “dinkies.” The line has a rich history dating back to 1865, when it was established as a way for passengers to travel between Princeton and Princeton Junction. Despite its small size and local focus, the Dinky line has played a significant role in the history of transportation in the Princeton area.

A total of four alternatives were considered by the study:

In recommending the first alternative, the study states that it would, “substantially enhance mobility and access to transit in Princeton and West Windsor, increase ridership, enhance active modes, and would minimize negative impacts to ROW (right-of-way), the environment, and historical and cultural resources.”

The Stantec report says that the timeline for subsequent phases of the study is currently unknown. “The next step would be to advance Alternative I to preliminary design and complete the required environmental documentation, either an Environmental Assessment or Environmental Impact Statement.”

It also states that N.J. Transit will need to further collaborate with Mercer County, the municipalities and local stakeholders to begin planning pedestrian/bicycle enhancement projects to connect to the proposed pedestrian and bicycle pathway as well as establishing transit-oriented development zoning along the Princeton Branch corridor.

The project is being supported by Friends of the Dinky Corridor, a local organization with membership that includes area citizens and officials who support an upgrade to the current line to meet increased transit demands.

The group has a started a petition on change.org an upgrade to the Dinky corridor that currently has 445 digital signatures. The petition states: “The time is now to invest in a 21st-century transitway. The greater Princeton area is eager for transit connections that serve actual, daily travel needs.... As people who live, work, and study in the Princeton - West Windsor area, we urge N.J. Transit to turn this vision into a reality.”

It also states: “The upgraded Dinky transitway will reduce car traffic. It will cut down commuting times to the Northeast Corridor. It will draw more visitors to our local stores and restaurants. We believe in transit infrastructure that helps build community. So here’s our message to NJ Transit and local elected officials: let’s get this project on the fast track.”

Brian Levinson, a representative of the group said: “Now, with so much competition for infrastructure funds, we need the support of elected officials—particularly at the state and federal levels—to make it happen.”

Levinson, a Princeton resident and social studies teacher at WW-P High School South said that the Dinky line as it currently exists is a missed opportunity. “My students have no safe way of walking or biking to Nassau Street, just a few miles from their homes,” he said, adding that it’s a also missed opportunity for the Princeton business district.

He said that the residents of the 800 housing units being built by Avalon Bay at the Princeton Junction transit village, “will take one look at clogged Route 1 feeders like Washington Road and decamp to restaurants on their own side of the highway, and no amount of al fresco charm and artisanal ice cream is going to change their minds.

“What will change their minds is a more flexible rail-and-bus route that extends into downtown Princeton and runs every 10-15 minutes. It’s a win for diners, shoppers, and commuters too, as the N.J. Transit proposal includes stops at the Carnegie Center office complex.”