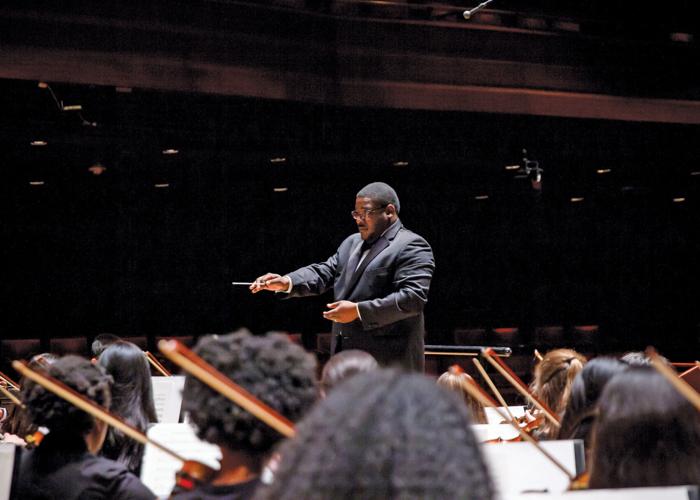 Part of Kenneth Bean's duties with the PSO include leading the Youth Orchestra of Central Jersey. 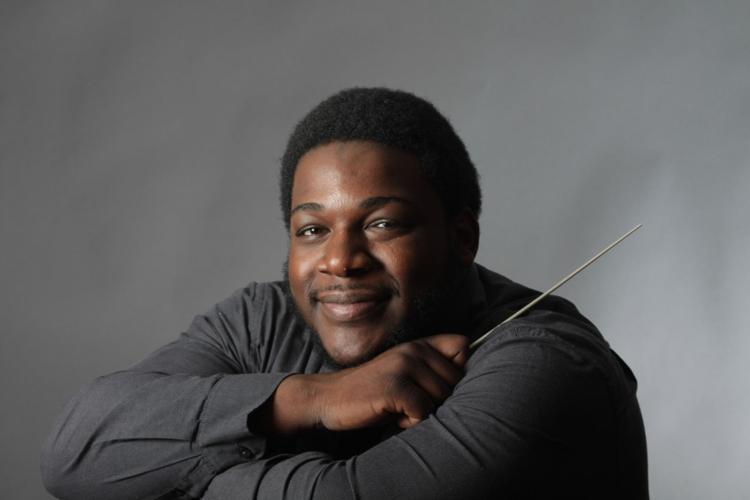 That’s a good description for Kenneth Bean’s recent professional life, especially his appointment as the new Georg and Joyce Albers-Schonberg assistant conductor of the Princeton Symphony Orchestra, as well as conductor of the Symphonic Orchestra of the Youth Orchestra of Central Jersey, the PSO’s youth orchestral partner.

He was brought on board in early autumn and tasked with launching rehearsals for the Symphonic Orchestra of the YOCJ almost immediately, since the ensemble needed to prepare a challenging program for its winter concert, which was performed January 23.

“I saw the job posting as I was working at the Kinhaven Music School in Weston, Vermont, this summer,” Bean says. “While I was at camp, I assembled my package for the PSO and sent it off. At the same time, my colleagues at (the Collingswood, NJ, based) Symphony in C told me this posting was open. They didn’t realize I had already gathered my materials. It was a very quick turnaround, though, from application to audition.”

“When I first saw the job posting, it stated that rehearsals would start right away for the YOCJ, and I thought ‘this has got to be a mistake,’” he adds. “Usually there’s more time (before a concert), a few months, even a year or so, but they needed someone right away, and I was happy to work it out.”

In a phone conversation on a frigid January afternoon, Bean reflected on his busy schedule, how his young musicians were advancing, and if the ghost of COVID-19 would put the kibosh on live music performances this winter.

“We rehearsed last night, our dress rehearsal is coming up next Tuesday; then the (YOCJ) concert is the following Sunday,” Bean says. “We’re playing the Beethoven Concerto for Violin and Orchestra; David Kim, concertmaster for the Philadelphia Orchestra, is the soloist, and it’s going quite well. We’ve been rehearsing since October and every week the orchestra is progressing. The kids are very committed, and they sound terrific.”

In addition to preparing the YOCJ’s winter concert, Bean is in rehearsals with the PSO, working on a program to be performed the evening of Saturday, February 5 and Sunday afternoon, February 6. Bean will debut in his new position as assistant conductor, with a program that features Samuel Coleridge-Taylor’s Ballade, Opus 33, Antonin Dvorak’s Symphony No. 9, “From the New World,” and Jean Sibelius’ Violin Concerto, featuring violinist Alexi Kenney.

The February concerts will be held at the PSO’s “home,” Richardson Auditorium, on the campus of Princeton University. All attendees are required to be masked and present proof of full vaccination.

Bean is especially looking forward to sharing the Coleridge-Taylor work with the PSO audience.

The 19th-century English composer, whose sonorous sound is sometimes compared to Mahler’s and Dvorak’s, is probably most famous for his composition “Deep River,” composed in 1904 as part of his “24 Negro Spirituals.”

“Coleridge-Taylor’s ‘Ballade’ is a really great piece, and I got to perform it as a trumpeter when I played with the Sphinx Symphony Orchestra; it was the last time the late (maestro) Michael Morgan led the orchestra,” Bean says. “I was hooked, and thought, ‘I’ve got to find an opportunity to program this piece. When the position with the PSO came up, I thought about ‘Ballade’ immediately.”

Growing up in Baltimore, Bean, along with his twin brother and a younger sister, was raised by a single mother who worked for the State of Maryland as a corrections officer and is now a correctional case manager for the state.

“She’s worked for the State of Maryland for 32 years,” Bean says. “As we got older, she was able to complete a bachelor’s degree in criminal justice and a master’s degree in human services at the University of Baltimore.”

As a kid, Bean was especially spellbound by the piano and all other kinds of keyboards, but the family’s financial budget didn’t cover lessons.

“My mom realized my love for the piano, though, so I would get keyboards for Christmas and learned to play by ear,” Bean says. “Trumpet was the first instrument I had lessons on, though.”

“My grandmother had an ear for music, and when I was young, at Christmas, we’d all gather around the piano and sing carols, while my grandmother played,” he says. “I became so fascinated that whenever we’d visit my grandmother, I’d come in the door, give her a little kiss, and then bolt over to the piano.”

Bean and his family were quite involved in their church and its music program, and by the seventh grade, young Kenny — still playing by ear — was the pianist and organist for the church.

A middle school music teacher recognized Bean’s strong interest in and natural talent for music, assigning him to play trumpet, even though the youngster wanted to try saxophone.

“I loved the way the sax looked with all its buttons and keys, but before I could even say the word ‘saxophone,’ my teacher said, ‘you’ll play the trumpet,’” Bean says. “I really jumped into it, and from there, performing with the band, I was lit on fire. It was that middle school music teacher who convinced me to audition for the Baltimore School for the Arts.”

Once Bean began his studies at the prestigious high school, the bar was raised to sharpen his performance skills, understand theory and composition, and even try his hand at leading ensembles.

“I got very serious in high school, just being surrounded by super talented students my age, playing this amazing repertoire — I was in love with performing,” he says. “At school, all music majors were also required to be in the choir, which was a really special experience for me, singing these great masses and requiems (by master composers). Not every high school musician gets to have this experience.”

Caught up in the excitement, Bean decided to make music his life’s work. His private teacher, Carolyn Foulkes, supported him in the decision, and encouraged Bean to look at Oberlin College’s Conservatory of Music, renowned for its music program, especially music education.

“I was so swept up, surrounded by all that talent, and it kept me driven,” he says. “But I credit Carolyn Foulkes for suggesting Oberlin — she was a graduate herself.”

Bean earned a bachelor of music degree from Oberlin in 2004, then moved to Philadelphia to perform and teach at numerous festivals and schools, including within the city’s school district, as well as at the Settlement Music School, and Play On Philly.

He decided to pursue a master’s degree in music education at Jackson State in Mississippi, graduating in 2008, then returning to Philadelphia.

“I fell in love with Philly and I’ve really rooted myself here,” Bean says. “I left for about three months to live in New York City, but I said to myself, ‘no, I have to go back to Philly.’”

Soon after Bean first moved to Philadelphia, he was hired as a trumpeter on the substitute list for Symphony in C, which is where he first met Rossen Milanov. He currently serves as assistant conductor of Symphony in C, as well as conductor of the group’s Youth Orchestra in Collingswood.

Bean is also director/conductor of the Young Musicians Debut Orchestra, the newest full orchestra within the Philadelphia Youth Orchestra Music Institute. In the summer, Bean is co-director of Symphony in C’s summer camp, and is conductor at Kinhaven Music School Junior Session in Weston, Vermont.

Bean has appeared as guest conductor for the Marywood String Festival (Scranton, Pennsylvania), the Berks County (PA) Orchestra Festival, and the Oberlin Conservatory of Music. His past music director/conductor appointments include the Junior String Philharmonic of the Lehigh Valley (PA), the Young People’s Philharmonic of the Lehigh Valley, and Luzerne Music Center.

He lives in West Philadelphia with his wife, Molly Bidlack Bean, development director with the Philadelphia-based Primavera Fund and a talented cellist. They have three cats, Ashley, Sasha, and Wolfie — the latter is named after Mozart, even though she is a female.

When asked which aspect of the music world is his favorite — performing, conducting, or teaching — Bean says, “I love it all, although I very much love playing the trumpet, and I can’t imagine life without it.”

His natural ability to teach and share the joy of music with young people is Bean’s way of giving back, remembering how teachers throughout his childhood sparked his own inspiration to make music his life’s work.

Phillip Pugh, artistic director for the YOCJ, says the group’s staff and students immediately felt a connection with Bean, right from their first meeting. “He brings a wealth of knowledge and youth orchestra experience, but most of all he brings a warmth and love for students.”

“I’ve always had a passion for both performing and teaching, and I want to share that with my students,” Bean says. “My teachers really instilled that love.”