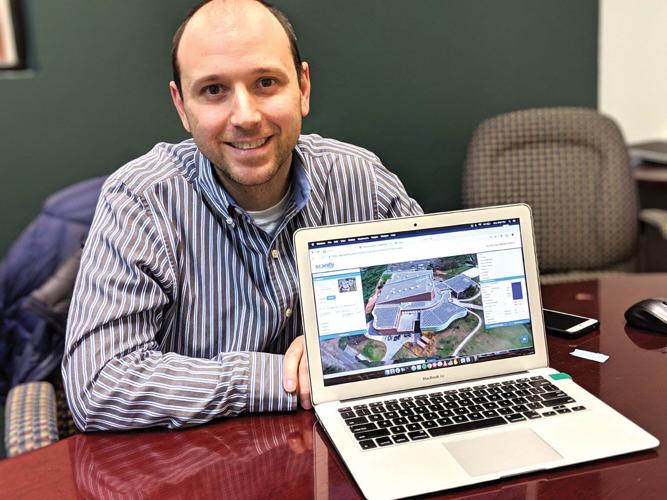 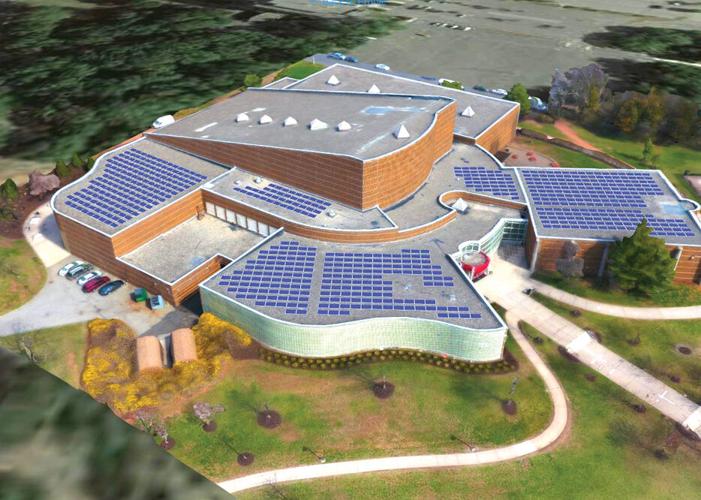 Measuring the geometry of the Sunny Werblin Recreation Center at Rutgers by hand would be a nightmarish task but a necessary one for determining how much shade the rooftop gets, an important consideration when designing solar arrays. Scanifly makes software that automates the process using drone photography. 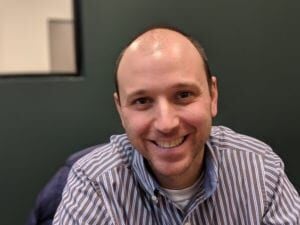 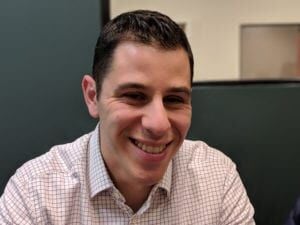 Sometimes statistics reveal counter-intuitive truths about the world. One of them is that in the U.S., nuclear power is safer than solar power. The World Health Organization studied how many people died from accidents and air pollution to produce one TeraWatt hour of energy from different sources. (A TeraWatt is about one-third of the total energy needs of the U.S.) Dirty, smog-producing coal, with its dangerous mines, was the deadliest source, killing 100 people per TwH. Surprisingly, nuclear power was the safest, killing .04 people worldwide (including the Fukushima and Chernobyl disasters) per TwH, and U.S. nuclear power killing zero people. And three places above that, solar rooftop power was 10 times as deadly as global nuclear power.

It may seem strange that rooftop solar panels are deadlier than nuclear, wind, and hydroelectric power. But any job that involves climbing on roofs, sometimes near live power lines, or walking near skylights, is inherently hazardous.

The risks, however, can be minimized. Scanifly, a Hightstown-based company, is looking to reduce the number of times that workers have to go up to the rooftop to install solar panels for any given building. The key is a piece of software that the company designed.

“No one wants to be on a roof if they don’t have to be,” says John Novak, founder and CEO of Scanifly.

Novak is a former employee of NRG Home Solar. NRG, an energy company headquartered on Route 1 in West Windsor, had invested heavily in renewable energy under CEO David Crane. (U.S. 1, December 9, 2015.) But Crane left the company in 2015 and the new leadership shifted away from green energy, gutting the Home Solar division and laying off 500 employees. Novak was one of the ones who got “restructured.”

“It was a blessing in disguise to pursue a dream and to help people accelerate solar energy production around the world,” Novak said. “I wanted to start a company solving challenging problems in solar power. I envision a world powered by renewable energy.”

Novak’s time at NRG had given him ideas for a business of his own because he observed inefficiencies in the way home solar installation worked. His job there was an assistant designer, where he created the layout of solar panels on rooftops.

The first step of this task is determining just how much sunlight a roof will get. This requires the precise measurement of the rooftop. In some cases, this is fairly straightforward, such as the simple rectangular roofs of older homes. Then you have to factor in shade from nearby trees and structures. Then account for rooftop vents and chimneys, which cast their own shadows and obstruct the placement of solar panels.

In some cases, however, the task can be hideously complicated. Consider the complex geometry of the Rutgers athletics complex at left. There are curved areas on multiple different levels, with roofs at different angles.

In any case, a simple aerial photo of the rooftop will not do: you have to send someone climbing on the roof with a measuring tape to truly understand the geometry — and on a McMansion with a complex roofline, or other unusual structures, that might be a very challenging task.

Measuring the height of obstructions such as nearby trees is often a matter of guesswork. Older modeling programs have designers place lollipop-shaped trees approximately where they believe the real trees are located.

There are some applications that automatically generate roof maps based on aerial photography, but these models are only as good as the photos they are made from, and many areas of the country have poor or outdated overhead photos. “It’s not a virtual replica of the real world,” Novak says.

All told, Novak said, he used five or six different programs to generate estimates for how much sunlight a rooftop got, and to figure out where to put solar panels. And in many cases, those estimates turned out to be inaccurate.

“If you don’t have ultimate accuracy, you’re going to tell your customer you’re going to generate x amount of power on the rooftop, but they might have 10 to 20 percent less,” Novak says.

That’s bad business for solar installation companies, many of whom make their money based on how much energy solar panels generate for their customers.

Novak’s new company has developed software that allows users to get much more accurate maps of roofs without anyone having to break out a ladder. Customers, using off-the-shelf consumer drones and cameras, can use Scanifly’s cloud-based software to survey a rooftop and see how much light it gets and how many solar panels can be placed there. The drone must be programmed to circle the building while taking photos to create a 3D image of the site. The photos are then uploaded to Scanifly, which automatically creates a model.

For those who don’t have their own drone, Scanifly will help them find someone to do the photography. Either way, the end result is an accurate image of the site that could never have been made with tape measures or aerial or satellite photos.

“We create a true scale virtual replica of the property,” Novak says. Using Scanifly for a home costs $20, while commercial projects cost $250, and huge “utility-scale” maps cost $500. Even that price is cheap compared to sending someone up to a roof, Novak says.

“What would normally take days worth of tape measuring can now be done with 20 minutes of drone flying,” Novak says.

The software models sunlight at the site at different times of year and how obstacles interfere with it. The software can then automatically design solar panel placement, rather than have someone do it from scratch in a different program. The shadow analysis also reveals the best place to put the panels for getting the most sunlight at different times of year. The 3D model also lets customers see exactly what the project will look like when complete.

It also eliminates the danger to workers of going up on roofs. Novak and co-founder Jason Steinberg were recently up on a third-story roof to test out how well their software was measuring areas. “We were like, why were we doing this,” Novak says. “I’m scared of heights.”

The software also allows users to import 3D models of proposed buildings and expansions and calculate their sunlight exposure.

The business model works because drones have become ubiquitous in business. Many solar panel companies have them already and are familiar with their operation. They are no longer a novelty, but just another tool. This enables Scanifly to be not a drone operator itself, but a business-to-business operation that maximizes what can be done with easily obtainable drone imagery.

The company has already been asked to perform some unique assignments outside of its original business model. Novak says there was a town in California that planned to build solar panels over a school parking lot. But wealthy landowners nearby were worried that the project would ruin the views from their hilltop mansions. Scanifly was brought in to model exactly how the solar array would look from each window of the homes. The modeling revealed that a row of trees planted near the bottom of the hill would spare the homeowners the sight of the solar panels.

Scanifly has been doing business for a year and a half. The company now consists of Novak, co-founder and CTO Denis Kobozev, who designed the software, and co-founder and COO Jason Steinberg, a former banker who joined the company after running into Novak at a solar rooftop installation conference. “He believed in his vision, and I believed in him,” Steinberg says. “He’s a visionary in the industry.”

Novak, New Jersey native, graduated from Rutgers with a degree in landscape architecture and geographic information systems in 2009. He is also an FAA certified drone pilot, according to his Linkedin profile. After graduation, he worked for GeoPeak Energy and then NRG. Beyond that, he didn’t want to talk about his personal biography.

He was more interested in discussing the company’s future: a new version of the software is coming out that will add a whole slew of features and expand its uses beyond just solar panels. The company is also looking for new office space.

Scanifly has been doing business all over the country and now has international clients as well. “We’re about to kick off our first ever growth campaign,” Steinberg said. “All the work we’ve done so far has been based on inbound sales.”