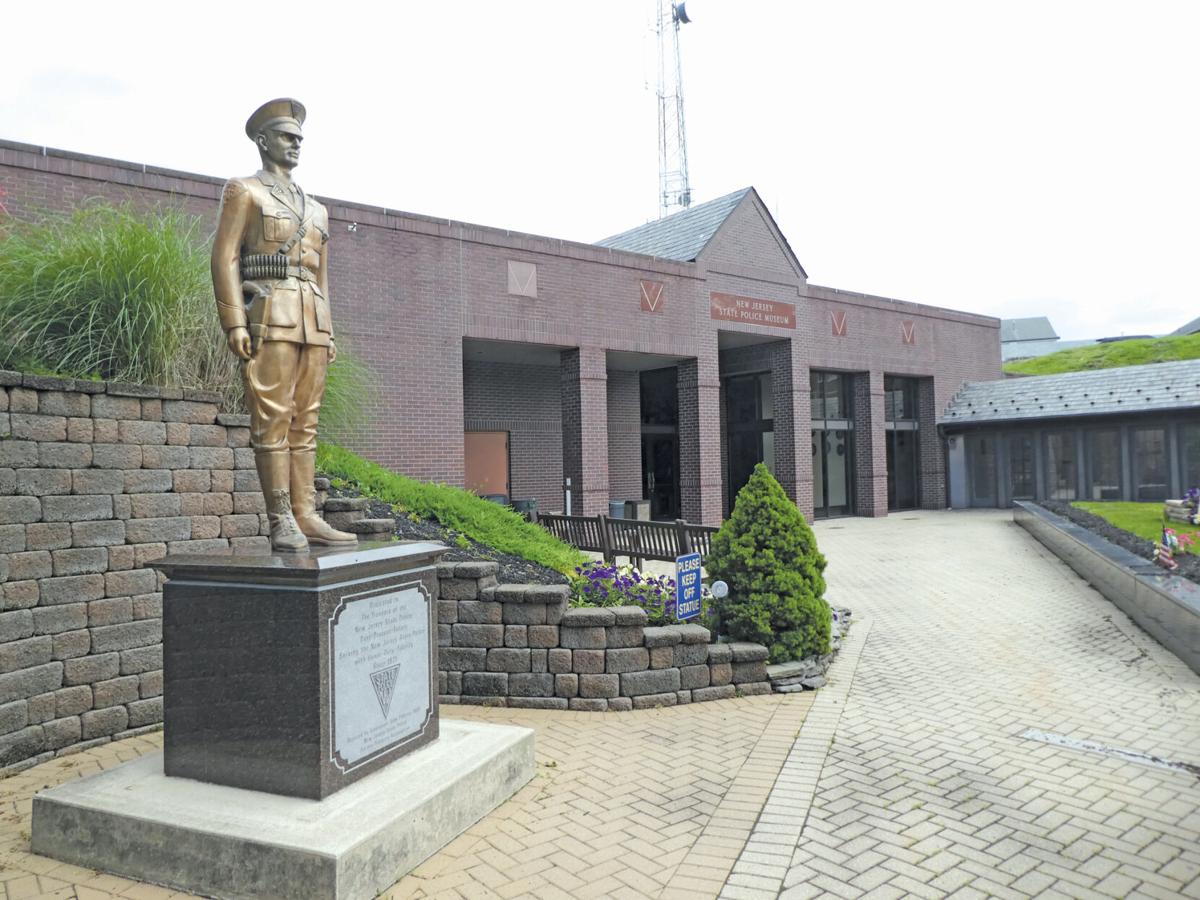 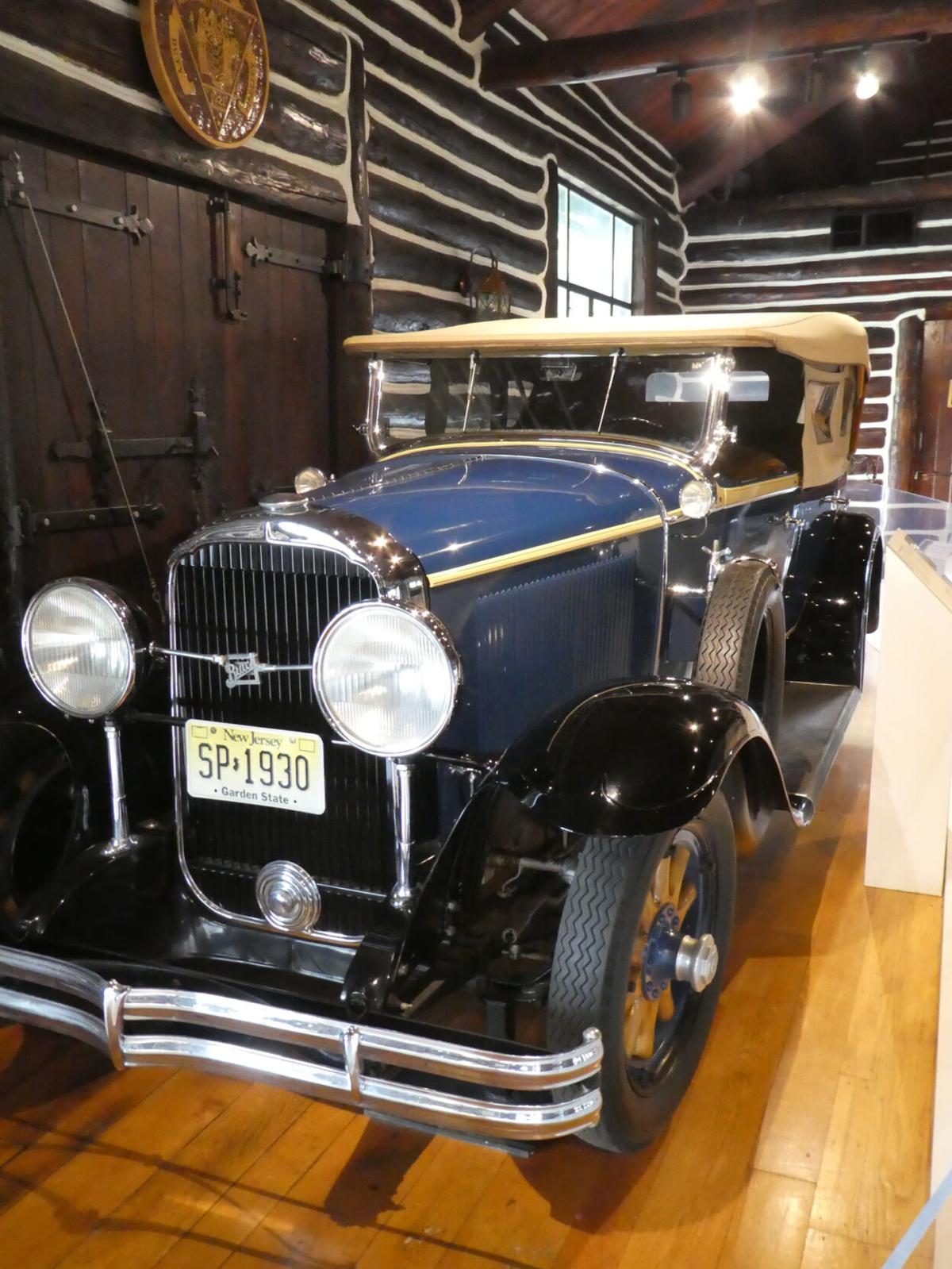 Historic police cars are on view at the museum.

One exhibit allows visitors to play detective and search for clues in a mock-crime scene. 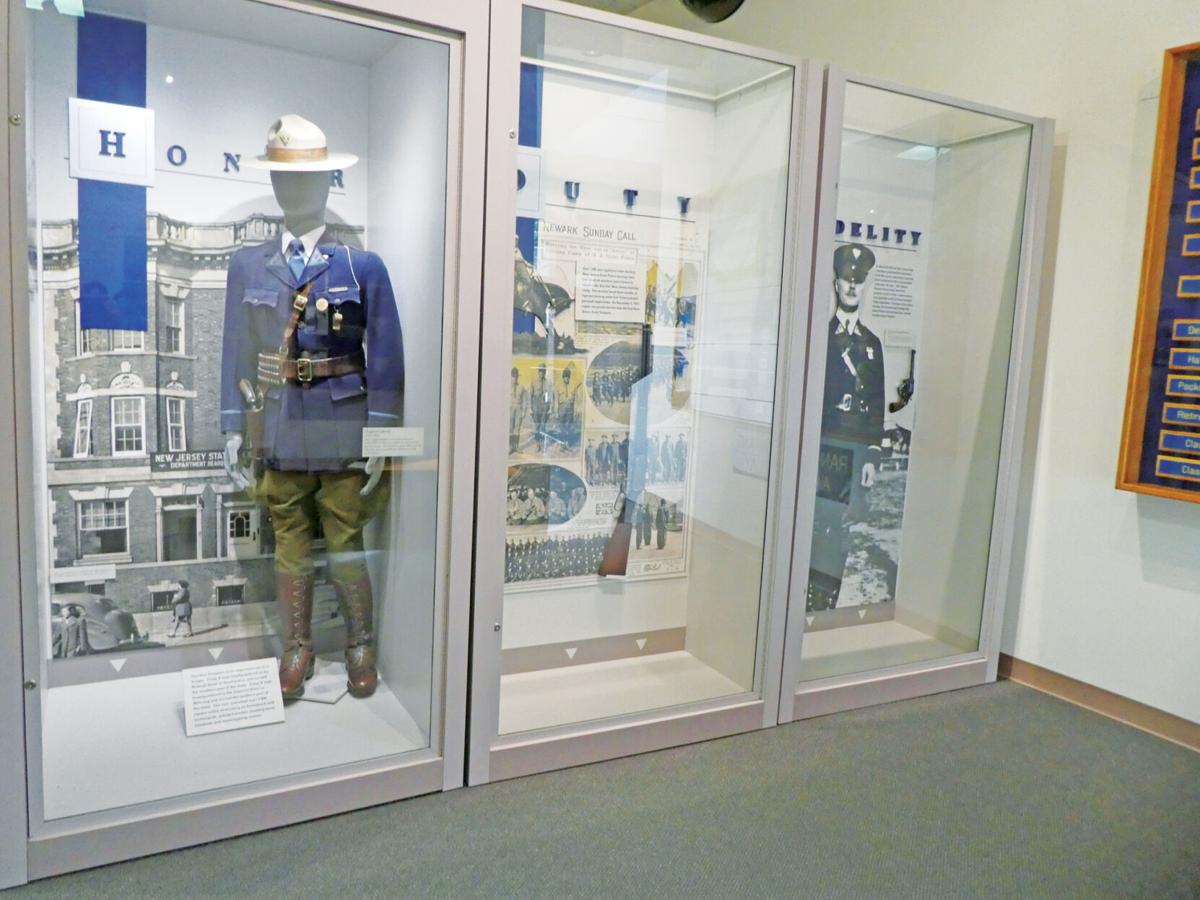 A display case shows the evolution of state police uniforms.

A log house, a crime scene, and a bundle of evidence are all part of one of state’s most New Jersey-centric museums: The New Jersey State Police Museum and Learning Center.

Located at New Jersey State Police Headquarters in West Trenton and now in the process of reopening Mondays through Fridays, the museum occupies two attached buildings, an 8,000-square-foot exhibition space built in 1992 and the 4,000-square-foot log cabin that served as the original NJSP headquarters.

A car stop at the police guard station and brief drive into the state police compound are just a warm up for a few hours viewing New Jersey’s not-so-secret life of crime.

After parking near the cabin and taking the path around it to a courtyard with a statue dedicated to NJSP troopers, head into the McGillin Architecture Incorporated-designed center and make your first stop.

It’s the one with the letters HDF on the panels. They stand for Honor, Dignity, and Fidelity — the NJSP’s motto.

Now let the images, artifacts, and texts tell the stories.

First up: March 29, 1921, and the New Jersey Legislature is busy establishing the Department of the New Jersey State Police. The reason is to provide police protection for the rural population of the state.

Soon recruitment heats up and over 1,600 men apply for the first training class. Of the 119 selected, 81 became troopers and assigned to two troops.

Troop A is stationed at the Raleigh Hotel in Hammonton and Troop B at the Imperial Hotel in Netcong. Another troop will be added later in central New Jersey.

As shown in the case, the uniform of the day includes a Stetson hat, brown boots, olive breeches, gray shirt with blue tie, holster, and, as Schwarzkopf designed, a military-style belt that runs diagonally across the chest

The troopers then hit the road with 61 horses, 20 motorcycles, and one car and begin to make a name for themselves by protecting farms and combating automobile thieves. One project shows a poultry tattooing program.

Demand starts to grow, a growing number of men enlist for training, and more troops are added.

Then the Crime of the Century puts the New Jersey State Police on the map. It also takes center stage at the museum.

The crime, of course, is the Lindbergh kidnapping. And the photos, text, as well as the actual ransom notes, ladder, floor board, child’s death certificate, and related paper work tell the story.

It’s March 1, 1932, and the 20-month-old son of famed aviator Charles Lindbergh and his wife, writer Anne Morrow, is kidnapped from the family’s home in Hopewell.

Scan the display and gaze at the images of the curly haired Baby Charlie, photos of a ladder found next to the house, wanted posters, and newspaper headlines.

There are also images of the kidnapper, Bruno Richard Hauptman, ransom letters and money, and certificates related to Hauptman’s electric chair execution in Trenton — with the actual chair on view.

The crime and era remain alive with a monitor playing the Movietone Newsreel describing the NJSP coordinating a nationwide search that leads to the arrest of Hauptman in September, 1934, and the 32-day trial that involved more than 150 witnesses.

All of the above materials are part of the NJSP’s Lindbergh archive of more than a quarter of a million documents, photographs, and videos assembled by archivist Mark Falzini, co-author of the Arcadia Publishing Company’s 2012 book “New Jersey’s Lindbergh Kidnapping and Trial.”

Yet time, problems, and crime and time do not stand still — as the other museum displays demonstrate.

Photo images show troopers securing the grounds of the 1937 Hindenburg Disaster in Lakehurst, providing security for the King and Queen of England’s 1939 Red Bank visit, and helping a circus worker capture his runaway elephant in North Jersey.

Then there is a “Confiscated Weapons” display where the text says prior to 1968 any individual — regardless of age — could purchase a firearm through the mail without obtaining a permit. That includes the 20 mm anti-tank gun on display. It also says, “Each year between 7,000 and 10,000 confiscated weapons are destroyed by the NJ State Police Ballistic Unit.”

Other museum stations tell of various changes. Horses were eliminated in the 1930s. Cars replaced motorcycles in the 1950s. Radios enabled better coordination and public service. Uniforms were updated in 1958. And photos show the NJSP providing security for President Lyndon Johnson during the 1964 Democratic Convention in Atlantic City and working with local police departments and the National Guard during the 1967 Newark and Camden Riots.

But the exhibition most likely to engage amateur sleuths is the interactive crime scene: a kitchen with counters, table, broken back door, overturned chairs, and a body outline. The museum text invites visitors to “place yourself in the shoes of a New Jersey State Police Crime Scene Detective,” start observing and collecting details to help solve the crime, and then test yourself by hitting a button that activates a video and illuminates clues in the room.

Once finished here, visitors are invited to pass through a hallway, where photographs honor officers killed in the line of duty, and enter the original log cabin police building. There even the casual visitor can be taken with the display of vintage vehicles: the 1921 Harley Davidson Motorcycle issued to members of the first graduating class, a 1930 Buick touring car, a 1948 Harley Davidson, and a 1991 patrol car with spotlight, radio, and a shotgun held in position on the floor by a magnet.