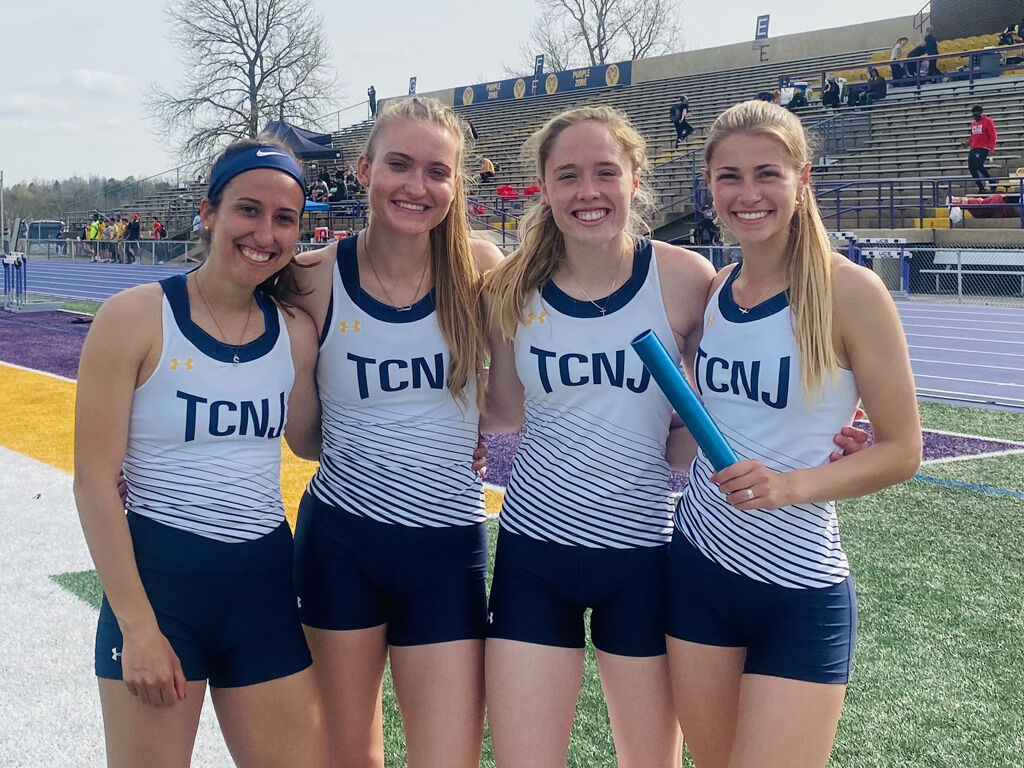 The TCNJ women’s track and field 4×400 relay squad of Samantha Gorman, Amanda Demko, Alli Uhl and Megan Gasnick ran the time of 3:52.24 that week, best in the nation. 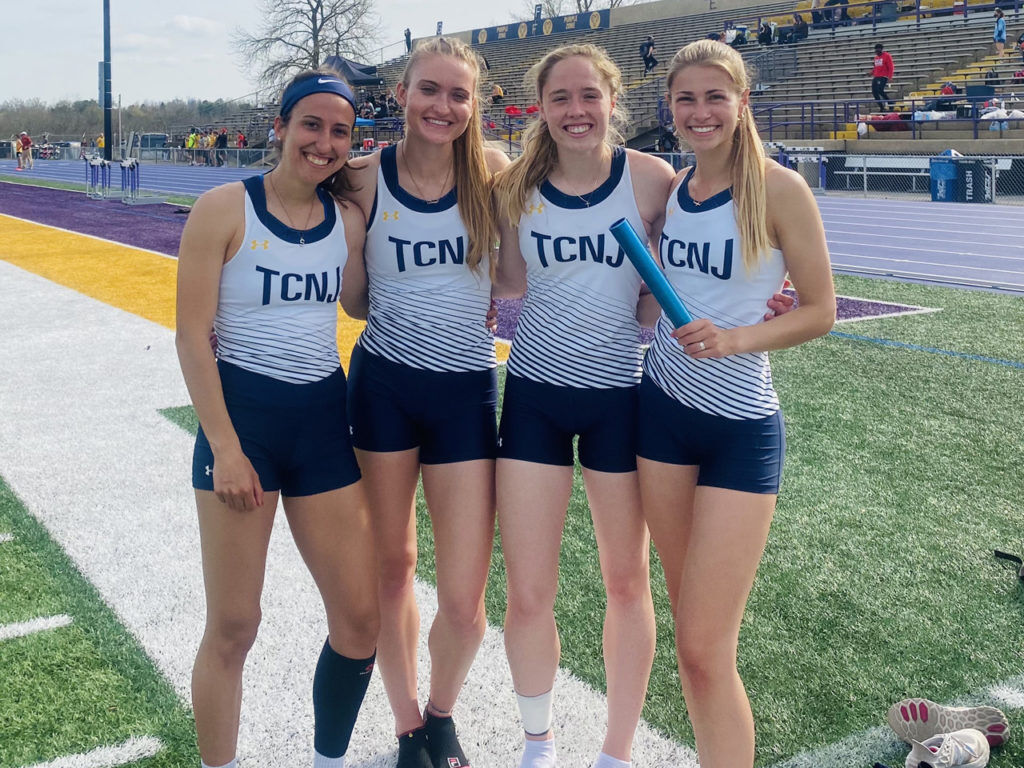 The TCNJ women’s track and field 4×400 relay team of Samantha Gorman, Amanda Demko, Alli Uhl and Megan Gasnick ran a time of 3:52.24 on April 18, best in the nation that week.

The women of the track and field team at The College of New Jersey hit the track late in the evening on Sunday, April 18, after a long weekend of competition.

After several days of consecutive racing, on sore and tired legs, they came ready for a battle. The goal was simple: compete, get after it, and run faster than they did in the weeks before.

The women’s 4×400 meter relay team of Megan Gasnick, Samantha Gorman, Amanda Demko, and Alli Uhl had traveled to Monmouth University in hopes of racing a fast relay time to solidify their spot in the national rankings as the end of the season slowly closes in.

They surpassed their expectations, as not only did they lower their time from the weeks before, but the time of 3:52.24 ran that they evening ranked first in the nation that week. That ranking not only reflected the hard work and dedication the ladies had put in this season to be in the top shape they could be, but it was also a reflection of redemption.

During the 2019 outdoor season, the women’s relay ran their best time of 3:51.19 and narrowly missed qualifying for the NCAA Division III Outdoor National Championships by one spot out. In the indoor season of 2020, the women were in a close race to possibly bring home an NCAA title before the pandemic cancelled the championships.

Junior sprinter and lead-off leg Megan Gasnick reflected on how sudden things got taken away in the indoor season, but that does not change their mindset going forward.

“Last year our relay worked very hard to make it to nationals, and as devastating as it was to not compete, it taught me a lot about having to enjoy the moment,” she said. “We have our goals for this season, but at the same time we’re just trying to have fun. No meet is guaranteed, so we have to do the best we can any chance we get.”

If athletes have learned anything from the pandemic, it has been that nothing is guaranteed but that cannot change how you approach practice and competition. This is especially true when you are running on a relay, and have to run not only for yourself but for your teammates as well.

Freshman sprinter Amanda Demko says her first year on the team and on the relay has given her a whole different perspective on the greatness of running with others.

“As a group, we can all agree that we get very stressed out for our individual races, but when it comes to the 4×400, it is a whole different atmosphere,” she said. “It always feels like there is less pressure and it is more fun because you know your team is running with you.”

When asked about the Monmouth relay, all the teammates could agree that they used the experience to have fun regardless of time or place, and the latter two came easier when they put all their worries behind them and tried their best.

“At Monmouth, we were all pretty exhausted from our meet the day before, but that did not change our goal in mind,” Demko stated. “We always say to each other before every race ‘have fun’, and there is no better feeling than finishing the race, and having a great time.”

The time of 3:52.24 currently ranks eighth in the nation, closely sitting behind Nebraska Wesleyan University and George Fox University, which makes it a close fight to be ranked in the top 5 spots.

The squad of ladies has only a few more weeks to lower their times and solidify their spot in the NCAA Division III Outdoor National Championships, which are set to take place May 27 through 29 at North Carolina A&T in Greensboro, North Carolina.