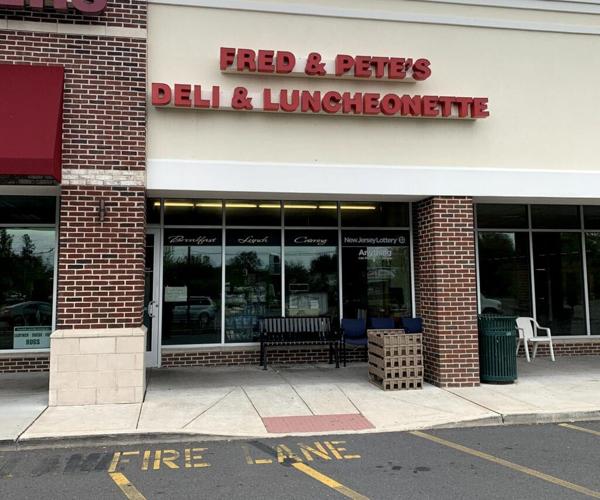 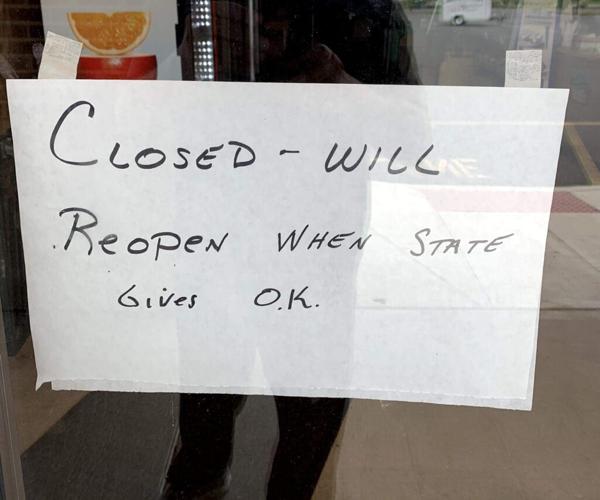 A sign taped to the door at Fred and Pete’s Deli in Mercerville assures customers the eatery will reopen once the state allows dine-in service at restaurants. (Staff photo.) 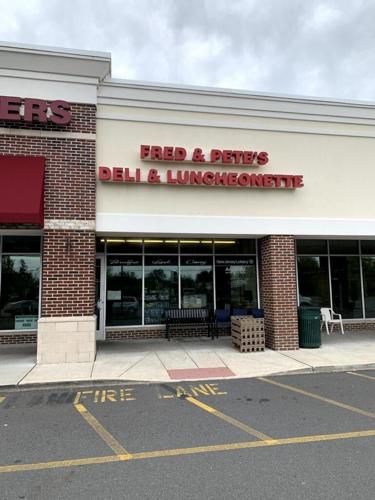 Fred and Pete’s has been in the Mercerville Shopping Center since 1963, and always has plenty of seating out front for its regulars.

A Hamilton landmark faces the end of an era.

Fred and Pete’s Deli and Luncheonette, which has been operated by the Armenti family since it opened in 1963, has been placed for sale. Listed at $295,000, the business in Mercerville Shopping Center on Route 33 has been on the market since March.

Fred and Pete’s has been an institution in Hamilton for its loyal clientele and its lottery tickets as much as its food. It has long been popular with the township’s power brokers—former Mayor Jack Rafferty, former township councilman Jack Lacy and many other movers and shakers have been regulars for years.

For generations, perhaps the most famous aspect of the deli has been the group of men who sit outside it, by the front door, seemingly always there, always deep in conversation. Inside, the mood is much the same, with patrons at the counter and tables trading stories with the staff.

Owner Tom Armenti—son of the Fred half of Fred and Pete’s—has been considering retirement for several years. He made the move to list his business in March. The timing happened to coincide with Gov. Phil Murphy’s decision March 16 to close dine-in restaurants due to the COVID-19 pandemic, which has led some customers to question whether the deli would reopen once restrictions are lifted.

Armenti declined to comment for this story, issuing a statement through a family member that “he wishes not to be reached at this time.” The listing agent for the restaurant, Bart DiNola, deferred comment to Armenti.

However, a note taped on the door at Fred and Pete’s gives hope to loyalists. “Closed—will reopen when state gives OK,” it reads.

Fred and Pete’s has become a social circle and a way of life for many who dine there, as is apt to happen to an eatery that has been open seven days a week for 57 years. In fact, a photo posted to Facebook in late April showed a group of Fred and Pete’s regulars sitting in their chairs outside, even though the restaurant wasn’t open and they had to sit farther apart from one another than normal.

One regular, Hamilton resident Paul Jellinek, has written two books—totaling more than 600 pages— about Fred and Pete’s and its customers. Jellinek intended to write another book about the eatery, but decided against it at the urging of Armenti.

Jellinek did author a third book, released in October 2019 and entitled “Such Great Guys: Tales From America’s Favorite Hometown,” that isn’t about Fred and Pete’s. However, Jellinek admits it mostly includes stories from people who go to Fred and Pete’s “if only to buy a lottery ticket.”

Those lottery tickets allowed Fred and Pete’s to gain fame regionally, as it seemed to churn out one winner after another. In September 1991, the deli sold the winning ticket for a then-record $29 million jackpot. It was the fourth jackpot winner sold at Fred and Pete’s in a nine-year span, a feat that got the deli and Armenti written up in The New York Times.

Do you have a story about Fred and Pete’s? Share it with us in the comments below.