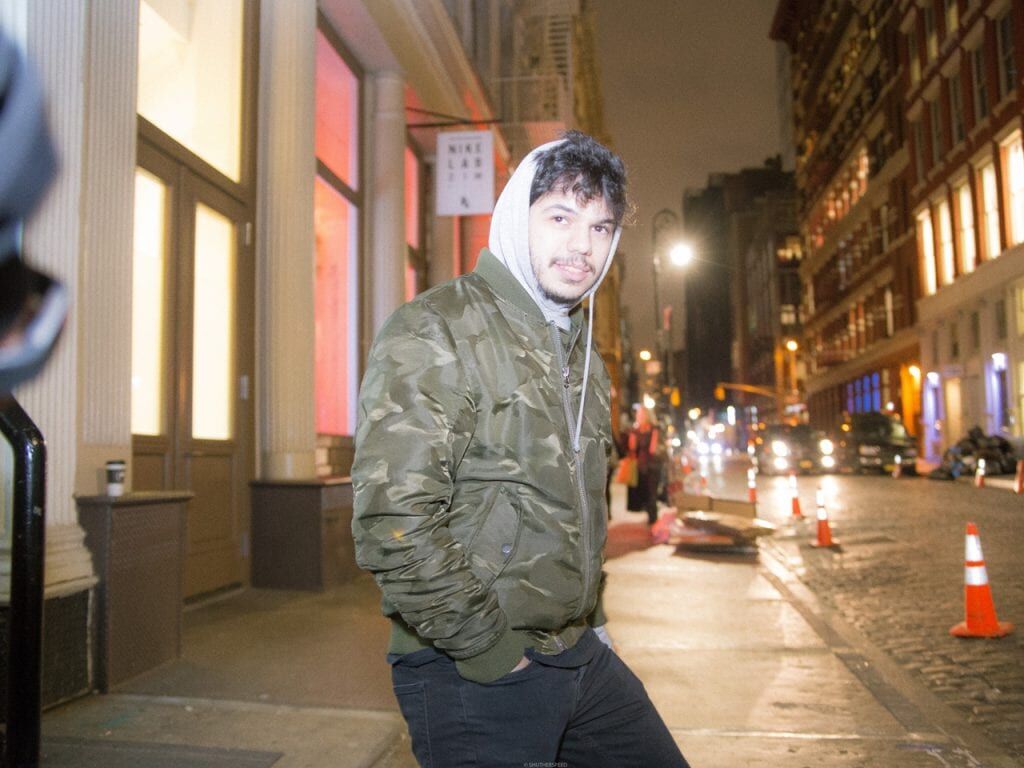 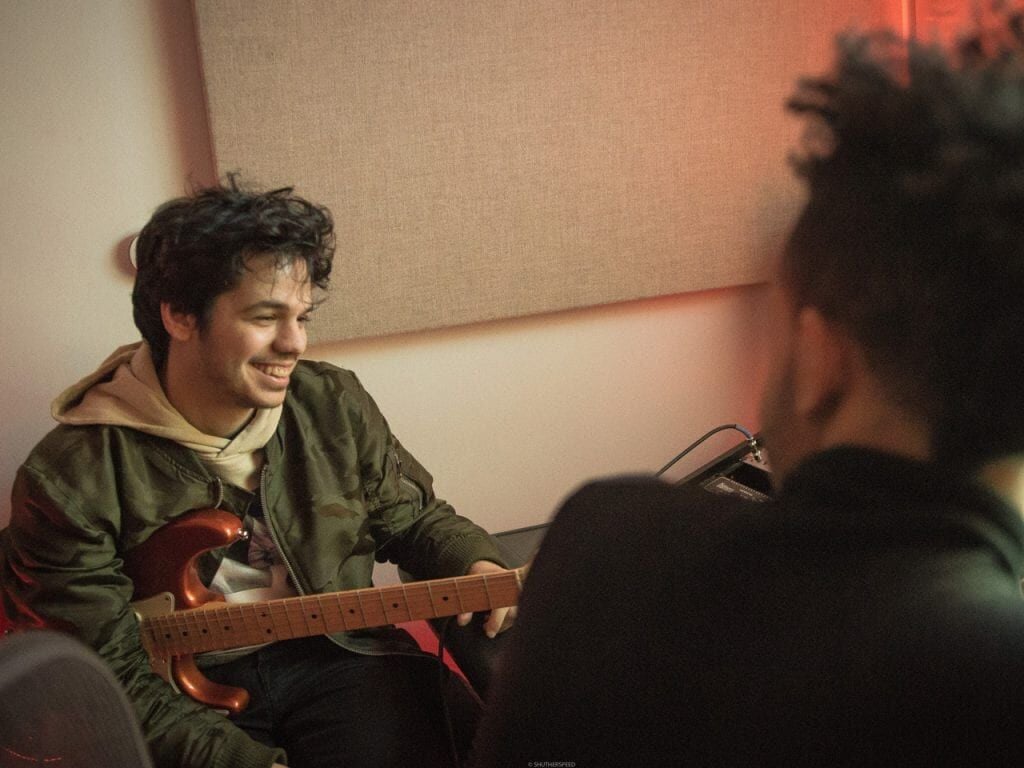 Russ Chell is having a year.

With his guitar skills and musical savvy, the 27-year-old Hamilton native has become a mainstay in the hip hop production scene, and now he has the formal recognition to prove it—Chell co-produced a track on rapper Lil Nas X’s debut EP 7, which was recently nominated for six Grammy Awards, including Album of the Year. He also worked on YBN Cordae’s The Lost Boy, another Grammy nominee for Best Rap Album. The Grammy Awards will be held Jan. 26 in Los Angeles.

Chell currently splits his time between New York and Los Angeles, but his path to the studio started in Hamilton. He first took guitar lessons at the Music Box and then at the Princeton School of Rock, where he also taught. He also plays bass and keys. Chell cites cites Kurt Cobain, Eddie Van Halen and Steve Vai as his musical influences.

“My first music experience was discovering the music of Nirvana through friends,” he said in an e-mail. “I was really in awe of Kurt Cobain’s guitar sound. I knew I wanted to start playing guitar from that point.”

Chell graduated from Nottingham High School in 2010 and went on to attend Mercer County Community College. He moved to New York when he was 19 and joined The Skins, a Brooklyn-based, genre-defying band. His best friend, Daisy Spencer, was a member of the group and encouraged him to audition when she mentioned they were looking for a guitarist.

The Skins created some buzz performing at the South By Southwest festival, playing shows around New York City and touring with Albert Hammond, Jr., Jake Bugg and DNCE. The band also worked with mega-producer Rick Rubin and collaborated with singer and rapper D.R.A.M. on their 2016 track “Bury Me.” Rubin eventually signed the band to his American Recordings label.

During that time, Chell and the Skins worked with David Biral and Denzel Baptiste, a New York-based production duo also known as Take a Daytrip. That ended up being an important partnership—he still works with the pair today, most recently on 7 and The Lost Boy.

“My time in the band was a great learning experience and certainly my intro into the music industry and working with major labels,” Chell said.

It was his work in the band that led him to in-studio, behind-the-scenes work. The Skins needed someone to work on production, and Chell stepped up even though he didn’t have a ton of experience on that side of things. He started with learning Logic Pro, Apple’s recording software.

“It was basically out of utility,” he said. “I thought it made sense for me to learn the ropes. I’ve always really looked up to producers and knew it would be an interesting skill to learn, given I’m pretty tech obsessed.”

Chell made the right call. He now prefers working in the studio as opposed to performing live because, as he said, it allows him to flex his creative muscles in ways that playing shows doesn’t necessarily allow.

That’s not to say he doesn’t use his background as a musician when he’s in the studio.

“I definitely consider how music might sound during live performance because most of the artists I work with tour extensively, so the music needs to be right for that,” he said. “For example, things can’t be too complicated or it’s going to add difficulty to performing.”

In addition to Lil Nas X and YBN Cordae, Chell has worked with artists like Wiz Khalifa, Lil West, Kash Doll, G-Eazy and Shea Diamond. He doesn’t have a dream collaboration—“anyone who is willing to push the boundaries would be great,” he said—but his favorite has been with Lil Nas X, whose 2019 song “Old Town Road” exploded as a rap-country crossover hit.

Some of those ideas include Chell’s spaghetti western/surf rock hybrid guitar riff that can be heard on the rapper’s song “Rodeo,” which also features Cardi B.

Chell said as a producer, he generally starts on a song “from the ground up.”

“We start by discussing the general idea or vibe of the song, then we start adding musical parts,” he said. “The guitar riff could come in at any time during that stage and it doesn’t even necessarily have to include guitar. A lot of my music includes guitar, but not all of it, as I also work on general beats.”

It’s an indicator of the current state of hip hop and rock—though the genres have always borrowed from each other, a unique style of collaboration has emerged over the last few years.

“I think the sound is heavily influenced by the grunge rock era of the early 90s as well as early-mid 2000s emo sounds,” Chell said. “Artists like Travis Scott, Post Malone, and Lil Uzi Vert have really paved the way with this trend.”

And Chell is at the forefront.