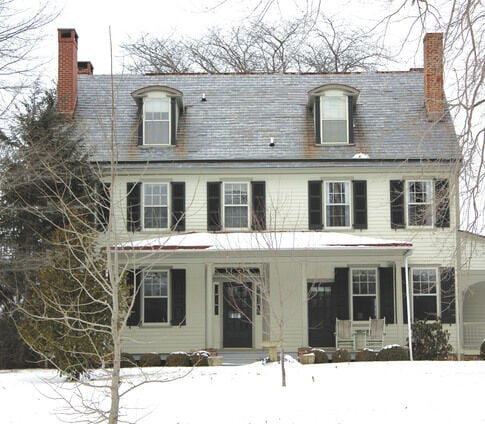 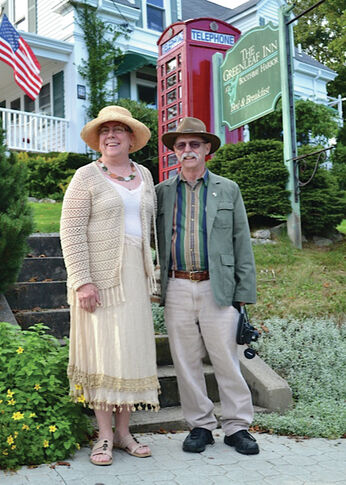 Prior to the Civil War, a sprawling network of individuals, secret routes, and safe houses began to emerge throughout the northern United States.

This network, better known as the Underground Railroad, helped fugitive slaves from the South escape to northern states and Canada, where slavery had already been abolished. Beginning in the early 19th Century and reaching its peak between 1850 and 1860, estimates of fugitives led to safety range from 30,000 to upwards of 100,000.

In the North Crosswicks section of Hamilton Township on the corner of Church Street and Old York Road sits one such safe house. Named the Enoch Middleton House, the home was built in 1836 by Middleton, a retired Quaker merchant and abolitionist from Philadelphia. According to the New Jersey Historical Commission’s A Guide to the Underground Railroad in New Jersey, the house was initially intended as the Middleton family summer home.

Upon his retirement, Middleton chose to move his permanent residence to Mercer County and shortly after began a life as an Underground Railroad stationmaster and conductor. A 1956 issue of the Trenton Sunday Times-Advertiser suggests that Middleton acquired anti-slavery ideas through contacts with leading abolitionists and the Quaker Society of Friends.

Authored by William Switala in 2010, “Underground Railroad in New York and New Jersey” documents that Middleton, with assistance from his youngest son Rudolph, would take groups of three to five slaves from his backyard barn along routes to Allentown, Cranbury or even up as far as New Brunswick in their journey to reach Canada. His home was also a secret meeting spot for leaders in the movement, such as fellow Quaker and abolitionist Lucretia Mott and African American civil rights activist and Underground Railroad conductor William Still.

According to “A Narrative History of Hamilton Township Mercer County, New Jersey” Middleton was a prominent figure and one of the first committeemen in Hamilton Township. As a conductor of the Underground Railroad, he provided care and lodging for as many as 30 runaway slaves awaiting passage north.

The Trenton Sunday Times-Advertiser article also uncovered that aiding fugitives was a family affair, and not without an occasional scare. It quotes Middleton’s nephew Edward H. Ogden as saying, “I remember when a lad, while staying at my uncle Enoch Middleton’s, at Crosswicks, nine miles from Trenton, being aroused one night after midnight by the arrival of a runaway slave very much alarmed. My cousin, William Middleton, and myself drove him to Hightstown, having concealed and covered him with straw in the bottom of the wagon. We delivered him safely that night to the Underground agent to whom my uncle consigned him. I remember being badly scared at the toll gate as we drove through fearing the wagon would be examined.”

Ogden later learned that the fugitive and the group he was with made a safe arrival in Canada.

Despite the documentation that does exist surrounding Middleton and the property, there are many parts of the story that are still unknown. Gordon Kontrath, a resident of Hamilton for more than six decades, spent years of his life pouring over historic records of the land trying to piece it all together.

Kontrath was born in 1945 and moved to Groveville with his parents in 1953. He resided there in his childhood home with his high school sweetheart and wife of 50 years, Lynne, until their move to Maine in 2012.

In the summer of 1963, a few short months after graduating from Hamilton High School West, Kontrath enlisted in the United States Army. He was deployed to both Korea and Vietnam and later became a mechanic in the Army’s Navy. In 1970, once out of the Army, Kontrath worked full time as a mechanic for both The International Harvester Company and Congoleum Industries. He joined the New Jersey National Guard in 1973 and became a full time active duty member in 1983. In July 1994, Kontrath retired from the military for good. It was then that he became interested in historic properties.

With his newfound free time, Kontrath volunteered as a docent at the John Abbott II House in Veterans Park, spending long afternoons researching the home and the land. His curiosity grew and he started to investigate other properties in the area.

“I did almost all of my research in the New Jersey State Archives,” Kontrath said. “That was where the records I was interested in were kept, mostly on microfilm.”

From 2002-2010, Kontrath sat on the Hamilton Historic Preservation Advisory Commission where he advised township planners on historic properties. He also enrolled in a few historic preservation courses at Burlington County Community College. It was Kontrath’s investigation into the Middleton property that answered questions about the land and how it came to be owned by the family.

In the late 1600s, a Quaker man named Thomas Gilberthorp purchased 250 acres of land from the original Proprietors of East Jersey, part of the land now known as North Crosswicks. Gilberthorp died in 1710 with no male heirs, leaving the property to his wife. When his wife passed a year later, the land went to his eldest daughter, who went on to marry Enoch Middleton’s father, Kontrath said.

According to Kontrath, the Middleton House is one of the most verified and documented sites of the Underground Railroad. So, the question begging to be answered is: why has it not been included in the National Park Service’s National Register of Historic Places?

“National Registry nominations require quite a bit of paperwork,” Kontrath said. “It’s an expensive and lengthy process. And there’s the misconception that when a home is added to the register, homeowners can no longer make changes to the interior or exterior of the home.”

Kontrath investigated many other properties in Hamilton Township including the Sadley Farm Mansion, once located where Hamilton Marketplace currently stands, and the Kuser Farm Mansion on Newkirk Avenue. While the Kuser Mansion was never nominated for the National Registry, it was through Kontrath’s research that the house became listed as eligible.

According to the National Park Service website, a property must meet the National Register Criteria for Evaluation for eligibility consideration, which includes examining the property’s age, integrity, and significance.

Historic properties aren’t the only hidden treasure in Hamilton. Of the 85,000 places listed on the National Register of Historic Places, only 2,500 of them are considered to be National Historic Landmarks. New Jersey hosts 58 of these sites, 14 of which are in Mercer County. The Abbott Farm Historic District is a National Historic Landmark archaeological site and the largest known Middle Woodland (ca. 500 B.C.-500 A.D.) village site in the coastal Mid-Atlantic/New England region, according to the National Park Service website.