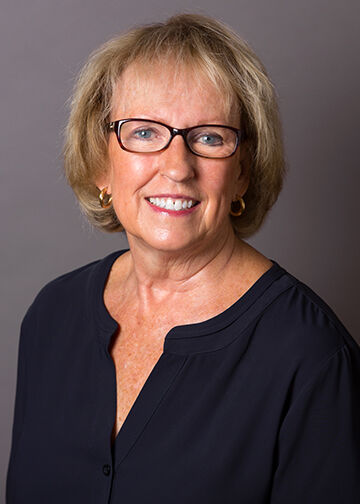 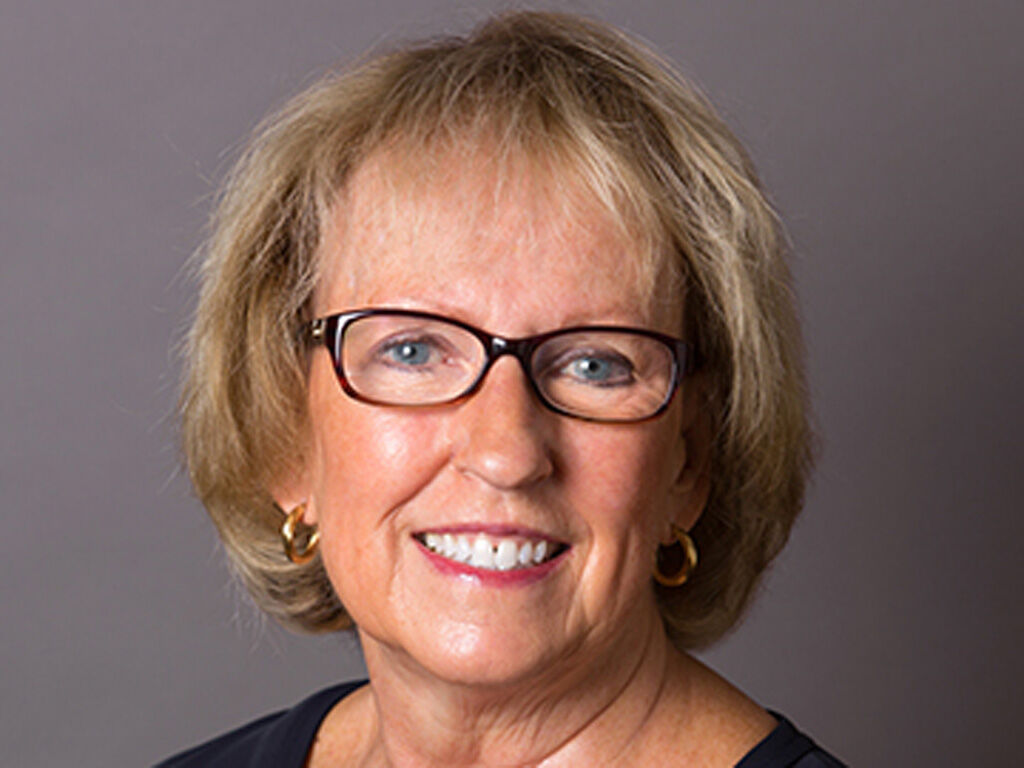 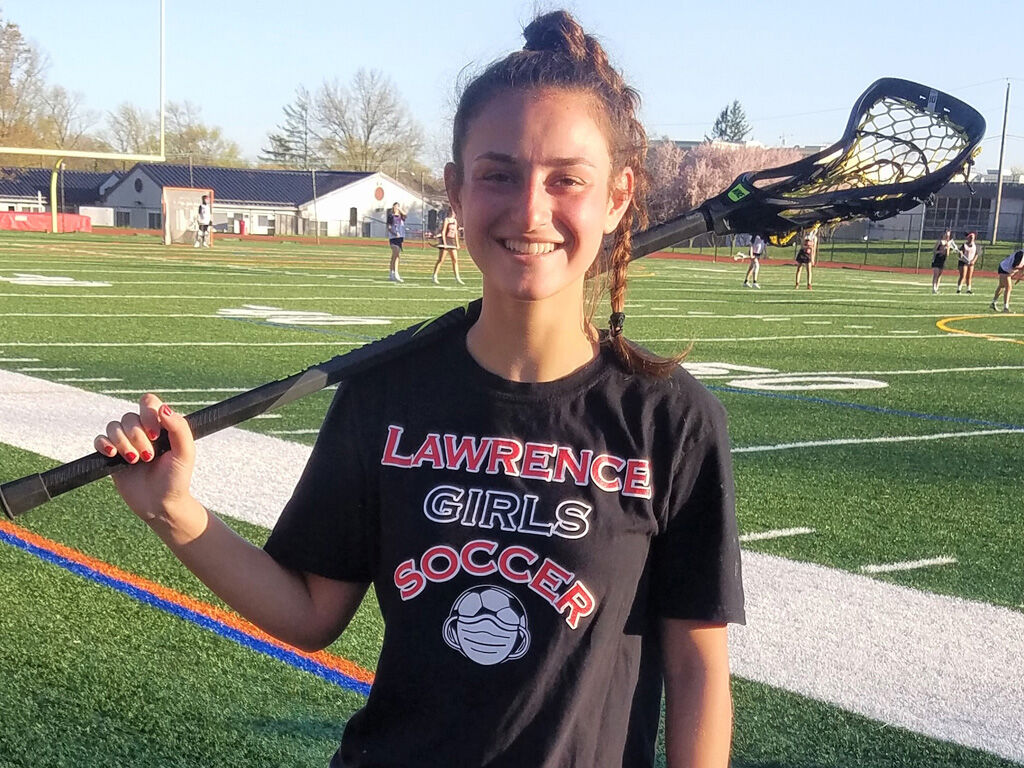 Senior Joelle “Joey” D’Angelo is a top performer on the LHS wrestling, lacrosse and soccer teams. 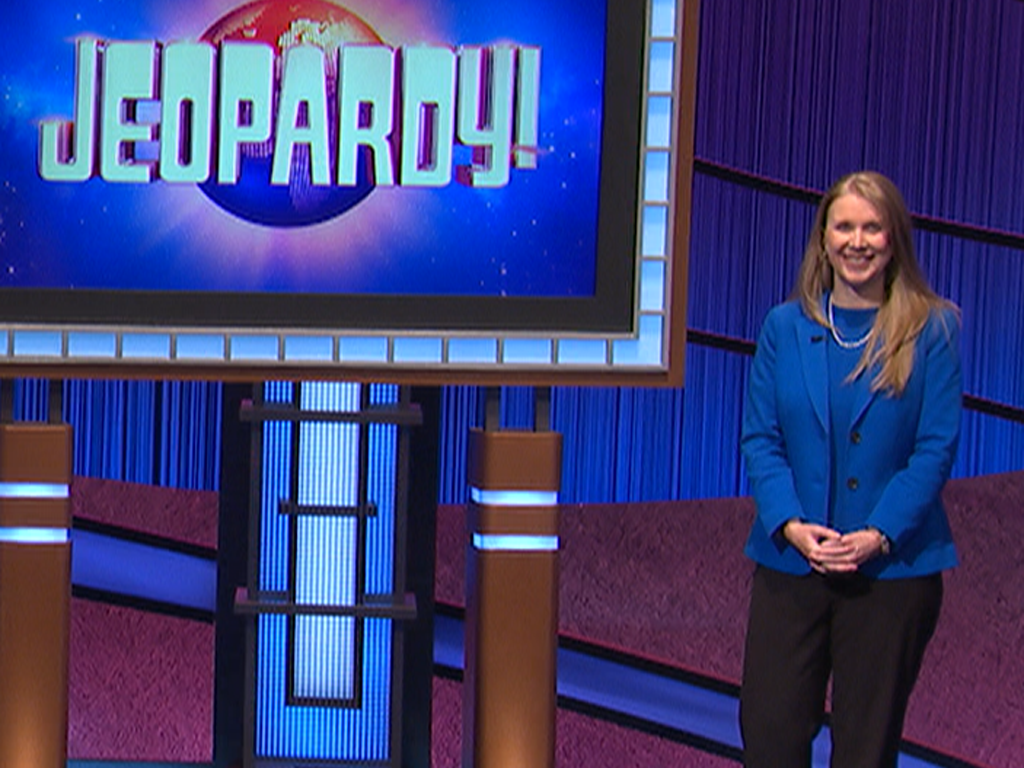 Lawrence Township resident Amy Rey on the set of “Jeopardy!” She competed on the show on April 7.

Senior Joelle “Joey” D’Angelo is a top performer on the LHS wrestling, lacrosse and soccer teams.

She finally got the opportunity, but then the COVID-19 pandemic hit. Then Alex Trebek, the show’s long time host, died.

Despite those setbacks, she remains positive about her appearance and that attitude has helped her make the most out of her appearance.

Rey appeared on the April 7 episode of the show, which was guest hosted by Green Bay Packers quarterback Aaron Rogers­—a longtime fan of the show. She finished in third place.

Because she was appearing on the show during the pandemic, she wasn’t allowed to bring her family and there was no audience.

Above all, the most heartbreaking thing was the death of Trebek, and the fact that she never got a chance to meet him because her appearance was delayed from when it was originally scheduled.

Trebek, who hosted the show for 37 seasons since its revival in 1984, lost his battle with pancreatic cancer last November.

“Originally when I was supposed to be on last year, I would have met Alex,” she said “Obviously I was very disappointed—heartbroken really—that Alex passed away, and I did not get a chance to meet him.”

Her experience on the show was unlike that of other past contestants due to the pandemic. Even the smallest things were affected by COVID.

“You have to do your own makeup, because they can’t touch you,” Rey said. “You have to bring your own food and drink.”

Despite all of this, Rey said it was a “dream” come true from the minute she walked in. Her best friend had appeared on Jeopardy! three years ago and told Rey to enjoy her time there.

“My whole goal was to enjoy all of this in the moment,” she said. “I told myself I was going to enjoy it, and I really, really did. It was an adventure 100%. I didn’t expect to win. I didn’t care about winning. I believe it was one of the best days of my life.”

Rey, 45, who’s been married to her husband, Bert, for 17 years, earned an undergraduate degree in psychology and statistics from James Madison University in Virginia and a master’s in social psychology from Rutgers.

After graduation, she pursued a career in market research, which she said is related psychology and social psychology.

“I do a lot of surveys and do focus groups and in-depth interviews trying to understand reactions to different products and concepts that I test for my clients,” said Rey, who is an executive vice president at Zeldis Research Associates, a market research firm in Pennington.

Growing up, Rey’s family members had always been fans of Jeopardy! and she said it has always been a one of her dreams to appear on the show. So much so that she has been studying and taking the test to qualify for Jeopardy! for around 10 years.

The application process is a long and difficult one. The potential contestants start off with an online test. If they pass the test, they’re then invited to the audition stage, where they compete in a mock game. They then have to wait up to 18 months to hear back from the show’s team to find out if they are chosen to appear.

“You don’t know if you passed it or not,” she said. “You have no idea what your status is. They don’t tell you that.”

It was actually her second time attempting to be on the show. During the first, which took place around five or six years ago, she passed the test and moved onto the audition, but never received a callback.

In April 2019 she auditioned again, this time in Washington D.C. She received the good news in March 2020 that she had qualified for the show, but production shut down due to COVID shortly thereafter. Her appearance was delayed almost a year.

Although she was disappointed, the show’s crew reassured her that she would appear once everything was under control with the pandemic.

While she waited, she began the process of studying to prepare for her appearance.

Contestants can be asked questions on literally any subject from any time period since the beginning of human history. Rey, however, had a few techniques to help her study more efficiently.

“So there’s a lot of Jeopardy! groups online,” she said. “There’s a site called J-boards, which is a discussion group. There’s a subreddit on Jeopardy! So I became part of those and kind of got a sense of what are the best, most asked, finite topics that I could study.”

In addition to regular study techniques, Rey rewatched various episodes of Jeopardy! posted on J-Archive and made note cards on select topics. She would also stand in her living room and pretend she was on the show in order to test her reflexes and knowledge of random topics while her 14-year-old son, Isaac, scored her.

Rey said that despite all her preparation, she could have done more while she waited. “What I should have done was spent all that time studying, because I had way more notice than anyone else has.

“Usually, you have about a month between when they call you and they want you to come. I had like a year, but after the first month, I was like, ‘I don’t want to study. I don’t know when this is gonna happen,’ and so I kind of stopped until I got the call again.”

That call eventually came and her appearance was set to air on April 7.

The show is taped in advance at Sony Studios in Culver City, California, and they film five shows a day, two days a week.

Rey said that although all contestants receive something for appearing on the show—third place receives $1,000, the amount she spent was in order to appear on the show was greater than her winnings.

“I spent more than $1,000 on my trip from New Jersey to California, and you have to go out an extra day because of the COVID testing,”

she said.” So there was another extra hotel day and for the rental car.”

Despite the competitiveness of the show, Rey said the atmosphere was very friendly. It was more challenging to socialize due to COVID protocols, but it was still fun, she said. The contestants got to know each other, talk about what they did to prepare for the show and wished everyone good luck.

They even befriended each other on Facebook and are still in contact, Rey said. “The staff is equally amazing,” she said. Jeopardy! has a dedicated contestant coordinator whose job is to accompany the contestants and guide them through the process.

“There’s an hour and a half orientation where they walk you through everything—all the rules, things to keep in mind and how it’s going to work. Then you do a rehearsal.”

Since Trebek’s death, the show has featured a parade of guest hosts until they choose a permanent replacement.

Although Rey­—a huge football fan—was unable to meet Trebek, she was excited to appear with Rogers, who was the guest host she was hoping for.

“He was unbelievably professional and prepared,” she said “He loves Jeopardy! and has watched the show his whole life and clearly knows the game. He was also incredibly warm, friendly and funny with the contestants.”

The stress of wanting to make a good impression on the football star piled onto the pressure, but once the game started, it went so fast, and she was so focused on the game, that the nerves went away, she said.

Off camera, Rodgers made sure to make the contestants feel comfortable. He would tell them stories about his experiences in NFC Championship games, and he would walk them through what was going through his mind while he played.

Although Rogers was a long-time fan of the show, his performance wasn’t perfect. He might be a superstar on the gridiron, but hosting a game show was a totally new experience for him.

Rey said he would occasionally stumble over his words when reading the clues, which would sometimes throw the contestants off. This required him to re-record the clues in order to be perfect for TV.

Sometimes the re-recording sessions would go on until 9 p.m., Rey said. This is one of many behind the scenes exclusives that people don’t see when watching Jeopardy! at home. What surprised Rey the most though, was that behind every podium there is a platform under each contestant that adjusts to make sure they are all the same height.

“They don’t even warn you. The thing just starts coming up!” she said.

Rey went into the show not expecting to win, but that was mainly because she genuinely didn’t think she’d win. But, when she played she realized that was far from the truth.

“It turns out all three contestants on every game know like 75 to 80% or more of every clue on that board. Including me. So I knew almost all the answers,” she said.

It was the buzzer that was her nemesis. Rey said that her opponents were 20 years younger than her, and they had an advantage when it came to their reflexes.

“Even when one of them would get it wrong, the other guy would get a rebound,” she said. “I’m just sitting there.”

Rey said that if she could go back and change a few things, she would work on her hand-eye coordination rather than spending all her time memorizing facts.

Another thing she would change is the fact that she knew the answers to both of the questions she got wrong.

One question involved the name of the main character in the movie Fight Club.

Rey accidentally mispronounced the name—Tyler Durden. The second question she missed was from her “dream ‘Jeopardy!’ category”—Broadway musicals. The answer slipped her mind.

It was only two questions, but they mattered, she said.

“It’s not like other mistakes in life where you might get another chance.” Rey said, “You will never be on Jeopardy! again. So that’s it. That was your one shot, but you don’t want to come out of it with any regrets.”

Not only was it an amazing experience to appear on the show, but the online support from former friends, family, and Jeopardy! fans “doubled my joy.”

“I had people emailing who I haven’t heard from for 20 years. That just added to the experience.”

Above all Rey said, her miscalculation during Final Jeopardy! (the last round of the game) was a “big mistake.” Wagering is a big part of Final Jeopardy!, and even a small error could affect the contestant’s entire game.

“You have to study wagering because that matters a lot, and I did.” she said, “In the moment, for whatever reason, the nerves or the stress, I had in my head that the person in second place had $15,000 and that first place person had $17,000.” In Rey’s mind, she was better off holding her money and letting the other contestants battle it out.

“Not only in the moment did I have those words in my head, but also the four weeks between when I was there and when my episode aired. And then the first time I watched the episode with my friends and family, we had a zoom viewing party. I still didn’t even notice.”

“It wasn’t until later that day someone commented online about my wager, ‘why did you do that?’ and I looked up the scores and I was like, ‘oh my God.’”