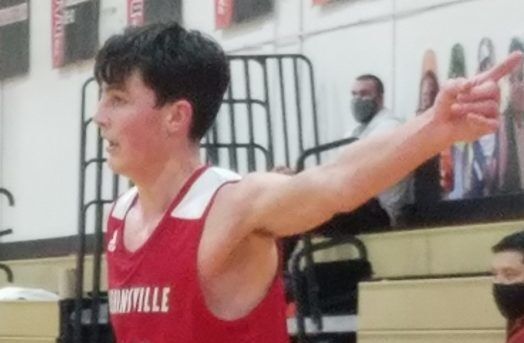 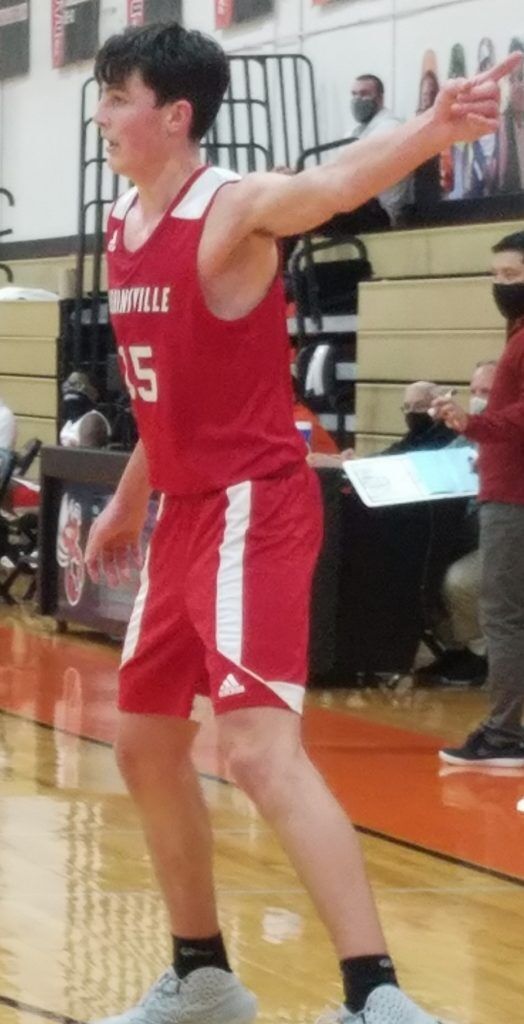 When folks look back at when Robbinsville High’s boys’ basketball program went from a Colonial Valley Conference also-ran to one of the league’s top programs, several key players will stick out.

One of the most obvious will be junior Brian Herbert, who has been right in the middle of it all for the past two years.

“I think it is awesome,” Herbert said of being part of the uprising. “When I was a freshman, I saw that our team had a lot of potential and that carried into last year where we won 20 games and the Valley Division title. I’m lucky to be surrounded by great teammates and coaches that understand what we need to do to become a successful program.”

This year, Robbinsville was 8-2 through 10 games.

“I would definitely say Ryan Smith and Brian Herbert are leaders in our program this year,” Hayes said. “They have definitely held the team to those high standards. We’ll continue to see if Brian does that next year. It’s what we fully expect. “

Those expectations began before Herbert even got to high school. He was invited to the Ravens summer workouts prior to his ninth grade year and made an immediate impression.

“It was clear that skill-wise, he was one of the most talented players in the gym that summer,” Hayes said. “We invited him to some of our summer league games and he didn’t disappoint at all. There was one game against Hamilton West where he had 24 points. We were like ‘This kid is definitely going to help us as a freshman this year.’”

Which he did, averaging a modest 5.3 points per game while hitting 16 3-pointers to give the Ravens another outside threat along with Brian Tierney and Cory Bork. Robbinsville struggled that year but surprised all of Mercer County with its rise from the ashes last season. Herbert averaged 7.5 points while chipping in with 76 rebounds, 23 assists, seven blocked shots and 25 steals.

Through 10 games this season, he was averaging 17.4 points, 7.1 rebounds and 2.2 assists, trailing only Smith in all three categories. He was second to Pratham Nadig in blocked shots with 13, and led the team in 3-pointers (19) and steals (18). He had two double-doubles, and was one point and two rebounds shy of gaining two more.

His stats are a product of two things —growing from 5-foot-11 as a freshman to 6-4 this year and, more importantly, dedicating himself to the game.

“He works really hard on basketball, it’s his number one passion,” Hayes said. “Nobody in our program puts in as much time to develop their skills as Brian does, whether it’s shooting, working on ball handling, becoming more physical. He’s just really dedicated a lot of his time over the years to continuing to develop as a ballplayer.”

Much of that has to do with his family background. Herbert’s brother Austin was a standout goalie for the Ravens soccer team, while his sister Kaitlyn was the first 1,000-point scorer in the history of the girls’ basketball program.

And if he wasn’t playing at Robbinsville, he would be playing wherever he could.

“Basketball is a game my family loves,” Herbert continued. “We are always watching games on TV and competing against one another in the driveway. I had the chance to watch my older sister and brother compete at a high level and I knew that was something I also wanted to be a part of. I’m also lucky to have had the opportunity to play for great AAU programs from a young age that have helped me develop my skills and further my passion for the sport.”

Herbert began playing rec hoops in first grade and started AAU in third grade with the Mid-Jersey Mavericks. From there he went to the New Jersey Shoreshots before moving to the Jersey Force in eighth grade. He also played CYO ball for St. Gregory the Great in Hamilton for six years.

As a youngster Herbert played forward but didn’t grow for a while, thus he moved to the guard/wing spot during middle school. That helped him focus on improving his ball handling and outside shot, which are talents he has honed while playing the wing for Robbinsville.

When asked to play with the Ravens that summer before ninth grade, Herbert couldn’t say yes fast enough.

“I was very excited to get that invite,” he said. “Playing with the high school over the summer allowed me to experience playing against kids that were four years older than me. This helped me to see the type of players I would face in the upcoming season and what I needed to improve on. Coach Hayes has always pushed me to be the best athlete I can be and being invited to play in the summer league before high school instilled more confidence in me as a player.”

Although his stats weren’t eye-popping in ninth grade, Herbert made a positive impact.

“That year he was probably like 5-11 but he always had super long arms,” Hayes said. “He did a lot for us. He had to run some point for us that year. He showed he could handle the ball.”

Plus, he gave an early preview of his poise at crunch time.

“There was a big situation when a coach on the other team got a technical in the last minute of the game and it was a one-point game,” Hayes said. “We went right to Brian on the free throw line knowing he’d been the best free throw shooter on our program. He knocked down both of those in an early game in his freshman season.”

He did the same again last year when he missed the front end of a one-and-one, only to come back seconds later and calmly make two to seal what would become a one-point win over Hamilton. In this year’s season opener, he sank two from the line with 10 seconds left in overtime to force Nottingham to go for an unsuccessful 3-pointer in a 76-73 win.

“I work on free throws almost every day,” Herbert said. “My experience playing AAU basketball has helped me prepare for the high pressure situations.â¯I try to focus on what is in front of me and block all else out.”

He is usually focusing on basketball in general, but does manage to step away from the sport at times. One of his favorite activities is going to the St. Greg’s Appalachia Community Outreach, which was unfortunately cancelled this year. He is also a beach-goer in the summer, but that doesn’t stop him from honing in on hoops.

Despite the pandemic shutting down summer high school ball last year, it didn’t shut down Herbert.

“Over the summer I kept my focus on improving my game and getting stronger,” he said. “I spent many hours outdoors working through my routine in addition to outdoor practices with my AAU team.”

That was no surprise to Hayes.

“It was tough not to have summer workouts,” the coach said. “But Brian is one of those guys, whether we have team workouts or not, I know he’s gonna be working on basketball three hours a day, getting shots up, working on his handling.”

For now, Herbert feels his best attribute is his court awareness and getting the ball to his teammates to open up the floor and get everyone in the flow. He also praises Smith for opening up lanes and creating shots for other players, and feels, Nadig, Luke Billings and Robbie Kammerer have stepped up nicely in replacing last year’s seniors.

And while he is surrounded by good teammates, Herbert sets the tone according to his coach.

As for what he needs to work on, Herbert is looking to improve his inside game and rebounding while putting his height to maximum use. He wants to play in college and Hayes feels it will happen.

“We ask him to do a lot for us and he does it well,” the coach said. “If you’re 6-4, long, athletic, can shoot, dunk and handle the ball, there’s a spot for you at a Division I college. I’m excited to see where he ends up and watch his career continue to blossom.”