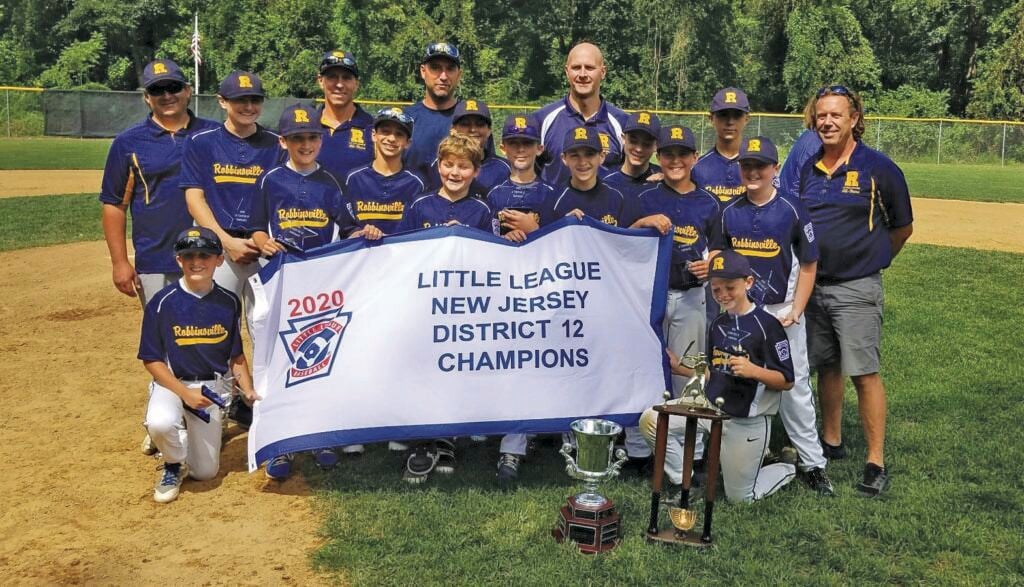 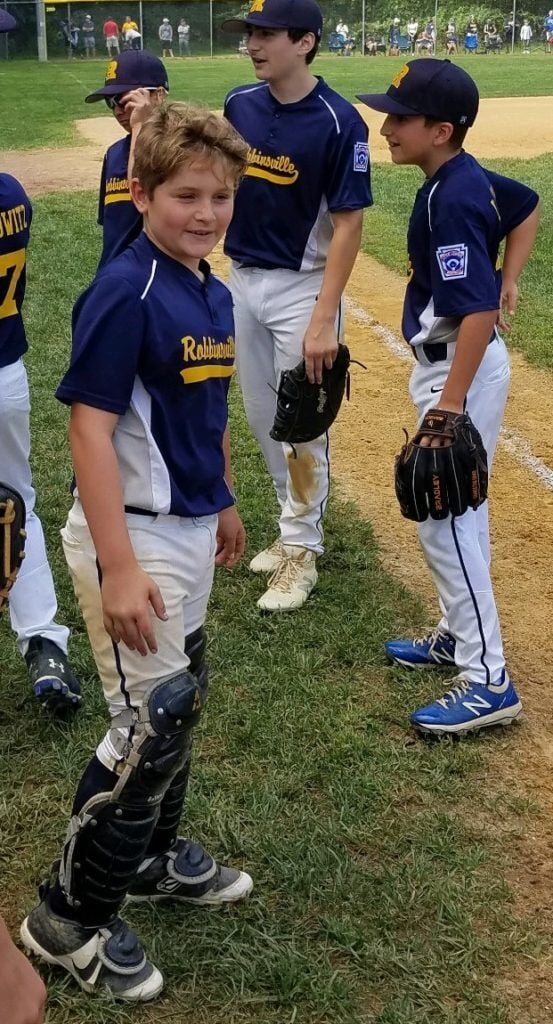 The Robbinsville Little League made history last month, and rest assured no one can ever call it a fluke.

Entering this summer, RLL had won seven District 12 titles, but never the coveted 12-year-old crown. That, of course, is the biggest of them all since, on a normal year, it is the first step to the Little League World Series in Williamsport.

Unfortunately, there is no Williamsport this year, but thanks to hard work by all involved, there were district, sectional and state tournaments. And Robbinsville finally laid claims to that elusive 12-year-old title with an utterly dominating performance at Sunnybrae Little League’s Ed Nevius Field.

There were no lucky bounces, fluky hits or questionable calls to make the opposing teams wonder “what if.”

In winning four straight, RLL outscored its opponents 28-1 and did not allow that run until a fielder’s choice with two outs in the final inning of the championship game.

When it was suggested to lights-out pitcher Tyler Bunnell that the run was no big deal, he shook his head.

And that spoke volumes about how intensely the team competed. Yet, at the same time, it didn’t feel pressure thanks to a philosophy from past and present coaches.

“This really is a tribute to the teams and managers that came before us,” said manager Joe Hopkins, whose team began Section 3 play on Sep. 18. The team lost to Clark, 2-1, in eight innings.

“Sometimes we overlap each other with our teams and coaching and we learn from each other. Everything we put together here is a result of the last three or four years of coaching experience with these guys.”

He then provided an example.

“Last year’s squad was a very good squad, they came up a little short,” Hopkins said. “Their coaches were fantastic coaches but were even better people with the kids. It was a different approach and it taught me—someone who had been coaching districts since 2013 – that there was a different way to go about reaching kids then just ‘drill, drill, drill.’

“Let the kids have fun. It doesn’t have to be over-complicated. It can be as simple as ‘We’re gonna do the same thing every day and watch the kids get better with the things that we preached.’ Practice doesn’t make perfect, it makes permanent.”

And this team will remain permanently in the record books as the first of its kind to accomplish what it did.

Alex Giordano, the other half of Robbinsville’s 1-2 hammer on the pitcher’s mound, was low key about the win.

This may have been the most unlikely of years, however, as the team consisted of seven 12-year-olds, four 11-year-olds and two 10-year-olds.

“That didn’t matter,” Giordano said of the youth. “We still thought we could win it. But I thought it would be a little more of a battle.”

Robbinsville never trailed throughout the tournament, which started with a 5-0 win over Bordentown in which Bunnell allowed three hits and struck out 10 in five innings. Giordano excelled in the outfield, fanned two batters in one inning of relief and had an RBI single, while Gavin Hopkins had two hits and an RBI and Johnny Fowler had two RBI.

Next up was a longball clinic by Bunnell, who had a double, two massive home runs and three RBI in a 5-0 victory over West Windsor. Hopkins added two hits, Jack Pintimalli had two RBI and Giordano tossed a two-hitter with five strikeouts.

That set up a huge game with Sunnybrae in the winner’s bracket final. The home team defeated RLL twice in the 10-year-old tournament, including the championship game (Robbinsville did not have an 11-year-old team last year).

“I remember that game,” Bunnell said. “It just motivated me more.”

It was an extremely important game. The winner would get two days off and would have two chances to win one game for the championship. The loser would have to win three straight games.

Due to the pitch counts in Little League, managers played a chess game in order to bring hurlers back with fewer days rest. Two of the district’s top pitchers toed the mound as Bunnell started against Josh Klena.

Klena allowed two hits and struck out nine in three innings and Bunnell allowed no hits and fanned seven over 3-2/3 frames. Both were removed in order to be eligible for Saturday. But Robbinsville had a huge advantage in relievers as Giordano allowed one hit and fanned five in 2-1/3 innings, while RLL struck for four runs in the fifth inning. Fowler had a two-run double, Hopkins an RBI single and Jax Kaber (2 hits) scored on a wild pitch.

“That was a very important win,” Bunnell said. “We may not have had any pitchers if we lost that game.”

Hopkins called it “A special moment.”

“I’ve coached district baseball and softball for eight different teams over the years,” he said. “We’ve put together a script every year for every team and almost immediately we have to go off script. Those two pitchers kept us on script and the kids made big plays. We kept pitch

counts down. Sometimes you do have to roll the dice. We rolled a little bit and it worked out.”

It sure did. Robbinsville received two days off and had Bunnell and Giordano available to throw on Saturday and Sunday (in the event they lost on Saturday).

By the time Lawrence had courageously battled out of the loser’s bracket with four straight wins, it had no pitching left and Robbinsville took full advantage with a 14-1, four-inning victory.

“I speak on behalf of the coaches and players that they’re honored to be the first ones to take home a 12-year-old district banner,” Hopkins said. “It’s certainly special. The kids worked hard. It was a crazy year, we had a lot of different distractions going on and this actually brought some normalcy back to the kids and our families. There are no words, really.”

What Hopkins lacked in words, he made up for in arms.

“Tyler is a phenomenal pitcher, he’s got pinpoint accuracy with both of his fastball and his off-speed pitches,” Hopkins said. “When you’re able to do that and I can go inside then outside up and away and I know he’s gonna hit his spots, it makes it a lot of fun to call a game. It’s really special.

“And then you have Alex Giordano, who’s not a number two pitcher. I’ve definitely got two number ones.”

Giordano felt the team had been gradually building to its success.

“Yeah we could see it,” he said. “We knew the 10s and 11s would do well. They had to play their hardest just to be with us, so we knew they were good.”

“We managed our pitching well,” Bunnell added. “Everyone was always available for every game, and we were consistent with our bats.”

Hopkins felt it was a group effort from the entire league.

“We have to thank this team, these parents, these coaches,” the manager said. “We thank District 12 for pulling this together, and Sunnybrae for being a class organization and having a fantastic venue for this and to our own league for supporting us. It’s not easy when you’re balancing district practices and still playing a regular season. Normally we have the regular season then go on to all stars.”

Making history never is easy. But it sure is fun.