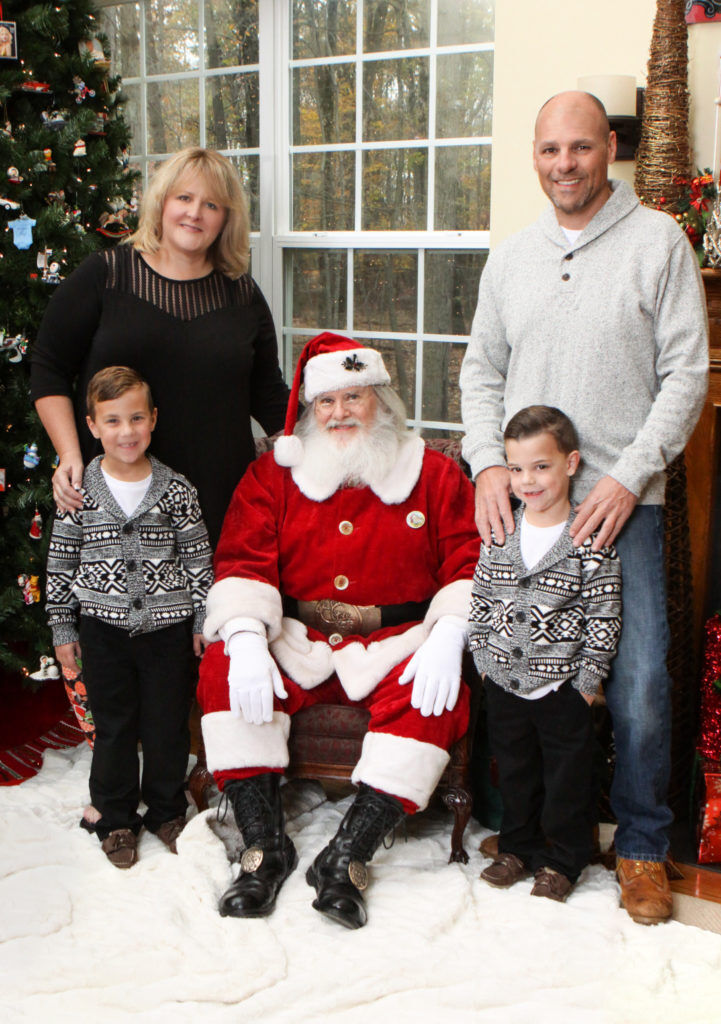 Desiree Daniels, her husband, Albert Sodaro, and their eight-year-old sons, Charlie and Frankie, pose with Santa at last year’s event. 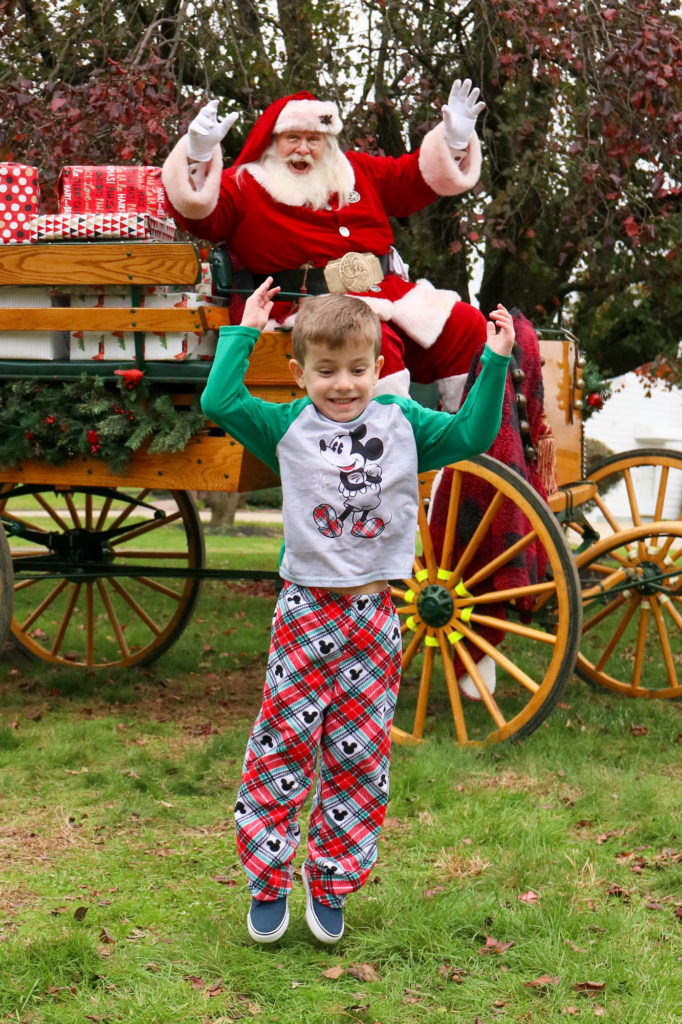 Taken at the home of Desiree Daniels in Robbinsville, N.J. Sunday, November 22, 2020. (Photo by Cie Stroud)

What started as a promotional tool turned into a reputation as the “Crazy Santa Lady” for Desiree Daniels.

Fifteen years ago, Daniels, a realtor, was looking for a way to make connections within the Robbinsville community. She didn’t have children of her own at the time, and she felt that she was missing out on meeting parents through traditional means, like recreational sports and school events—personally and professionally. So she looked to something that had always been important to her: Christmas.

Daniels started inviting guests into her Robbinsville home through an open house and Santa meet-and-greet event. She was already someone who loved decorating for the holidays—inviting strangers and Santa Claus into her home seemed like a logical step.

“It started out just in Robbinsville through direct mailing for a year or two,” she said. “It just shot from there. Now, we’re to the point where we’ve opened it up with social media. It started with just past clients and customers, and it’s just gotten crazier and crazier.”

Daniels holds the event every November so that families can get their photos with Santa in time to send out holiday cards. She said she normally sees 400 to 500 people coming through during the set time slot.

“That sounds insane, but it really is organized chaos,” she said. “Most people know how it funnels. It flows smoothly. We have it down to a science.

The event, she said, is really more of a party. Santa and other holiday friends—like the Grinch—pop up. Massimo’s donates pizzas. Balloon artists, juice and snacks are on-hand for the kids.

“People hang around, which is nice,” she said. “That’s why I think it’s so successful. It’s more warm and fuzzy than just going to a mall Santa. People are there and they’re seeing their friends.”

This year, though, Daniels obviously had to make some alterations. The event was appointment only for the first time ever—it was held outside, and guests stayed socially distant and adhered to no-contact guidelines. Instead of sitting on Santa’s lap, families posed in front of a sleigh on Daniels’s lawn. The setup also included fake snow and wrapped gifts.

That doesn’t mean the day wasn’t up to Daniels’s usual standards. She and her family—husband Albert Sodaro and their eight-year-old sons Charlie and Frankie—were more excited than ever to celebrate the holidays a little early.

“I had the photographer come over beforehand to figure out the best angle for pictures of the sleigh,” she said. “I wasn’t just going to drop it in the driveway. I needed to see what it was going to look like.”

Maintaining her sense of quality was important, Daniels said. She sees many regular families post pictures of past Santa meet-and-greets on social media, and though this year was different, she wanted to make sure they could look back on their 2020 photos and still feel the same.

“I know who they are when they walk in,” she said. “They may not have bought a house from me, but we know each other. They’ve visited my home around the holidays for 10 years. I hear over and over, ‘I can’t believe you do this every year, opening your house to all of these people.’ At this point, I can’t imagine not doing it. Even when my kids tap out, I’m still going to do it, and then I expect them to step up. They love it. They love seeing their friends. It’s a good warm and fuzzy event.”

And we could all use a little warm and fuzzy energy this year, Daniels said.

“Everybody still wants traditions,” she said. “Kids don’t understand that they can’t see Santa like they used to see Santa. As adults, we can barely grasp these changes in the world. How do we expect kids to? I never thought not to do it. It was just a matter of how. I love the fact that my house is always fully decorated by the second week of November because of this event. That is my sense of normal. There was no reason to alter that.”

Daniels’ decorations include a porch-side storefront that plays music, three trees and, of course, photos from the last 15 years of Santa events clipped to rope lights all throughout her kitchen. All told, the process takes about four days.

That effort is worth the relationships she’s been able to build over the years, though, she said.

And she doesn’t see that stopping any time soon.

“It started as a connection for me,” she said. “I needed to reach people because I wasn’t a soccer mom back then. Now, I have my boys. I don’t need the same connection because I have it naturally, but I’ll keep this up forever. Christmas has always been important to me.

She loves having regulars, even if that meant some difficulty scheduling this year. Every slot was taken within two hours of the list going up, Daniels said, and she had a waitlist of about a dozen people. Even after adding an extra hour to the event, she still wasn’t sure if she would be able to accommodate everyone.

But she made it work. And all that stress was worth the results.

“I have one client who has two daughters,” she said. “I watched those girls grow up. One of them has a child of her own, and now she brings that child to see Santa. It’s cool. It makes me feel good. I like doing it. I know that they are very appreciative. It’s not just a photo, it’s an experience, and I like that. Aside from real estate, I’m known as the ‘Crazy Santa Lady.’ Why not let people into my house? I can’t imagine not doing it.”