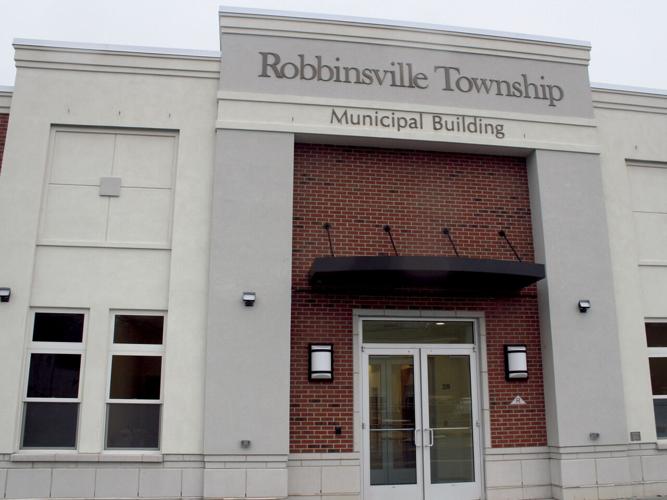 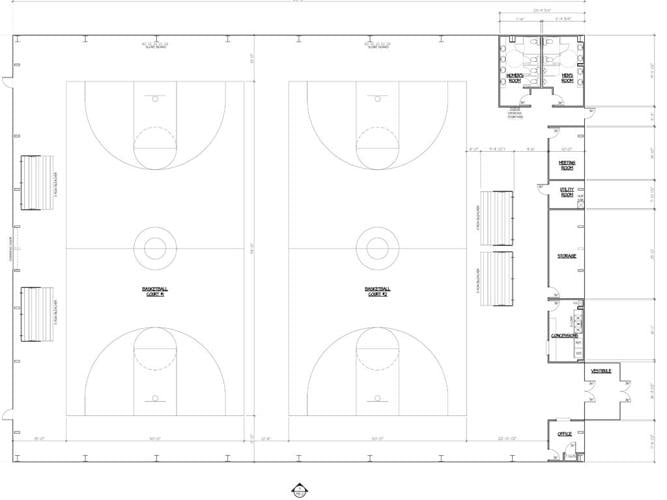 A draft floor plan for the proposed new recreation center.

Extra room for gym classes, indoor sports tournaments and even dance competitions could be coming to town in the near future.

Robbinsville Township and the Robbinsville Public School District are close to an agreement for the construction of an almost 20,000-square-foot recreation center next to Robbinsville High School that could be used for all of those activities.

The project would be built by the township and located on land owned by the school district, Mayor David Fried and Superintendent Brian Betze told The Advance.

“I’m fairly confident that we’re going to be able to do this,” Fried said. “I’m really excited about it. It’s a great initiative between both the town and the school.”

Betze said the district administration and school board are in favor of the project. “We’re all for it here at my level,” Betze said. “The board has not seen final drawings, but we have spoken with the finance committee and they’re all for it as well.”

The township had originally planned to locate a recreation/community center on the former Miry Run golf course property that it acquired as open space in 2019 but changed direction once the possibility of locating the project on the school site became feasible.

According to the mayor, part of the problem with the Miry Run site is that people who live and work near that property want it to be used for passive recreation only.

Fried said that he had approached the school district about the idea several years ago but was rejected.

“The process is something that we thought about previously, but the old administration was not for it,” Fried said. “With the new superintendent, the idea has revived itself.”

“The leadership here at the district values working with the township,” Betze said. “The mayor and I have a very good working relationship, and this project is for the common good. I’m not sure why it was not embraced before, but I can tell you, that if it makes sense for our students and it makes sense for the community, we’re on board.”

Fried and Betze both said they believe the deal will benefit everyone. “It’s kind of a win-win, to be able to help the schools and help the town,” Fried said.

He added that locating the center at the school site “will create a significant advantage for us from an accessibility standpoint... “We’ve already got really good infrastructure in place in terms of parking.”

The building is planned to be located near the front parking lot of the high school.

“We’re hoping to do a kind of a switch of land where we can get some of the property behind our softball field and expand out that way,” Betze said. “This way we can use the utilities, electricity, heating and cooling systems that we have in the high school.”

For the most part, the plan is for the building to be used during weekdays by the school district, and nights and weekends by the township.

“The school district is almost always out of indoor space,” Fried said “So during the day, when we’re not using it, they would have a place to go during bad weather and continue also using it for their teams.”

Betze said that during inclement weather, “we can move a class or two there. They can do basketball, volleyball, maybe indoor soccer or something along those lines, and that will help us out immensely during the day. We really haven’t reached out to the teachers yet or a coaches. I’m sure they’ll come up with ways to utilize it.”

The township already has some big plans for the center.

“One of the things that we’ve always wanted to be able to do is to be able to do some tournaments,” Fried said. “Having the three buildings next to one another—Pond, the High School and the recreation building—would allow some serious opportunities for us to do tournaments.”

“The high school is usually always full, so having another facility to do large dance or cheer type activities would be something else that we could do,” he said. “You’d be surprised at how these tournaments in all different venues are becoming more and more popular.”

The mayor said the building can also be used by the township for recreation camps during the summer.

In order for the project to proceed, school and municipal officials still need to work out final details and then the agreement would go before the Board of Education and Township Council for approval.

Betze said details to be ironed out include questions like responsibility for maintenance of the building, who will pay for the utilities, insurance and other similar logistic questions. “Once we’re both satisfied with that, we can move ahead with the project.”