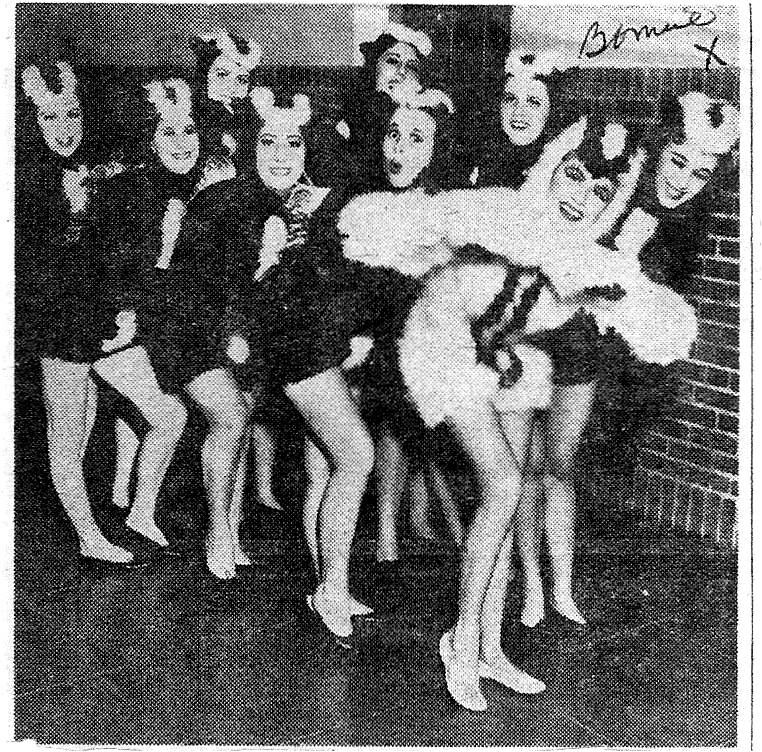 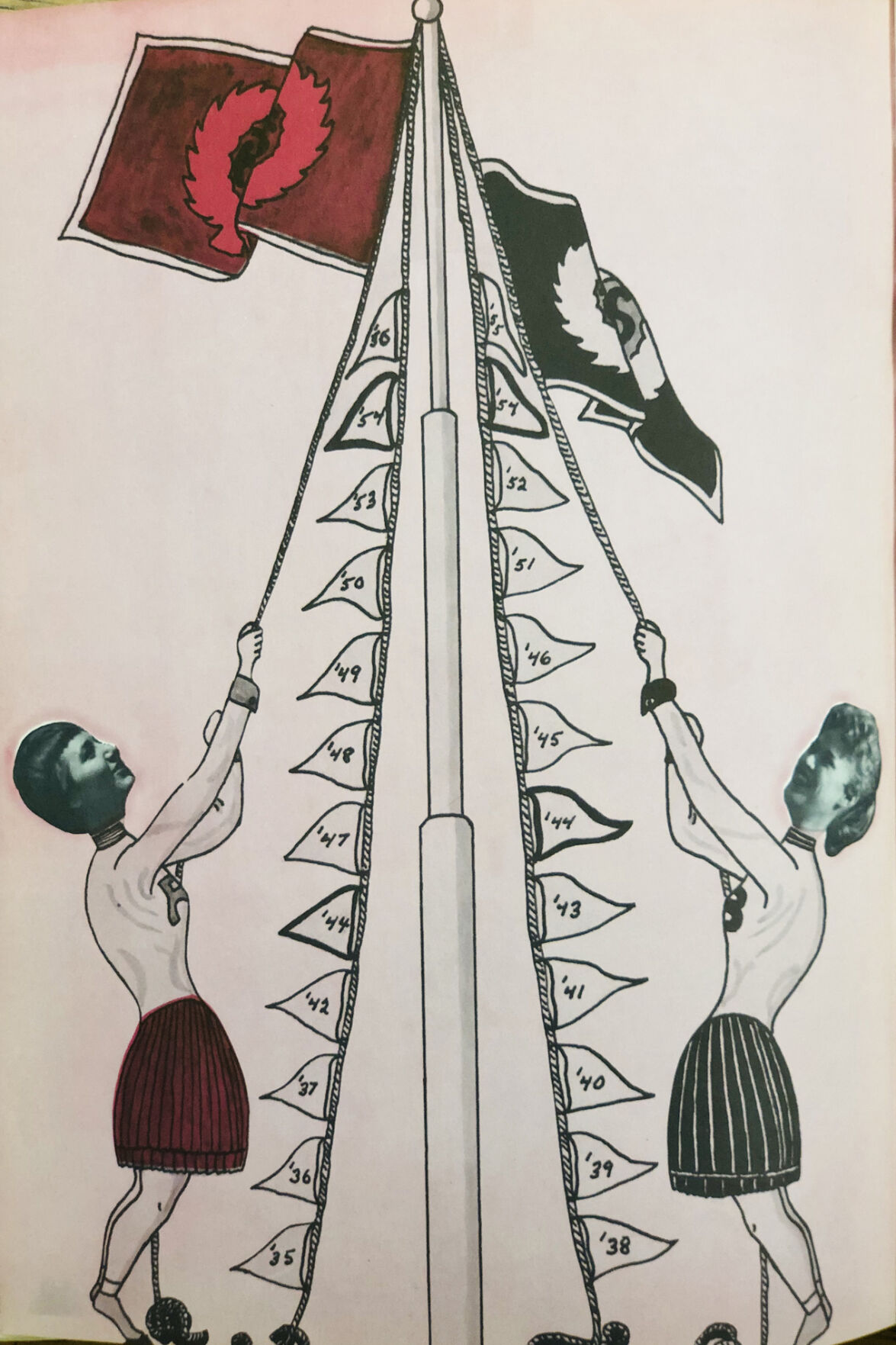 "Trenton High’s Sport Nite: The Mighty Reds vs. The Battin’ Blacks” is the subject of a new Trenton City Museum exhibit opening on November 19 and remaining on view through April 30.

“At last the girls’ have been given a chance to strut their stuff!” This was a remark heard in 1935 when Sport Nite made its debut; the brainchild of Dr. Paul R. Spencer, the school’s principal. Originally the purpose was to give the parents and friends of the students a chance to see what kind of work the girls were doing in their gym classes. That year, the whole affair lasted only one night.

Points were awarded then for the execution of five events: dancing, racing, tumbling, entrance, and cheering. Two teams, Red and Black, performed to the music of a piano and wore only gym suits as costumes with some added accessories in keeping with the dance or activity. The attractions of tumbling, pyramids, and stunts would later be replaced by races. Another event included in the first presentation that was dropped was the singing of a victory song by the losing team to the victors.

One of the greatest changes made for the second Sport Nite was the start of increasing the number of nights, increasing it to two nights. In its heyday, the event would cover five nights, taking in enough money to cover the school’s athletic program for the year. The grand march corresponding to a finale was added in year two. During the fourth year the idea of a central theme was introduced, so all the pageantry resulted from a cooperatively conceived topic.

Traditions would be established and carry from year to year, and slowly change with the times. In the 1940s when skating was popular, there would be huge skating numbers. That would later be replaced with tap and ballet.

Eventually a Red band and a Black band would be added, and boys would partake in the band and help with building scenery, moving the scenery, and operating the multiple spotlights.

From modest beginnings the annual affair would grow in popularity to being a community event. The year’s Sport Nite event would culminate with the victor’s red or black raised in front of the school as the student body watched. The school’s alumni would forever be identified in terms of Red team or Black team.

Sport Nite lasted continuously every year from 1935 until 1967. Because of unrest at the school, the affair was canceled in 1968 and 1969. It would be continued in 1970 and 1972, but interest waned, and the program would not be seen again until its revival in 1993. At that time, boys were allowed to join the girls in competition. The revival of Sport Nite would run for seven years, with the school’s last Sport Nite held in 1999.

Sports Nite continues today in the nearby Pennsbury School District, an offshoot of the Trenton original that began there in the 1950s.