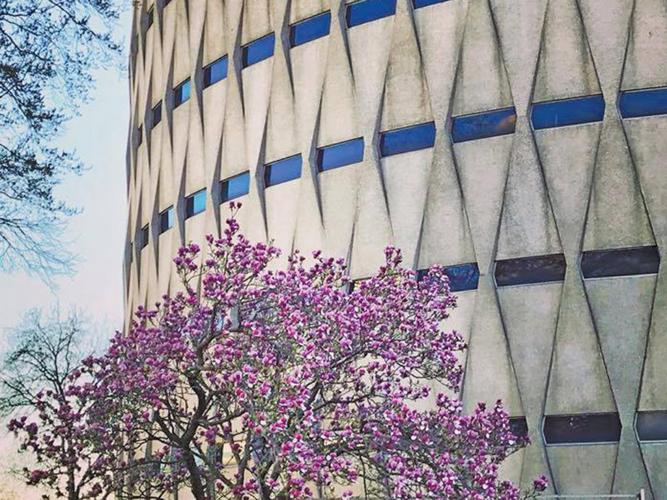 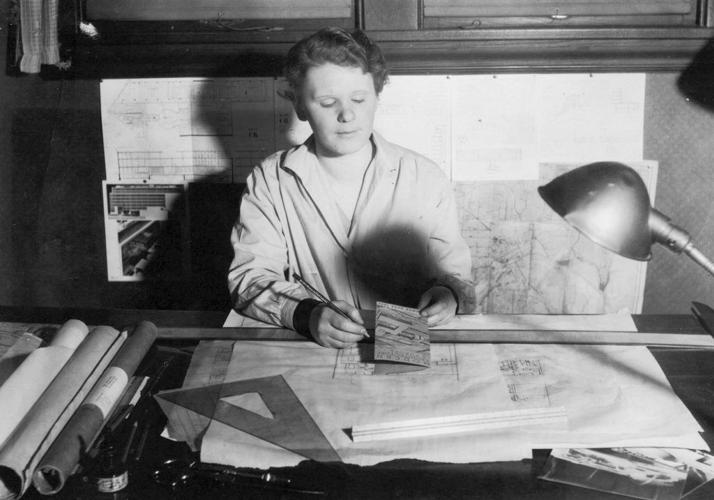 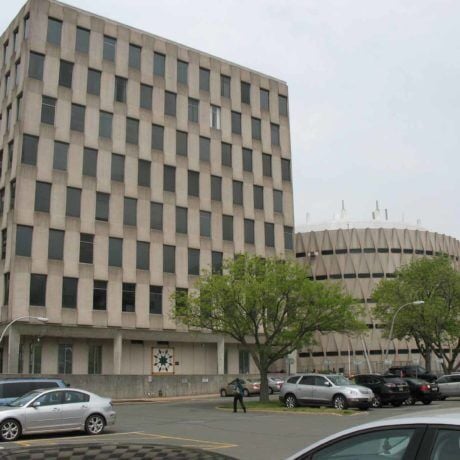 The New Jersey Department of Health and Agriculture Building on South Warren Street, consisting of an eight-story office wing and a five-story laboratory wing, is playing a role in an ongoing, slow-moving Capital City drama.

The story started with the famously miserly Gov. Chris Christie’s surprise announcement that he was giving the state two new office buildings, razing three, launching a multi-million dollar state house renovation, and leaving the cost to the next governor and the citizens of New Jersey.

When Trenton citizens and stakeholders saw problems related to state and city master plans, contemporary urban development practices, effect on downtown businesses, costs, and the legality of the ex-governor’s financing design that gave the project to the New Jersey Economic Development Authority, they created the Stakeholders Allied for the Core of Trenton, or ACT!, coalition, petitioned to change the plan, and sued the state.

Their actions were unsuccessful, and current Governor Phil Murphy’s administration has been making Christie’s plan a reality.

Now some of the same people who created

The reason is that it is a historically important building that can be used for mixed purposes and be part of the region’s “gallery” of architecturally important structures — ranging from the colonial to the cutting edge.

Here are some of the findings:

The New Jersey Department of Health and Agriculture Building — constructed between 1962 and 1965 as part of a plan to expand the state government campus — is an example of the monumental modernism that characterized the architecture of public government buildings throughout the United States in the post-World War II era.

The complex of two buildings uses a “brutalist” approach to design, one that “expresses itself in the use of exposed concrete and tinted windows treated as voids or holes in the solid mass of the exterior walls,” according to the Hunter Report.

Its designers were Alfred Clauss and Jane West Clauss, husband and wife architects who worked in the international style and other modern styles.

As the Hunter report continues, “Clauss was born and trained in Germany and graduated from the Munich Technical Institute in 1926. He came to prominence working for Ludwig Mies van der Rohe (one of the founders of the international style of architecture) for the Barcelona World’s Fair of 1929. This experience placed him squarely at the forefront of the modernist architecture movement in Europe, an experience he would use to his advantage following emigration to the United States.

“Clauss came to the United States in 1930, shortly thereafter winning an award for a prototype, all-steel-and-glass gasoline station for Standard Oil Company of Ohio. He worked for architects Howe and Lescaze on Philadelphia’s PSFS Building, a skyscraper of 1932 that is the first international-style skyscraper constructed in the United States and a National Historic Landmark.”

Clauss became a design presence in New York City and was represented in the Museum of Modern Art’s influential 1932 modern architecture exhibition. It was curated by noted architect Philip Johnson and featured designs from around the world, including work by Frank Lloyd Wright.

From 1934 to 1945, the Clausses collaborated on “Little Switzerland,” a Tennessee Valley Authority New Deal-era housing development credited with popularizing split-level homes in the United States and, according to Preservation New Jersey, “one of the earliest examples of the international style in the United States.”

The Hunter report adds that “West Clauss, a native of Minneapolis and graduate of the University of Minnesota in 1929, was the first American woman to work in the atelier of Le Corbusier (another major proponent of modernism in architecture and design) from 1932 to circa 1934.”

After World War II, the Clausses settled in Wallingford, Pennsylvania, and partnered with architectural companies in Philadelphia and Scranton.

In 1956, says the above report, they “opened Alfred Clauss and Associates in an office at 114 West State Street in Trenton. This office was under the direct supervision of Alfred and Jane West Clauss and may have been formed specifically in the firm’s pursuit of commissions from New Jersey’s state government. The Trenton office handled the design of the Health and Agriculture Building, as well as an expansion to the state’s youth correctional center at Yardville Heights.”

Other Clauss designs include modernist buildings for St. Joseph’s University in Philadelphia, University of Scranton, and the Philadelphia House of Detention.

In addition to the designers, the building also represents the contributions of others involved with establishing mid-20th century American modernism.

Frank Grad & Sons Company was the planning consultant for the Capitol complex after the state restated its goal of centralizing office spaces in downtown Trenton — an idea that started in the early 20th century but wasn’t realized until the post-war boom.

Grad founded the Newark, New Jersey-based firm in 1906 and was joined by his sons Bernard and Howard Grad in the mid-1930s.

According to the Hunter report, “Frank Grad & Sons was a leading designer and developer of Modernist governmental and corporate office architecture from the 1920s to the 1960s, and a New Jersey firm with a significant national presence.

“During World War II, Frank Grad & Sons was heavily involved with the design and construction of large-scale military bases overseas, and entered the postwar era as an important governmental architect with perhaps their best known commission being the James V. Forrestal Building complex (1965-69) for the U.S. Department of Defense in Washington, D.C.

In its argument to save the Health and Agriculture Building, Preservation New Jersey notes, “The complex is architecturally significant as an outstanding example of New Formalism-style architecture designed for government use in the City of Trenton.”

It is also one of the only examples of a modern architectural structure involving a pioneering woman architect who was at the heart of modernism — and had an office in Trenton.

It would become a type of reconciliation for the people of Trenton who saw the current building projects as an affront to their concerns regarding the health of the downtown Trenton area.

And it may also mitigate lingering city resentment on how the state’s Capitol Complex and John Fitch Way projects changed the residential look of downtown Trenton — including erasing residential working class neighborhoods.

Summing up the sentiments of many in the region, Preservation New Jersey encouraged the EDA to not demolish these buildings and make a state parking lot but “instead find a new use or a sympathetic buyer.”